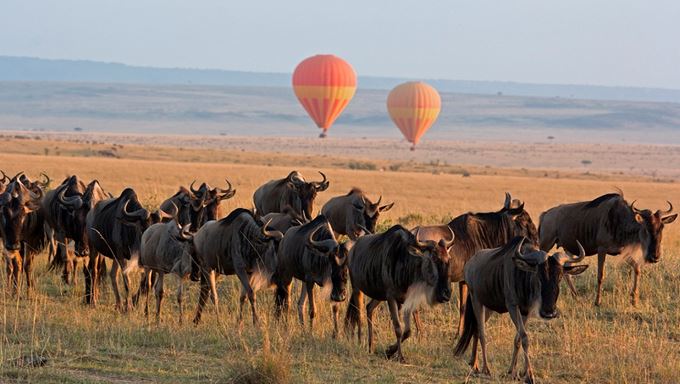 Kenya's Masai Mara is considered to offer one of the finest wildlife experiences in all of Africa. It’s easy to see why! With legendary wildlife and the finest luxury camps and lodges in private reserves, you can have an exclusive wildlife experience here, privately guided by the top guides in the country.

What do you think of when you’re asked to describe the archetypal safari? I expect the Masai Mara will fit this description exactly! Most people instantly respond with wide, open savannah plains. Tick! Secondly, extraordinary wildlife: the Big Five, the Great Migration. Another tick!

Why is Kenya's Masai Mara one of the best destinations in Africa for wildlife safaris?

From my own time living in Kenya, safaris to the Masai Mara with my own family, to now revisiting it most years, I have yet to experience the concentrations and variety of wildlife elsewhere that I witness regularly in the Masai Mara - and I have visited every Park and Reserve in sub-Saharan Africa!

It is hard to beat when it comes to the predators, specifically cheetah and leopard, which are becoming more and more difficult to find, as well as lion. There are excellent elephant populations too amongst a host of other fabulous wildlife! 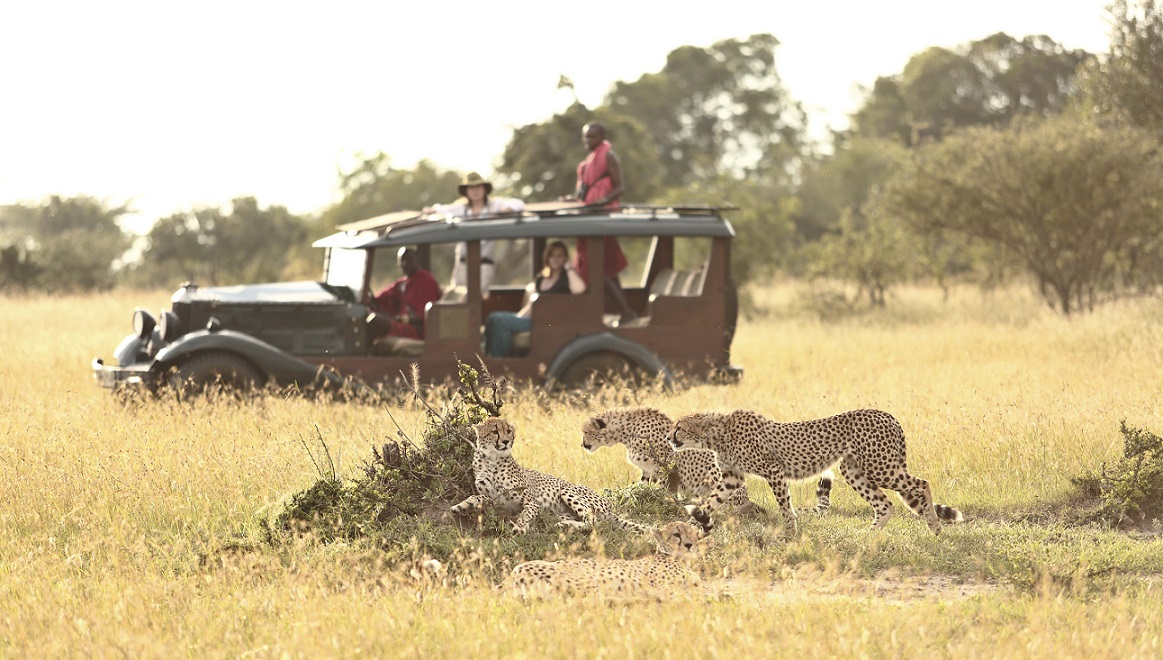 Then the double whammy when it comes to wildlife; the Great Migration. This epic cycle of wildebeest and zebra is now centre in our minds when we think of an African safari. We can thank David Attenborough’s prodigious BBC wildlife films for this awareness, which document Africa’s greatest wildlife phenomenon exquisitely. The most dramatic scenes can be seen when two million animals converge at the Mara River, undertaking their perilous crossing amidst a sea of anticipating prehistoric crocodiles, whose ancestry dates back over 70 million years. 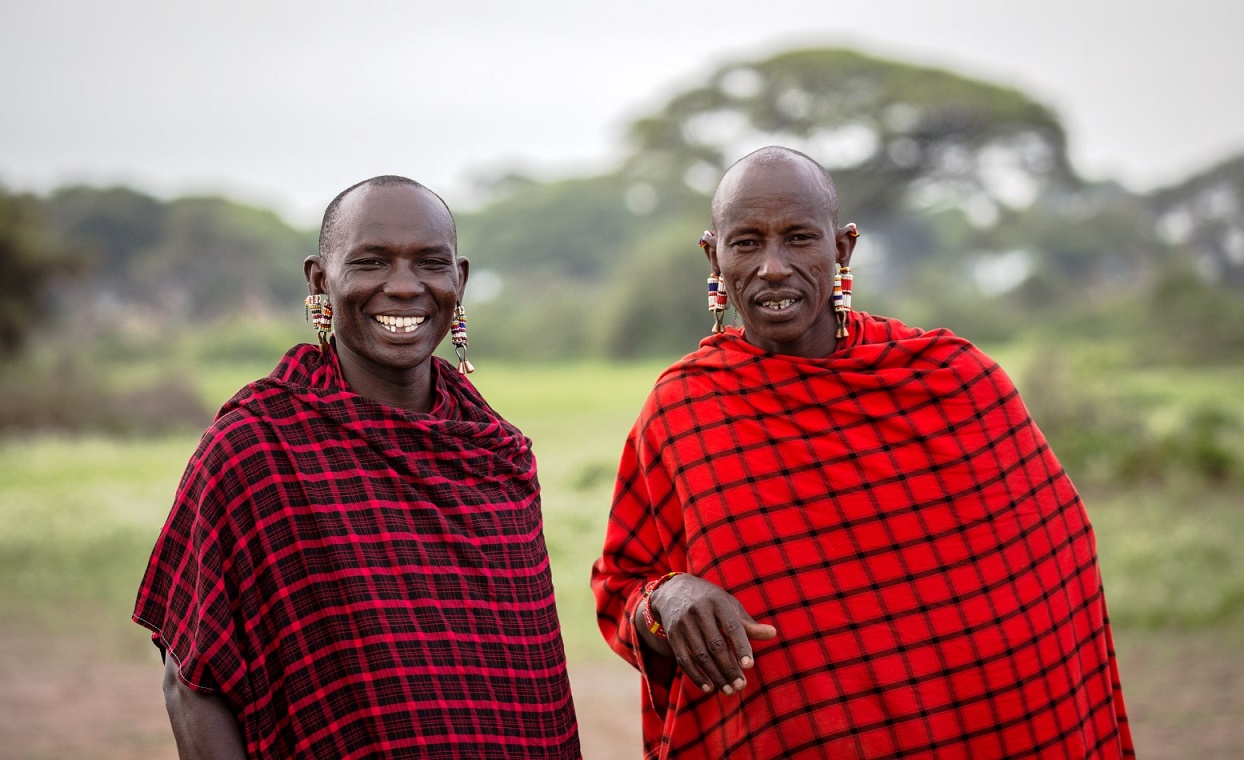 Cultural experiences in the Masai Mara

To complement and enhance your safari to Kenya, I would always recommend spending time with the warm Maasai people who make this land their home, and learn about their lives and culture. The Maasai continue to wear the distinguished red and blue blankets (shukas) but have hybridized cultures, combining the west with their own ancient culture (which dates back to the 15th century).

You will see them herding cattle on the plains, whilst trading them on their smart phones with the money being transferred through their Mpesa account! No need to travel to a town, when everything can be arranged remotely.

Three to five days later, the purchaser arrives on foot and acquires his cattle, whilst the Maasai herder returns to his mud rammed hut, sleeping with his head on a wooden stool, on the floor, the way their ancestors have done centuries before. Its simplicity and effectiveness is truly quite beautiful to behold – and long may it last! 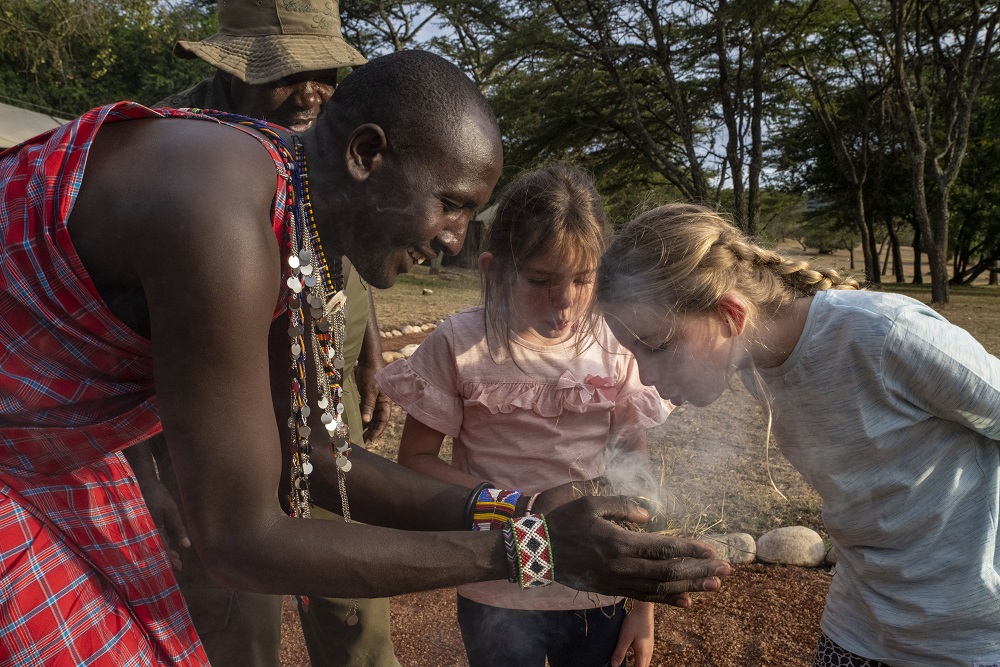 Where can you stay during your safari to Kenya?

I would always advocate for staying in a conservancy adjacent to the reserve itself, which allows for greater freedom and flexibility as you can walk and be without the crowds that descend upon the reserve itself. There are a number of truly excellent reserves, and some are more rewarding than others at certain times of year.

My favourite has to be Naboisho Conservancy, with around 50 000 hectares with just a handful of camps. But others include the Olderkesi, Olare Motorogi and the Mara North conservancy.

As for accommodation, my top recommendation is private and exclusive travel! I highly recommend selecting a luxury private villa such as Cottar’s Private Bush Villa where you can walk on foot with your guides and take game drives into the National Park, meet Maasai and learn from them in their ‘Warrior Training School’ (children adore this!).

Luxurious private tented camps provide a more immersive experience; where you can hear the sounds of wildlife nearby at night and listen to the lions roar in the distance! I always enjoy a stay at top private guide Sam Stogdale’s safari camps. This offers you the flexibility and freedom to explore the private conservancies around the Mara on foot, just you and your party with nobody else to please. Sam is a phenomenal guide and will show you all the small details that you might miss from a game drive vehicle. 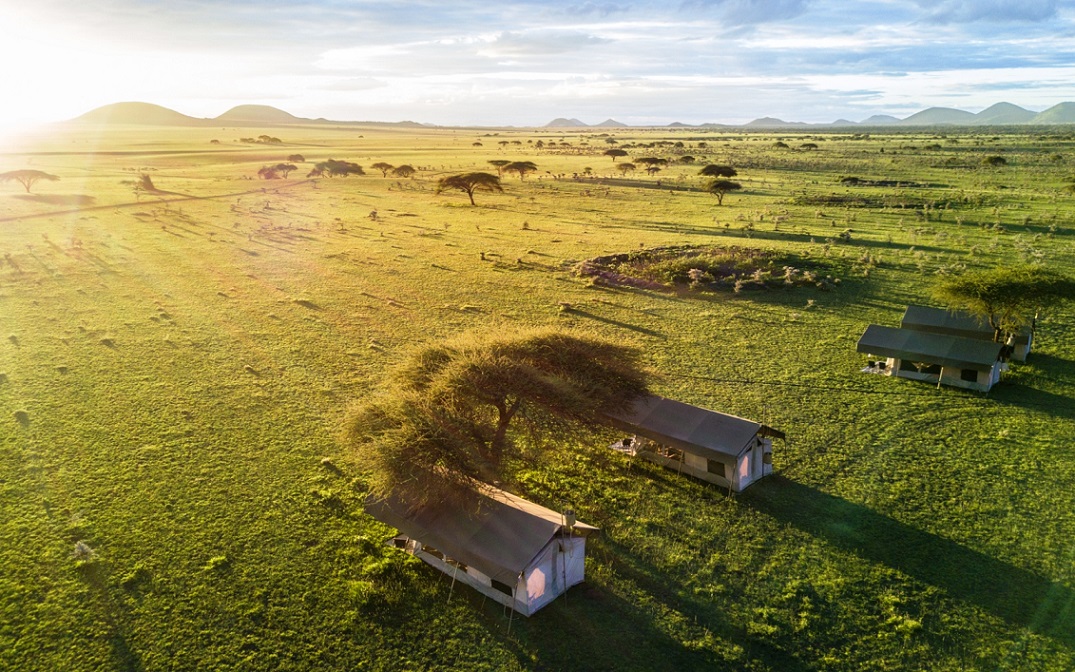 There are also rustic camps which you can have set up each night just for you, and walk between them each day, exploring the Masai Mara more intricately on a walking safari.

The annual spectacle of the Great Wildebeest Migration

So, why is the Great Migration such a sought-after event to experience by safari goers? My answer is that it is the largest migration of land mammals in the world! Over two million animals: 1.3 million wildebeest; 350,000 Thomson’s gazelle; 300,000 zebra; and thousands of eland and other ungulates (hoofed animals) participate in what has been called ‘The Greatest Show on Earth’ across the Mara-Serengeti eco system which constitutes 100 000 km2.

Nobody knows for certain how the wildebeest know which way to go, but it seems that the endless cyclical journey is dictated by their response to the weather; they follow the rains and the growth of new grass. Early rainfall precipitates earlier movements whereas late rainfall delays the Migration. 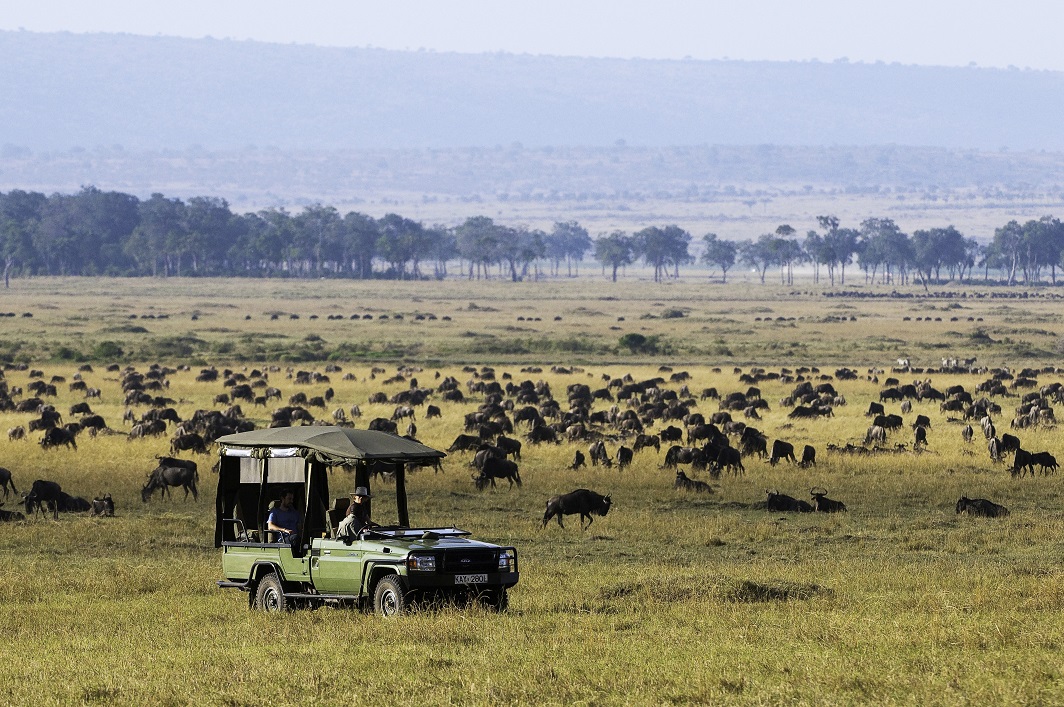 The wildebeest birth their calves around February when the herds are on the short-grass plains that spread over the lower northern slopes of the Ngorongoro Crater highlands and around Olduvai Gorge in Tanzania. Some 400,000 calves are born here within a period of two to three weeks. That is approximately 8,000 new calves every day!

Around March, at the end of the short dry season, the grassy plains of the southernmost Serengeti in Tanzania begin to dry out and the wildebeest move on, heading towards the western woodlands.

They then move to the western corridor in June, in the Grumeti region in the Serengeti. They then cross to the Masai Mara in Kenya. Historically,  it has been known for them to cross as early as June, but more frequently this takes place around mid-July. Here they tend to stay through September. 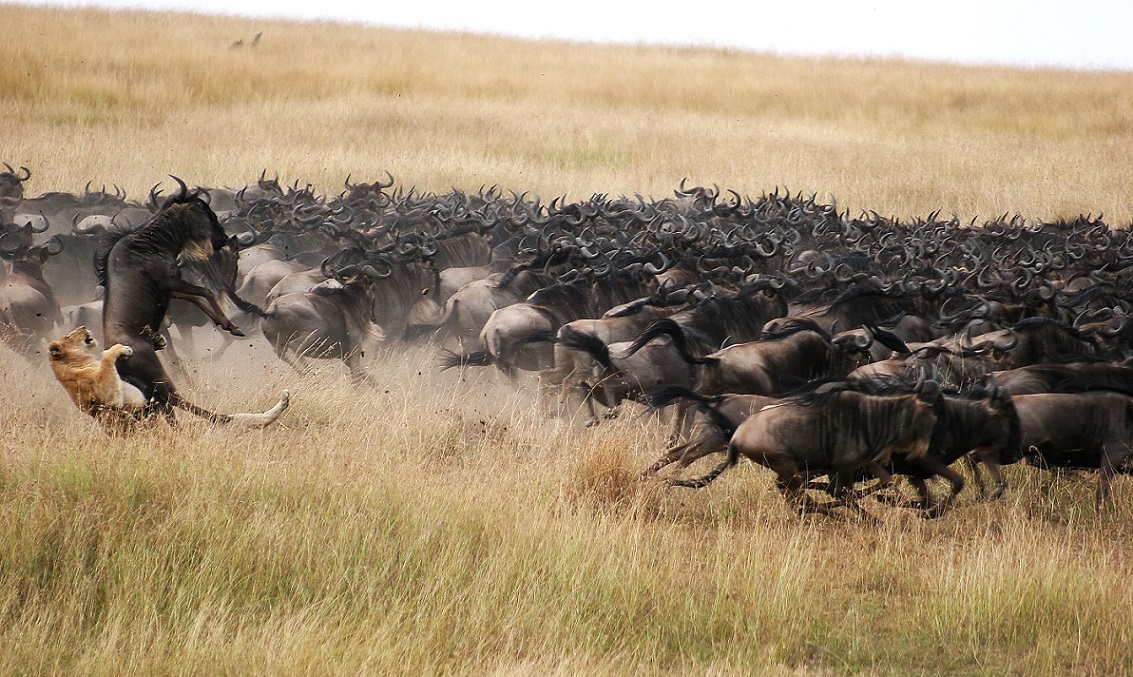 By August, the herds have faced the challenge of crossing the Mara River and are spread throughout Kenya’s northern Masai Mara region and the Serengeti. In years when the river is in full flow, the panic and confusion at the crossings – combined with waiting predators and surging currents – can cause massive loss of life.

But, even in years of relatively gently flowing water, the crocs take their toll – not to mention the lions and other large predators that patrol the banks, ready to ambush any wildebeest that make it to the other side. There is no single crossing although there are specific crossing points they tend to favour: At some spots, there are just a few individuals, while others see a mass of animals moving without a break for hours. 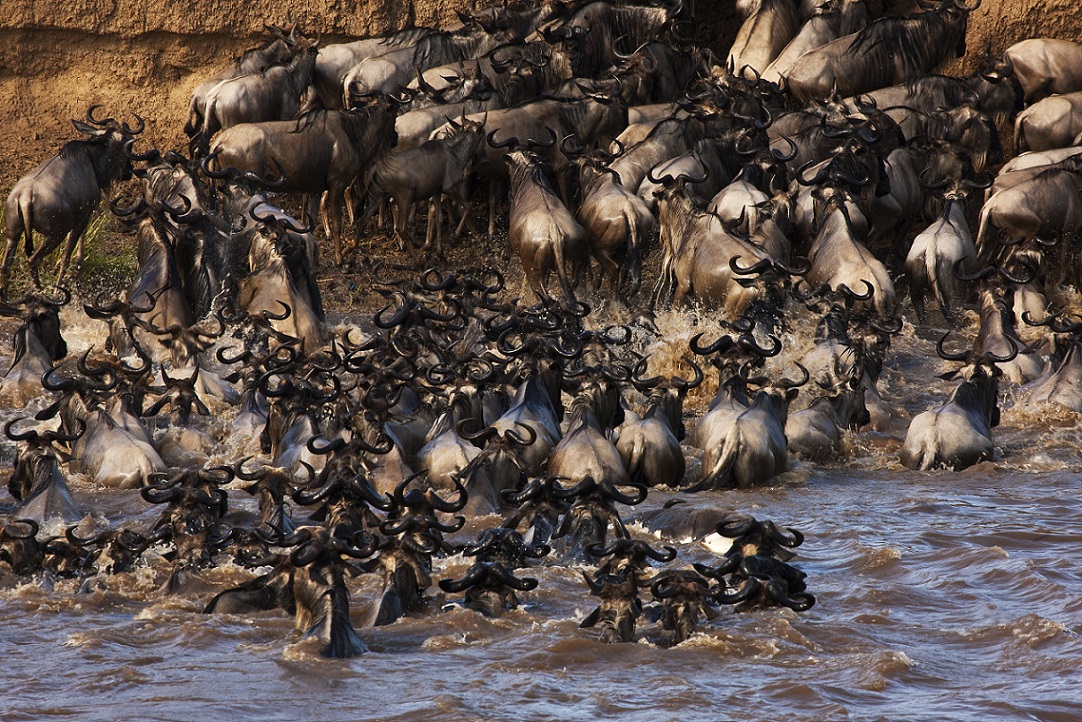 Although it is fascinating to see the Migration in the Masai Mara, and knowing their usual journeys you can plan to see a specific part of the journey as a part of your travel, you truly should not get hung up on only seeing the Masai Mara during the period of the migration!

My secret season, when I love to be there best, is April, the beginning of the rains. With few tourists and greater value for money, the wildlife is every bit as beguiling and plentiful as at other times of the year, with the added privilege of witnessing it almost entirely by yourself!

You could stay at a lovely camp such as Mara Plains, an opulent fixed camp with proper beds and copper baths set up to take in the best views of the surroundings. They are hidden in the forest on the bend of a river within the 100,000-acre private conservancy, providing an intimate experience and exclusive viewing of the most iconic wildlife on the planet. 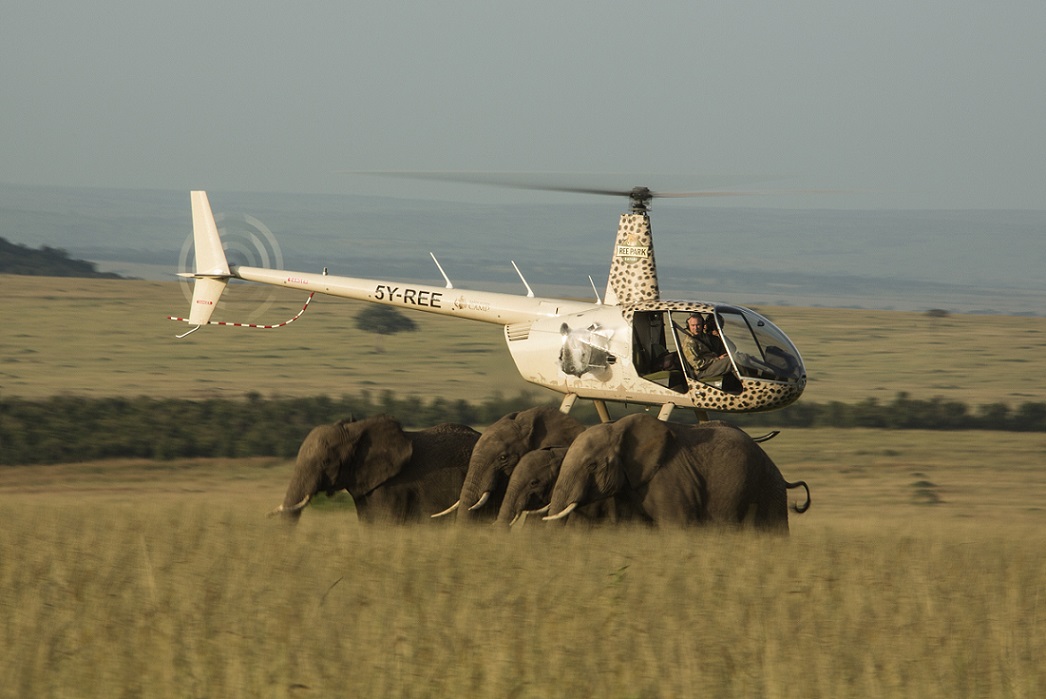 Conservation in the Masai Mara

I always encourage travellers to give back as a part of their safari in Africa. The Explorations Company’s charitable arm has done due-diligence on, and formed partnerships with, a number of incredibly worthwhile charities that you could consider donating to as a part of your journey.

One such organization that does fantastic work is the Mara Elephant Project, which acts to conserve elephant in this habitat by anti-poaching efforts, tracking them in order to protect them and try to keep them from human-wildlife conflict (particularly the individuals who are known to crop raid), and by researching their movements to establish safe wildlife corridors for herds. 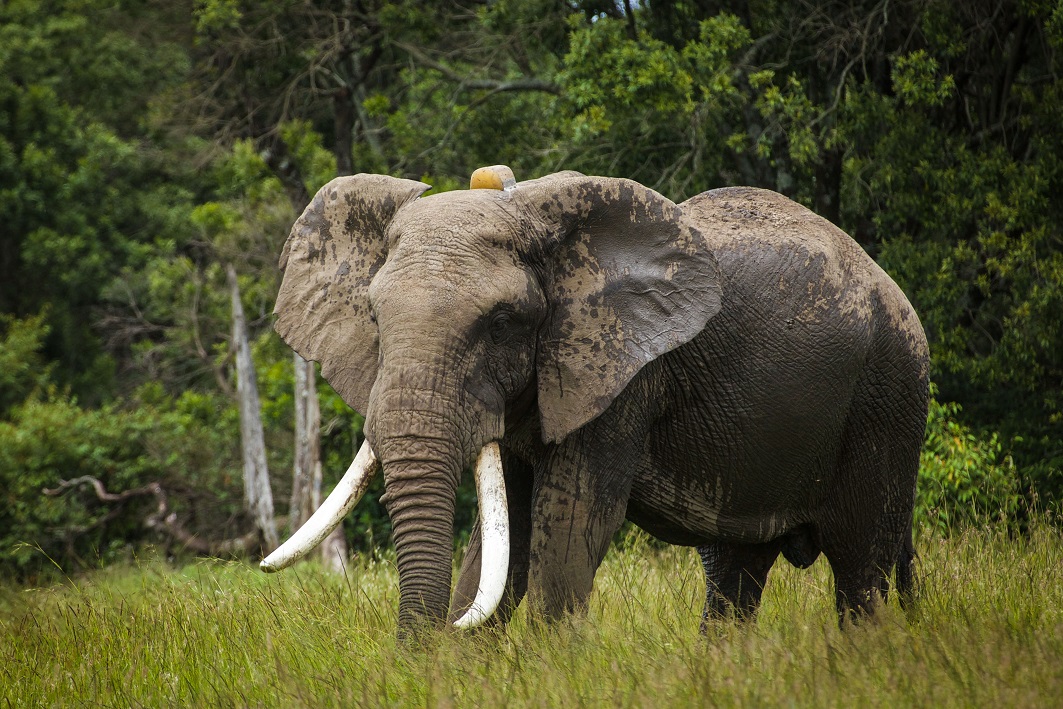 For a donation you could visit their Visitor Centre in the Mara, learn from their rangers and conservationists about their work, and take a game drive to track a collared elephant on your way back. This would make an incredible difference to the Project and help to support their ongoing conservation work.

If you would like more information about luxury safaris to East Africa, please do feel to contact me. Or, if you would just like to dream for now, you can do so at our Video Library. 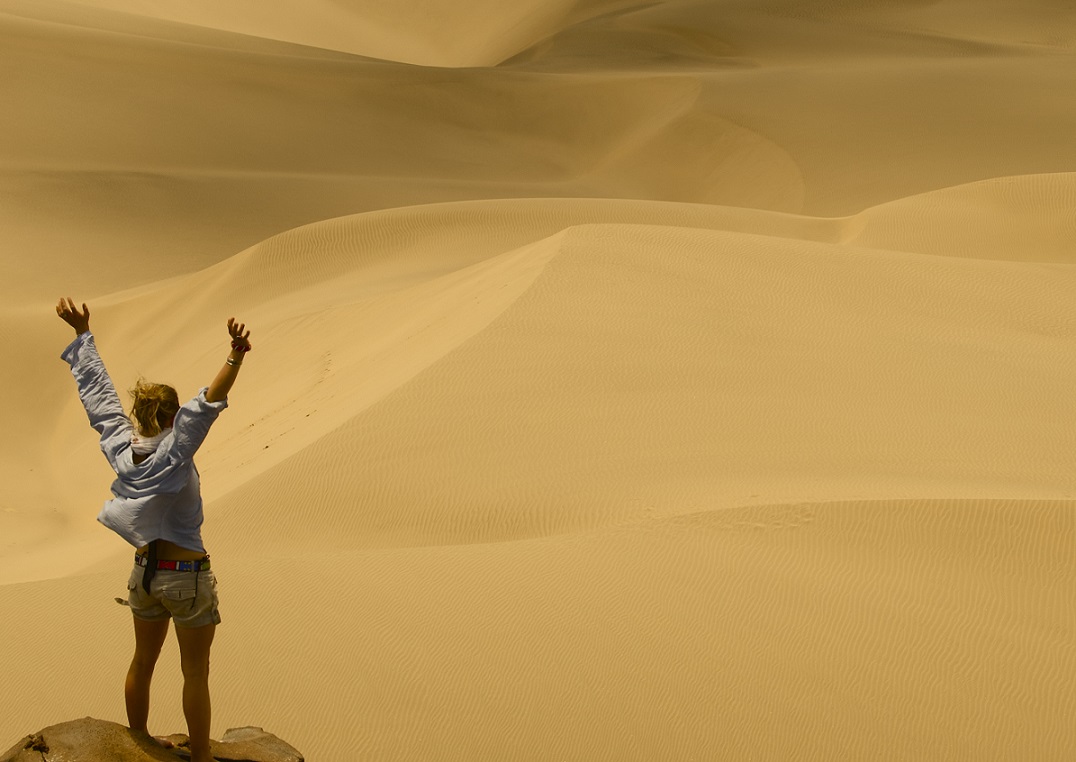 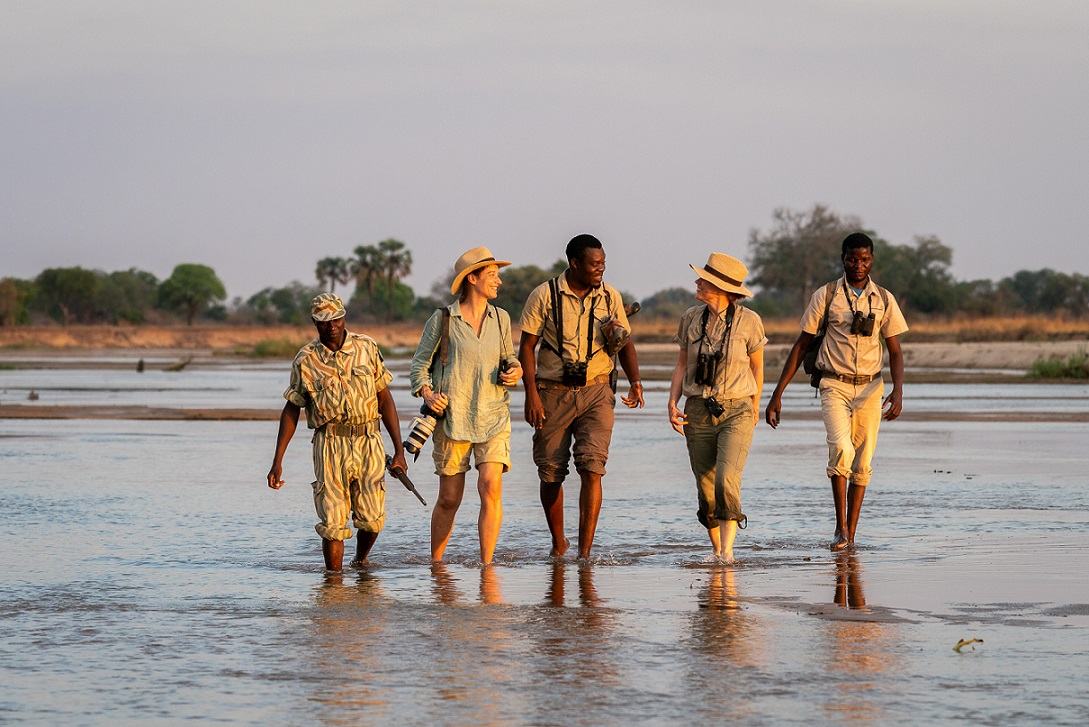 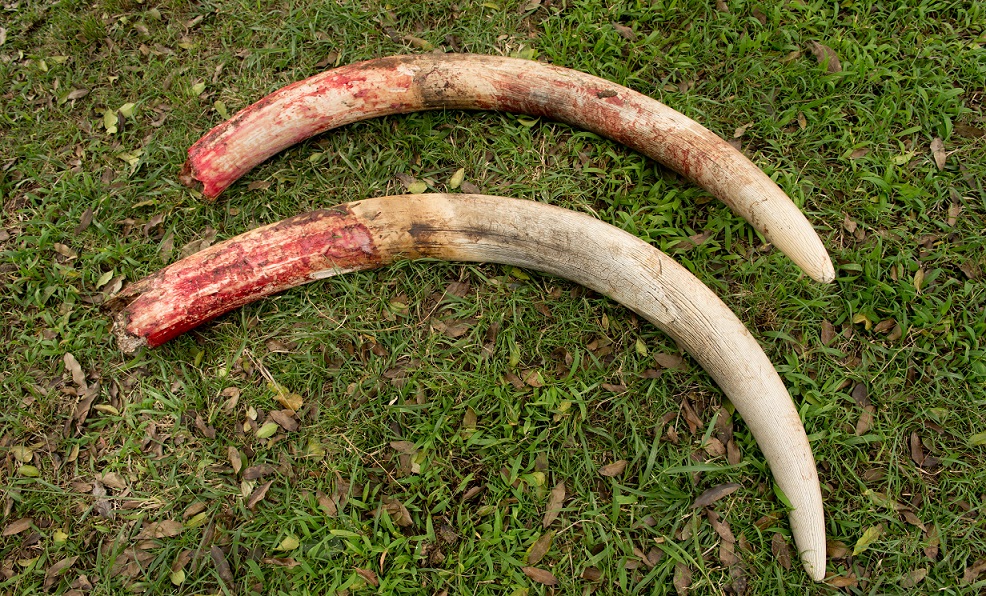 How can one help support elephant conservation on World Elephant Day?

World Elephant Day is celebrated every year on August 12th to raise awareness of the struggles elephants face to survive. You can help elephant conservation in Africa by donating or by visiting in person on your luxury safari to Africa. Elevate your safari to the extraordinary and leave a lasting positive effect from your holiday or vacation!