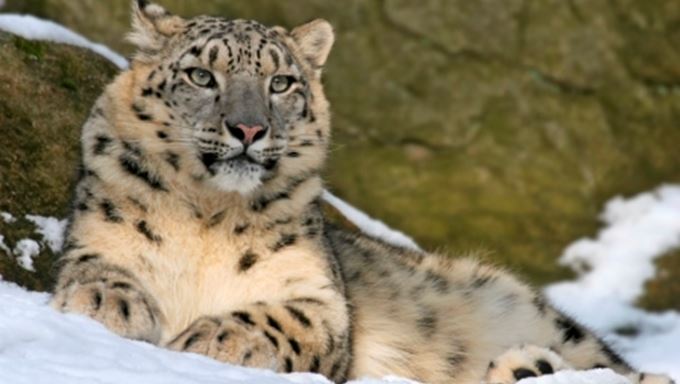 Snow leopards are featured in this week’s upcoming episode of Planet Earth II, showing on BBC 1 at 20:00 on Sunday the 13th November. This highly anticipated series is airing ten years after the original Planet Earth premiered. It is the first time the BBC has produced a series in ultra-high-definition 4k,and promises breath-taking sequences of wildlife all over the planet.

The BBC has also made history by managing to capture four of these elusive creatures on film at the same time, when the film makers witnessed a mother and her cub becoming trapped between two rival males.

If you have a chance to see this episode, it promises to be spectacular viewing. But if you’re an intrepid explorer and like me, entranced by the mystery of the snow leopard, I highly recommend the real experience.

Why are they so difficult to find?

Snow leopards are so rare that they are rarely captured on camera at all. There are estimated to be very few of them left in the wild, spread over the highest altitudes of Central Asia, including the high Himalaya and the Tibetan plateau, but due to their nature it is difficult to obtain an accurate population count.

Sadly, their survival is at risk from many pressures. Their high-altitude habitat (over 3000m) is under threat from climate change, they often conflict with humans (they will take domestic livestock for prey if it is available) and there is a risk from poachers who can sell their pelts for high values on the illegal market.

However, there is hope. Conservancy programmes have been working to protect the snow leopard for many years, and it is now possible to go on a snow leopard trek in Hemis National Park, Ladakh in search of this most mysterious of big cats.

The proceeds of the treks directly contribute to their survival. Expert conservationists are trained by conservancy programmes, and local people are assisted to co-exist with the snow leopard by help with predator-proof corrals for livestock. There is also the financial incentive that tourism brings, as trekkers stay in local village homestays, meaning locals now perceive snow leopards as more valuable to them alive.

Ladakh is a land of pastel hues and flaming sunsets. Arid and remote, high in the Jammu and Kashmir state of the Himalayas, it is also known as the land of passes or Little Tibet. Here, the borders of three contending powers collide in a wilderness of glaciers and forbidding peaks.

This is where Hemis National Park is found, world-renowned as the best area for snow leopard sightings. Founded in 1981 and increased in size twice since to become the second largest national park in South Asia, Hemis has the highest density of snow leopards in any protected area in the world.

But the snow leopard does not inhabit this mountain fastness alone. It sits atop a complex eco-system and shares its habitat with a number of other fascinating creatures like Tibetan wolf, wild dog, blue sheep, urial, red fox, Eurasian brown bear, Asiatic ibex and Himalayan marmots, while the skies are patrolled by such charismatic species like golden eagles and bearded vultures.

Villages climb away into the hill-sides, white-washed and red-trimmed mud houses picturesquely framed by apricot and willow. In Ladakh there is still the old untouched Buddhism of Tibet. Ancient monasteries soar, tier upon tier, up the mountainside and an age-old way of life is sustained by the piety of a free and unconstrained people.

What is the best way to search for them?

Snow leopards are rarely seen, but trekking in Hemis is the place where you are most likely to find them. A trek here is not a random one. Although their low numbers and reclusive nature – coupled with the inhospitable nature of their habitat - can make the possibility of actually finding a snow leopard the most forlorn of forlorn hopes, these treks narrow the chances considerably.

The treks take place at the end of the winter or early spring when the snow is at its deepest. The snow leopard is tied to its prey, and in vast and inhospitable country the prey is concentrated in the relatively few hospitable areas. By this time of year forage is scarce and the animals descend to the valley floors in search of graze and open ground. This narrows and focuses the search.

A snow leopard trekking holiday begins with around three days in Leh to acclimatise to the altitude. From here you can visit local villages and explore ancient monasteries, still following traditional Tibetan Buddhism practises.

I then recommend transferring to the Ulley valley, which is relatively free of tourism and the chaos of some other trekking bases. You stay in a local village homestay for around nine nights where you can relax in comfort and spend time with your warm and welcoming hosts in the evening.

This village homestay experience avoids the over commercialization of Leh and takes you out, off the beaten track to these untouched villages in the Indus valley.

From this comfortable base, you spend the next few days tracking snow leopards on foot and by SUV in three valleys with an expert local guide and tracker. The guide knows the habits of the snow leopard intimately and also interacts closely with the local people who will have seen signs of the cats’ presence. In the process there is plenty of opportunity for you to interact with the locals and learn about customs and traditions.

This close relationship with the local villagers and the expert knowledge of the guide greatly increases your chances of seeing snow leopards, so I urge you not to be put off by the nature of the Ghost of the Himalaya. This is one of the most outstanding and inspirational journeys you can make, as you trek in one of the most beautiful regions of the Himalayas. If you can go, you should!

Get in touch with us today to learn more about India vacations and holidays.