Kick Off Your Marriage With an Adventure, Say Travel Experts 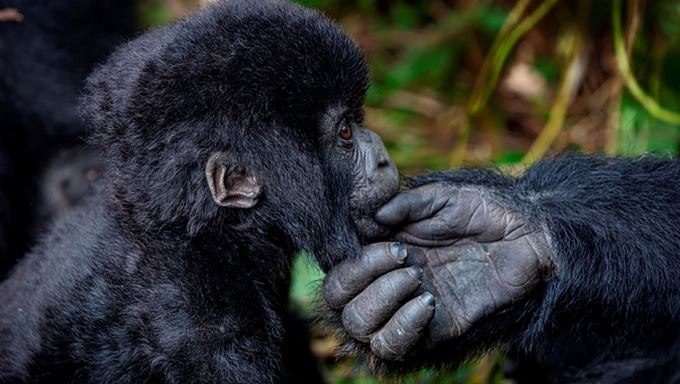 While many couples go all out on their wedding day, the average U.S. pair spends $4,466 on their honeymoon, three times the average amount for a typical vacation, says Trip Savvy. For luxury honeymooners — who make up 15% of the $12 billion a year industry — that number is $9,954. And for that much cash, today’s honeymooners are opting for more activity than the stereotypical sloth afforded by a beach resort vacation.

“In the past, it been more about introspection,” says Nicola Shepherd, CEO of, travel specialist for The Explorations Company. “Now, so many people are living together before they get married, it’s more now about having an adventure with that person and doing things that you enjoy together.”

Here are some suggestions from Shepherd on how to start off the greatest adventure of your lives with an equally epic adventure.

Nicola Shepherd says she’s arranged several private jet journeys to Antarctica for honeymoons. It’s an attractive destination for the wildlife, the landscapes, and the ability to one-up your friends’ boring trips to Europe.

“To say you’ve done an epic adventure is very cool and something you can tell your kids in the future,” she says.

The Explorations Company offers a nine-day private jet trip to the southernmost continent that includes a tour of an emperor penguin colony, ice tunnel exploring, and a visit to the South Pole.

You can also get up close to the glaciers with a sustainable cruise. The trips are carbon offset as part of their commitment to being carbon neutral, but they still include such deluxe touches as on-board chefs and personalized wildlife excursions. There’s also the opportunity to spend a day kayaking in crystal clear waters or snowshoeing through remote alcoves and hidden valleys.

It’s small-ship cruising, very intimate and it’s really appealing to honeymooners who want to do something different.

Alternatively Nicola Shepherd suggest you upgrade a traditional African safari with a trek through the rainforest in Rwanda in search of mountain gorillas.

She recommends staying at the new Singita Kwitonda Lodge in Volcano National Park, where more than a third of the world’s endangered mountain gorillas live. The lodge offers guided tours by local rangers that allow guests to spend an afternoon with a gorilla family, along with visits to the local Iby’Iwacu Cultural Village in nearby Kinigi and golden monkey trekking through bamboo vegetation at the base of the volcanoes.

Rwanda has gained a reputation as a hot, new travel spot for experience-oriented vacationers. Shepherd says “The trends in honeymoons are sort of edgy adventure,” and. “People don’t want to go where everybody else has been; they want their own mark.”

Uganda and the Democratic Republic of Congo are other options for off-the-beaten-path wildlife viewing in Africa. “It’s something really incredible to share with someone you’ve just married,” she says. “You’ll look back and say, do you remember when we went gorilla trekking?”

That’ll put the struggle of raising teenagers in perspective.

Shepherd goes on to say that she’s seeing more couples interested in volunteering while on their honeymoons than in the past.

“People really want a giving back component,” she says. “They want to start off married life on a good karmic foot.” For instance, she’s arranged English-teaching workshops in places such as Vietnam and Cambodia for her travelers to participate in. “We try to use volunteer experiences that aren’t voyeuristic.”

The Explorations Company offers a Cambodia Conservation Tour, which involves visits to the Phnom Tamao Wildlife Rescue Centre, home to the world’s largest sun bear sanctuary, as well as the Elephant Valley Project in Sen Monorom. Then you can help search for rare Irrawaddy River dolphins and endangered turtles in the waters of the Mekong River.

Shepherd also recommends a trip to South Africa offered by the Explorations Co., in which guests stay at a five-star game reserve and participate in rhino-notching and micro-chip implanting to help protect the species. You can also help build schools in Malawi or serve at a women’s center in Uganda.

If you’re looking for something to get your heart rate up (besides love, obviously), Asia Explorations Co. travel advisor Chinmay Vasavada proposes a walking holiday in the Himalayas. “People don’t just go on regular honeymoons; they want to include a wellness or spiritual aspect,” he says.

He suggests checking out Shakti tour operators that lead guided seven-night walking tours through such regions as Kumaon and Ladakh in India. Guests explore villages and monasteries, staying at local houses or camping in dome tents. Another option is the Ultimate Traveling Camp, with its cycling tours through Wari La.

Shepherd says she’s arranged gourmet cycling holidays in the Cape in South Africa, so honeymooners can try out the region’s cuisine while also burning off calories between meals. For instance, couples can take a helicopter to the top of a hill or mountain, then cycle down for the rest of the day, stopping for a gourmet picnic en route. In particular, she’s a fan of the Singita Lebombo Lodge in South Africa and its mountain biking opportunities.

“Often, people will be working very hard during the week, and physical fitness is a big part of their daily lives,” she says. “Just because they are on their honeymoon doesn’t mean they want to give up any of that.”

Another trending destination is Colombia, where honeymooners can mix adventure with beach time on the Caribbean coast. She recently booked a honeymoon for a couple at Hacienda Buenavista, an adults-only luxury boutique in Quindio, Colombia. The region is known for its coffee farms, which you can explore on horseback.

“You get the real mix of Latin American culture,” Shepherd says, “but the towns also have a colonial look that’s reminiscent of Europe”.

The Explorations Company has also seen increased interest in horseback riding in places such as Patagonia. For instance, they offer a four-day tour of Isla Las Bandurrias in Patagonia that includes hiking, boat trips, and horseback rides.

Even on a honeymoon, young couples now want to make the most of their time away, Shepherd says. “They want to pack as much as they can into their trip, rather than doing a fly-and-flop in the Caribbean,” she says.