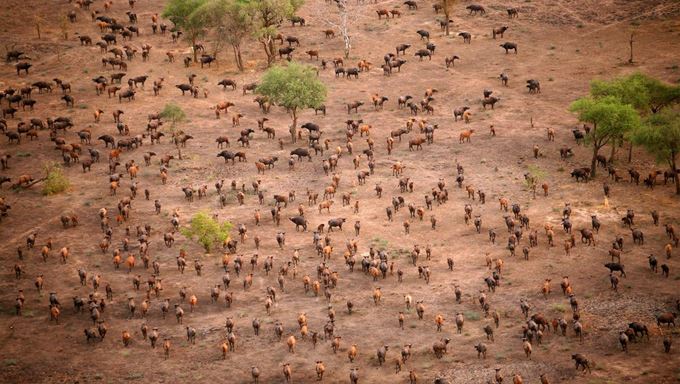 Your window for visiting Africa’s next great frontier has only just opened, and already it’s about to close. Chad, whose national parks had been blighted by poachers, is now the model for successful conservation (even if its border regions still generate midlevel warnings about crime from the U.S. Department of State). Nowhere is that more evident than Zakouma National Park. Between 2002 and 2010, all but 5 percent of the area’s elephants had been gunned down for their ivory; now it’s teeming not just with enormous herds of pachyderms, but with all the Big Five species. (Even the elusive black rhino has been reintroduced.)

Credit goes to African Parks, the trailblazing conservation organization presided over by Prince Harry, which has worked with the local population to transform the area. The organization runs the only two lodges in the park, a basic proposition called Tinga Camp and the far more swanky Camp Nomade. Booking the latter’s six canvas-walled, zero-footprint tents makes for total seclusion: guests wake up to the sound of roaring lions, survey the plains with expert guides, never see another safari vehicle, and enjoy elaborate meals by night. Come 2020 African Parks will begin limiting reservations to those travelers making substantial philanthropic commitments, raising the exclusivity of this epic experience while ensuring its protection for years to come.

When to go: You’ll find the densest concentration of Big Five sightings in Zakouma from January to early April—though March may be the single most animal-abundant month of the year.

When not to go: Late April through November. The park is closed due to scorching temps and heavy rains.

Whom to call:  Nicola Shepherd of the Explorations Company