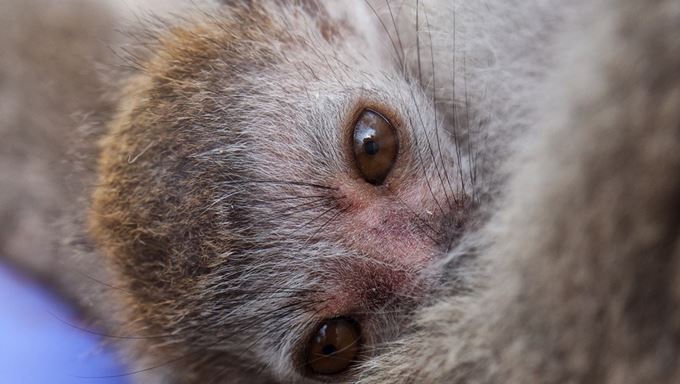 In November 2017 as part of a long-term project with the Amparihirano community, five threatened crowned lemurs made their way from Bekaraoka Forest to Nosy Ankao Island with the Time + Tide Foundation, their first species translocation.

Working with local partners and Madagascar government authorities, the lemurs were moved from an area of high poaching and deforestation on the mainland to the safety of their island's forested interior.

So far, the lemurs have adjusted beautifully to life there, thriving in the forested sanctuary. In fact, it is with great excitement that the Time + Tide Foundation have announced the birth of the first baby lemur born on the island!

Infant lemurs are considered vulnerable for their first year, so they will be closely monitoring the progress of this new addition.  Rangers have been employed and trained to work with the local community, and to track the lemurs.

The project has two main objectives, firstly to support the satellite population to thrive on Nosy Ankao Island, and secondly conserve the lemur population and habitat in Bekaraoka forest. The long term aim is that the Nosy Ankao lemurs will be returned to the mainland to bolster the population.

How has the community has benefitted?

This has benefitted the conservation of the crowned lemur, but also the Amparihirano community. The project has started initiatives with the community which include a reforestation programme in Bekaraoka Forest and sending a medical doctor to the community once a week.

The community then feels the benefit of tourism and of conserving the forest, and lemurs become more valuable to them alive than poached, an essential factor in the lemurs’ long term survival.

For a behind-the-scenes look at the translocation from capture to release, watch the video above. If you would like to plan your tailor-made safari to Madagascar and experience the lemur conservation first hand, contact us now!