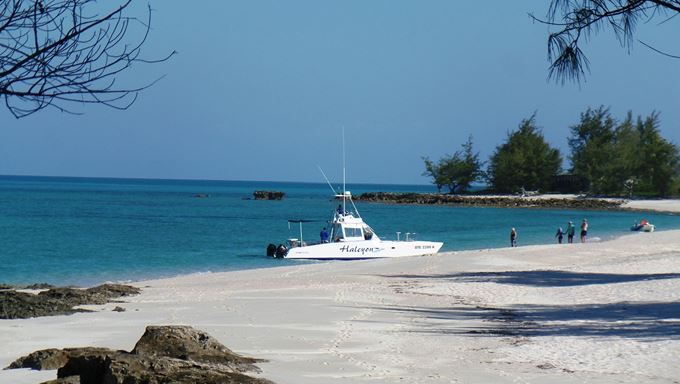 Nestled on white sandy shoreline, the luxury villas offer sleeping accommodation for up to 10 people in five separate villas. The gorgeous, but comfortable central lounge area offers not just a chance to relax in the evening, but also an opportunity to enjoy a cocktail whilst watching the fiery sunsets over the Bazaruto Archipelago.

Pambele is one of the most beautiful beach houses in Mozambique. Set on 200 metres of beachfront, the shaggy-thatched villas overlook the Bazaruto Marine National Park and is backed by a huge private sanctuary. The house itself was built using local materials and the furniture was carved by the village woodsmen deliberately designed to maximise your interaction with nature.

A kidney shaped infinity pool is complemented with a covered whirlpool and shallower pool for children. Pambele Beach House is only a short transfer from Vilanculos on their sea going Catamaran - Halcyon, which offers you the possible opportunity of dolphin watching before you arrive at your new home.

Exclusive use means just that, you and your party will have the run of the property for the entirety of your stay and be able to plan the break that you want so that you’re every need is catered for. There are regular flights from Johannesburg that bring you to Vilanculos where you will be met and transferred to your villa.

The archipelago became a National Park in 1971 and there is a wide abundance of reef fish, Surgeon, Moorish Idols, Parrot, Angel and Butterfly fish to name but a few. Giant Turtles, Game fish and Devil rays are regularly seen and for the lucky few, the elusive Dugong. Schools of dolphins are regularly seen as well as the spectacular Whale sharks and humpbacks at the right time of the year.

All live free in this conservation paradise, proclaimed a National Park and recognised as a Gift to the Earth, the whole area, both land and sea is beautifully unspoilt, tranquil and devoid of any trappings of commercial tourism.

What sort of accommodation is available at Pambele Beach House, Mozambique?

Bangwe offers a large comfortable bedroom as well as a walk in shower and separate WC. Bangwe also offers a separate small bedroom incorporated into the villa which would be suitable for a cot or child.

Mazarette is similar in layout to Bangwe, and provides a large comfortable bedroom as well as a walk in shower and separate WC. There is a built in daybed which could be used as a bed for a small child under the age of five.

This family villa offers the opportunity for two groups of friends to be closer to each other, or for a larger family holidays to be together under one roof.

Centrally located under a beautiful shaggy Jecca thatch roof, the main open-air lounge can be used at any point during the day, whether to escape the sun in the afternoon, catch up on the day with pre-dinner drinks or perhaps a quick night-cap before retiring to bed.

The owners have furnished the area with many local artefacts such as the mokoros (dugout canoes) flanking the entrance and two pillars carved by local craftsmen as well as sumptuous, extremely comfortable sofas to curl up on.

As well as offering exceptionally comfortable seating and a diverse range of interesting works of art, the lounge also offers easy access to the pool, dhow bar area, dining and all villas.

Just adjacent to the main lounge, is a cosy room for cooler evenings and provides comfortable seating, a large plasma screen, extensive DVD library and additional entertainment such as board games are also provided.

What Activities are available at Pambele Beach House?

You can be as active or inactive as you like at Pambele, but if you're the active type you won't be short of things to do. From discovering the diversity of flora and fauna on a 4 x 4 safari to exploring the shoreline and coast with our kayaks.

Creating first footprints on deserted shores of the many islands in the archipelago and wondering at the marvellous variety of sea life from snorkelling in the crystal clear waters or diving to join them on a myriad of wonderful underwater locations. Alternatively, you could spend the whole day lazing in a hammock... and why not?

At the Beach House

When is the best time to visit Pambele Beach House?

Since most visitors to Mozambique are going to experience the wonderful coastline and Indian Ocean islands, the best time to go for most people will be the dry season. However there is some great diving to be had there and so you may want to time your visit around the best times to see whales and whale sharks. Or maybe you're a fisherman - read on for what might be the best time for you. You can come to Mozambique any time, but most people prefer to avoid the rainier months of January to March which are very hot, humid and wet. May to October are the all-round best months.

Despite its proximity to the equator, the high altitude keeps temperatures relatively cool. Temperatures vary considerably depending on their altitude, but do not vary much month from month. Temperature ranges between 24°c and 28°c.

January - March: The heaviest rains fall on Mozambique from January to March in the south, but can be a month or more later than this in the northern region of the Quirimbas. November to March, however, are the best months for diving. Coastal temperatures will be around 31°c and it tends to be very humid.

April - May: This is autumn and it's generally warm and sunny with cooler nights. It's a popular time to come. You might still get a little rain in April, but May tends to be the start of the dry season.

June - September: This is winter and the dry season. It's sunny and coastal temperatures average around 27°c. Humpback whales tend to be seen in the southern seas around June to September, and in the north from about August to October. The good marlin fishing season start in about September around Bazaruto and last until about January.

October - December: October and November are spring and they bring warm sunny days and cooler nights. Whale sharks can often be seen near the Bazaruto archipelago from October to early December. The best months for birdwatching are November and December. December is the start of the rainy season. It's still good for marlin fishing.