Is it now time for an Illegal Wildlife Trade Ban to be agreed and implemented by all countries? 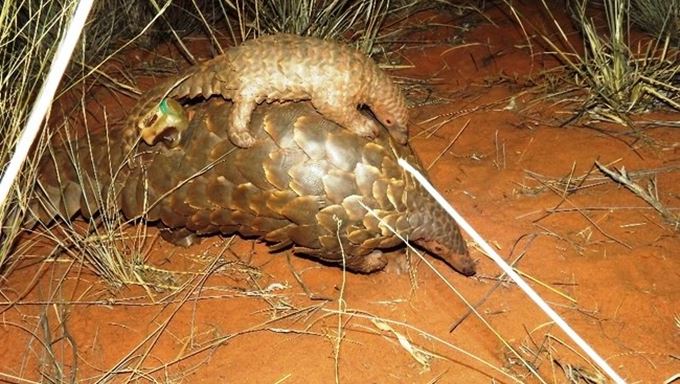 Wildlife Poaching and Trafficking is without question having a devastating effect on many species of which a growing and concerning number are getting onto the Endangered List.

I was recently sent an article by Black Bean Productions which gets right to the point perfectly. It’s a great read which I would like to share with you but if you are pushed for time at the moment then do please watch this video.

Could this save our wildlife?

For years, poaching has ravaged Africa, decimating our wildlife populations and destroying our natural heritage.

Over the last few decades, poaching incidences have escalated from people illegally hunting for food to feed their families to organised crime syndicates paying poachers generously to hunt and kill wildlife. The illegal wildlife trade has fuelled the demand for wildlife parts like pangolin scales, rhino horns and elephant tusks, which has led to the poaching crisis we are currently facing.

Spearheaded by The Duke Of Cambridge and The Royal Foundation, United for Wildlife is fighting to stop the illegal wildlife trade and save endangered species like Elephants, Rhinos, Tigers, and Pangolins, so they can share our world with future generations.

One of the primary supporters of the illegal wildlife trade are wildlife markets in Eastern countries like China and Vietnam.

Exotic animal parts are viewed as delicacies, statuses of wealth, or are believed to hold medicinal value. As a result of the demand created by the trade and consumption of wildlife at these markets, the illegal wildlife trade has thrived, leaving endangered species on the verge of extinction.

Earlier this month, the Chinese government announced a comprehensive ban on the trade and consumption of wildlife. Despite being one of the least well-known mammals, pangolins have recently been making headlines across the world for their connection to the fast-spreading Coronavirus (COVID-19). The consumption and trade of wild animals, like pangolins, has reportedly been linked to the outbreak of the Coronavirus, a respiratory disease, which has infected at least 500 000 people around the world.

Given the nature of wildlife markets, animals are often left in close proximity to each other, allowing viruses to spread between different species, which researchers have suggested could have caused a unique strain of the virus, which would not ordinarily happen in the wild.

As a result of the growing health concerns, the Chinese People's Congress adopted legislation banning the consumption of any field-harvested or captive-bred wildlife.

Currently, the illegal wildlife trade is one of the biggest threats to many endangered species and while this ban will go a long way in reducing the demand that has fuelled poaching and decimated the populations of countless species, a more comprehensive permanent ban is needed to fully protect wildlife.

The current legislation is definitely a step in the right direction and has helped create critical awareness around the dangers of these ‘wet markets’ and the consequences that the trade and consumption of wild animals has on both humans and the natural world. It does, however, have loopholes and discrepancies that could still allow for the exploitation of wild species.

This ban also has a vague definition of “wildlife” which is unclear and can result in the ineffective enforcement of the ban. Under the current legislation, terrestrial and aquatic wildlife that are either rare, beneficial, or economically or scientifically valuable are protected, but the differentiation between captive-bred and wild populations is unclear as some species live in the wild and are bred in captivity, which means that these types of species could still be hunted and traded without punishment.

Another key issue with the current ban is the list of protected species that fall under the legislation. The list has reportedly not been updated in the last 30 years and as such does not include many endangered species, like bats. This means that these species can still be hunted or traded under the current ban.

The illegal wildlife trade is an extremely lucrative industry that has had catastrophic consequences on our natural world. The illegal killing, distribution, consumption, and trade of wild animals is responsible for the death of millions of innocent animals around the world, destroying populations and leaving vulnerable orphans behind. This is not a victimless crime and should not be treated as such. Wildlife needs to be protected and those that do not adhere to this ban need to face more severe consequences than those currently laid out.

We need a more comprehensive permanent ban to ensure that it effectively puts an end to the illegal wildlife trade.

This ban does also not mean that we can stop fighting to protect and conserve wildlife, but it does represent a glimmer of hope that change is possible and that is what we need to hold on to.

It is now more important than ever before that we continue to support those who are risking their lives every day to keep our wildlife safe. There are organisations throughout Africa like Big Life Foundation PAMS, Black Mamba Anti-Poaching Unit, Malilangwe Trust and WildAid, to name a few, that are working tirelessly to fight the poaching crisis that need our support.

You can also help support the creation of a new more comprehensive ban that protects all wildlife by signing and sharing this petition.

At The Explorations Company, for the last 30+ years, we have been assisting a number of philanthropic projects each year, both wildlife and community led. We have been introducing our clients not only to the most extraordinary areas in which we operate, but we have also been inspiring them, by sending them out with scientific researchers into various areas, where they have had the privilege and the thrill, to go out and collar lions, giraffe, zebra, wild dog and rhino, knowing that they have made an indelible difference to the environment they have just visited and the future survival of these species.

Or, if you would prefer to just dream some more for now, then you can by visiting our Video Library.