What Are The Environmental Effects Of Climate Change on wildlife and habitats? 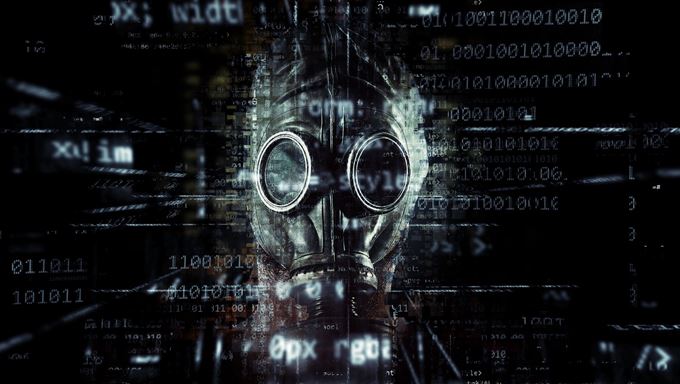 Without doubt, climate change is altering the face of the planet and the world within which we live. One simply has to look around us, to see that oceans and rivers are becoming substantially warmer and having a knock on effect for the organisms living within it.

Fish, plankton and coral are dying. Oceans are the epicentre of global warming. More than 90% of earth’s warming since the 1950’s occurred in the ocean. Coral reefs and sea grass meadows are also in danger of “drowning” since they can only photosynthesize in relatively shallow water.

Oceans today absorb about one-third of the carbon dioxide humans send into the atmosphere, about 22 million tons a day! Global climate change has already had observable effects on the environment. Glaciers have shrunk, ice on rivers and lakes is breaking up earlier, plant and animal ranges have shifted, and trees are flowering sooner.

What Are The Environmental Effects Of Climate Change?

Effects that scientists had predicted in the past would result from global climate change are now occurring loss of sea ice, accelerated sea level rise and longer, more intense heat waves. The Arctic Ocean is expected to become essentially ice free in summer before mid-century.

Africa is home to just 17% of the world’s forests, yet deforestation on the continent is estimated to be four times the global average—and the pace is accelerating. Practices like rapid deforestation combined with excessive greenhouse gas emissions from around the world are all contributing to climate change. Rising temperatures are having a catastrophic impact on the people of Africa, resulting in unreliable farming seasons, low water supplies, increased droughts, severe heat waves, heavy storms, and flooding.

Preserving Africa’s rich forests and incredibly bio-diverse ecosystems are critical to the solution. So is getting people to buy into new, more sustainable practices. Time is of the essence: A 2003 study in the journal Nature concluded that 80 percent of some 1,500 wildlife species sampled are already showing signs of stress from climate change. Beyond habitat displacement, many scientists agree that global warming is causing a shift in the timing of various natural cyclical events in the lives of animals.

The study of these seasonal events is called phenology. Many birds have altered the timing of long-held migratory and reproductive routines to better sync up with the warming climate. And some hibernating animals are ending their slumbers earlier each year, perhaps due to warmer spring temperatures.

To make matters worse, research contradicts the long-held hypothesis that different species coexisting in a particular ecosystem respond to global warming as a single entity. Instead, different species within the same habitat are responding in dissimilar ways, tearing apart ecological communities’ millennia in the making.

Climate change has an impact on turtle nesting sites. It alters sand temperatures, which then affects the sex of hatchlings. Water is crucial for African elephants. They need to drink 150-300 litres per day, and also use it for playing and bathing. Hotter temperatures and less rain—as well as a projected increase in periods of severe drought—will directly affect elephant numbers.

African wild dogs are sensitive to heat and typically hunt in the cooler periods of the day. Hotter temperatures potentially mean shorter hunting periods and less food—and that could reduce pup survival. Rising temperatures would also shrink or eliminate the animals’ range. Also, wild dogs live in highly social packs and are susceptible to various diseases; climate change may increase the spread of some wildlife diseases.

The best way to protect against loss of wildlife and plant life is to keep global temperature rise as low as possible. The Paris Agreement pledges to reduce the expected level of global warming from 4.5°C to around 3°C, which reduces the impacts. But we see even greater improvements at 2°C. And if we can limit that even more, to a 1.5°C rise, we could protect even more life.

But there is hope - More than 300 companies around the world are setting targets to reduce their greenhouse gas emissions based on climate science. Half of America’s Fortune 500 companies have a goal to cut climate pollution. Their efforts are equivalent of taking more than 40 coal fired power plants offline for a year.

Not only does global warming contribute to a possible extinction of wildlife – from red pandas to giant pandas and sea turtles, to name but a few.

What Is Human Wildlife Conflict?

Human-wildlife conflict has the greatest impact within agricultural regions where human population growth begins to encroach on the territory of wildlife.

Human population growth, agricultural intensification and wealth creation has limited the living space and resources for both humans and animals, creating conflict. Animal diet preferences and migration patterns play a big role in food competition. People farm near water and tend to harvest in some areas at the same time as elephants migrate to large bodies of water.

Human wildlife conflict has led to the extinction of several species and to substantial population decline and reduced distributions of many others. Many of the affected species range beyond the boundaries of protected areas, the edges of which can become population sinks. Retaliatory killing has, for example, halved local populations of cheetah, Eurasian lynx and tigers in several regions and altered the ranging patterns and behaviour of elephants and felids.

At present, critical loss of wildlife in terms of megafauna can be broadly broken into two categories; the first is through poaching – more specifically, on a commercial scale for rhino horn, elephant ivory, pangolin scales and tiger bones to the Far East, namely China, Korea and Vietnam. Secondly, through poaching for bush meat (which can also be commercial) and being caught in snares, but many elephants, tigers and lions are killed by local villagers due to the trampling of their crops or killing of domestic livestock. In addition, a Maasai tradition or rite of passage is to kill a lion to demonstrate one’s prowess and nerves of steel, required to become a Moran or Maasai warrior.

How Can We Mitigate The Long Term Effects Of Poaching And Support The Future Of Wildlife?

Poaching naturally is another huge threat; with the reduction of 50% in the lion population and with the loss of 86 elephant per day in Africa and three rhino per day; this is naturally unsustainable and we are faced with the stark reality that if we do not stem this flow to countries such as China, Korea and Vietnam, that the only opportunity of seeing these species in 35 years’ time, will be in some form of sanctuary.

This is a horrifying, sobering thought! Wonderful news is that China placed a ban on the sale of carved ivory trinkets from the end of last year. The move follows a resolution at the Convention on International Trade in Endangered Species (Cites) in South Africa in October. China has the biggest ivory market in the world - some estimates suggest 70% of the world's trade ends up there. In addition, as human populations increase and place untold pressures on the local wildlife areas, the inevitable result of human-wildlife conflicts arise and perpetuate.

We have built wildlife corridors through several regions to try and channel wildlife away from the villages, in an effort to protect their crops. GPS collars on lions feed vital information of their whereabouts, allowing us to advise the local villagers so they can protect both their livestock and their families.

We have also been involved with initiatives whereby beehives are erected around crops, which not only deter elephants (who have an incredibly thin epidermis), but it also provides both income and food for the local people. Therefore, it is more crucial now than ever for each of us to consider the ramifications and effects of our travel and how we each can help in our small way.

At The Explorations Company, for the last 30+ years, we have been assisting a number of philanthropic projects each year, both wildlife and community led. We have been introducing our clients not only to the most extraordinary areas in which we operate, but we have also been inspiring them, by sending them out with scientific researchers into various areas, where they have had the privilege and the thrill, to go out and collar lions, giraffe, zebra, wild dog and rhino, knowing that they have made an indelible difference to the environment they have just visited and the future survival of these species.

Responsible Tourism Through Philanthropy Plus

The Explorations Company have launched a charitable foundation, called Philanthropy Plus, whereby our clients, by way of a donation, can then visit the regions we support and see the direct impact their contribution has made. For us, this really is the most rewarding of all travel experiences.

What are its aims?

This is for committed philanthropists that want to witness their investments at work in real-life situations. Donor travel is deeply moving, can upset idealism but ultimately brings people closer to the issues and communities that they care about. It also deepens sustainable investment and strengthens the connection between travellers and community organizations.

Why have The Explorations Company set it up?

Nicola Shepherd, founder of The Explorations Company, started her company over 30 years ago with the overwhelming desire to put back funds into initially Africa and then to other third world continents in which the company operates.

Although born in India, she was raised in Africa and these two continents have long held a great passion and interest for her and by being a conduit, she can direct meaningful assistance to the preservation of wildlife on these continents for future generations to enjoy.