Why have India’s beautiful culture and traditions now become renowned all across the world? 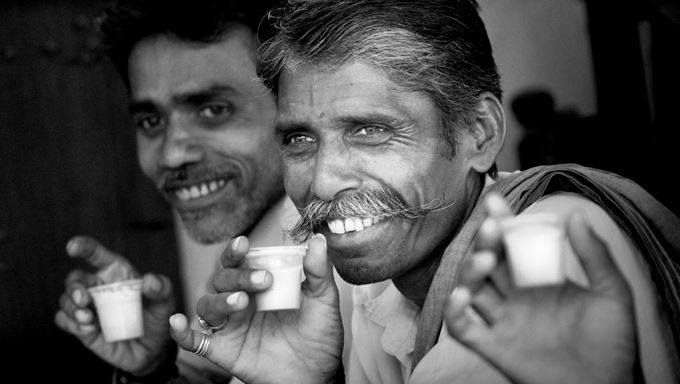 Indian culture and traditions are something which has now become renowned all across the world. We all refer to India and its culture as something very diverse and unique. But seldom do we give a thought to why things are done in certain specific ways. Indian culture is full of several unique customs and traditions, which you might find intriguing.

Most of these originate from the Ancient Indian scriptures and texts, which have dictated the way of life in India for thousands of years.

The culture of India refers collectively to the thousands of distinct and unique cultures of all religions and communities present in India.

India's languages, religions, dance, music, architecture, food and customs differ from place to place within the country. Indian culture, often labelled as an amalgamation of several cultures, spans across the Indian subcontinent and has been influenced by a history that is several millennia old. Many elements of India's diverse cultures.

India stretches from the snowy summits of the Himalayas to the tropical backwaters of Kerala in the south. It’s more like a continent than a country, with the second largest population in the world spread through its 29 extraordinary states.

Nowhere on earth quite compares with its devout religions, its varying and incomparable landscapes, the exquisite palaces, formidable forts and rolling tea plantations. It’s a country of contradictions, where flawless national parks sit juxtaposed next to colourful and congested towns.

There are pink cities, blue cities and even rose tinted cities, with palaces floating on lakes and monasteries crowning lofty mountains. India is the only place where the world’s religions and great faiths rub shoulders so peacefully; you’ll regularly find Hindu, Sikh and Buddhist temples sitting side by side along dusty streets. Echoes of the Raj sprinkle the country; you can’t go far without finding colonial mansions, tea merchants’ bungalows and extravagant railway stations.

Most don’t have a desperate need to visit India, but once you’ve been, you’ll know why people become hooked. Often described as life affirming, India is an extraordinary country that most certainly gets under the skin.

What is the food and drink like in India?

Food is a massive element of any trip to India and we advise that you don’t shy away from it; it’s so much more flavoursome in India when compared to Indian food that you find in the UK.

Each region has its own delicacies and distinctive flavours. In the coastal regions, particularly in Kerala, you’ll find coconut-based curries that contain a lot of seafood and fresh fish.

The more traditional and thicker curries that contain juicy gravies are often found further north, where the weather is cooler. Here delicious breads often accompany food. In 4 and 5* hotels you’ll find a range of western and Chinese alternatives.

Restaurants outside of India’s hotel vary from elaborate fine dining to cheap and cheerful roadside restaurants. The cheaper alternatives often just recommend veg or non-veg alternatives, so you get little choice. Some of the best food is found in Homestays; it’s here where you’ll get to try true home cooking and learn how to cook some of the basics yourself.

We advise that you don’t drink tap water in India. Bottled water can be found throughout India at a very affordable price and safe filtered water is often available in restaurants and hotels. Please be aware of the environmental implications of drinking bottled water and attempt to refill them with filtered water where possible.

Alcohol should be available in some of your hotels, but not in all. In some states, particularly in Kerala, gaining a license to sell alcohol is getting increasingly difficult. This is normally more difficult for small boutique hotels and homestays.

We’ll do our best to inform you prior to travel, but things change quickly so advice on the ground is usually the most up-to-date source. We recommend speaking to your private driver/guide about this while you are travelling, as there’s always the option of picking some up to take with you. Please note the first day of each month is a dry day in Cochin.

When is the best time to travel to India?

India’s weather is extremely varied, however in general the best time to visit India is between late October (the end of the monsoon season) and mid-March. April and May can be particularly hot and humid. The monsoon generally arrives on the Keralan coast at the end of May, and from here it moves north across the country for the next month and a half. Between October and November, the south east coast (Tamil Nadu and Andhra Pradesh, as well as southern Kerala) get a second soaking. This is known as the retreating monsoon and is less severe.

During monsoonal periods expect short sharp bursts of rainfall interspersed with sunshine. It’s worth considering travelling during this time in places such as Rajasthan, as there are fewer tourists and the region is pretty dry in comparison with other areas.

In the foothills of the Himalayas, in places such as Shimla, we recommend visiting between October and March again, however from December to late February, heavy snow is common, and it can become very cold. Make sure you take lots of layers during this time.