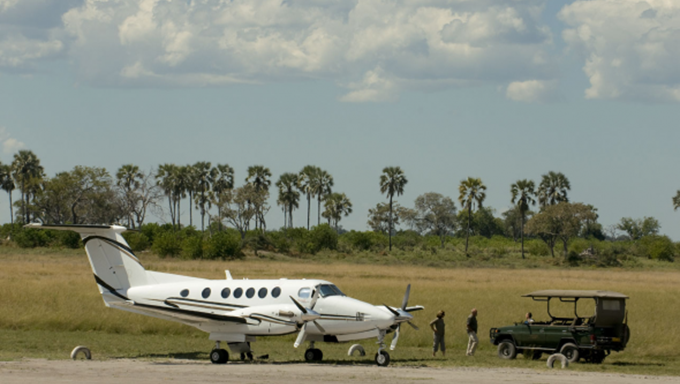 One of the joys of being on safari in Botswana, is that most of your transport is by light aircraft, allowing you to appreciate the breathtaking scenery of the area below you! 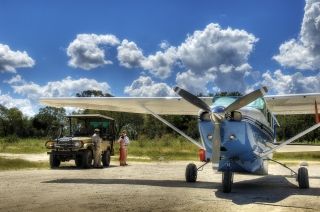 Botswana is really home to the fly-in safari. Due to the floodlevels that rise to their highest levels during July and August, a fly in safari to Botswana becomes essential, as the usual roads within the Okavango Delta become more restricted.

Another exciting development is flying by helicopter across the Delta, to camps which are based along the waterways. A helicopter allows greater visibility and this is a private transfer to and from the camps. 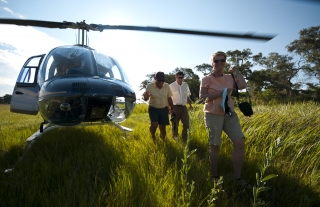 Flying from camp to camp, whether by helicopter or fixed wing aircraft, allows the quickest route of maximising one's time at a camp or within a region, rather than spending unecessary, wasted time getting from one point to another. It also allows one to see areas which are complementary and further afield. This means one can combine the Kalahari Desert, for example, where one can see desert dwelling species, stay at beautiful camps, or perhaps even take a private, quad biking camping expedition for a couple of nights into the Makgadikadi desert and get to see the local San people, learning about their ways with the Okavango Delta. 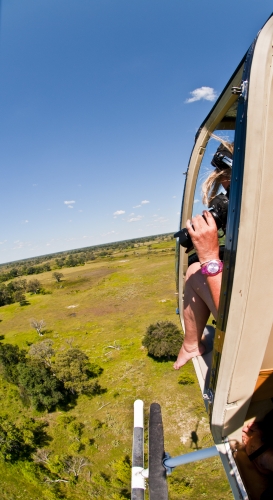 The Delta is the real jewel of the crown, with its magnficent waterways, rich with wildlife. Here one can explore the rivers by canoe and boat, perhaps undertake a spot of fishing and see the extraordinary African Fish Eagle. Visit the Moremi Game Reserve, renowned for its fabulous wildlife including cheetah, leopard and wild dog as well as having an excellent elephant population. You might even like to go on an elephant back safari or for the more active, there are fabulous riding safaris in Botswana, too.

Fly on to the Linyanti region, which is home to some of the best camps in Botswana - whether one wants to spend time walking, canoeing or game viewing by open vehicle in this game rich region.

Move on to Chobe National Park- with Savuti in the south, always resplendent for game or the magnificent Chobe River in the north with its huge herds of elephant and hippo and wonderful African skimmers which can be seen by boat on the river. Game view by vehicle within the park.

Perhaps even stay on a houseboat to ring the changes and observe wildlife from a distance at a leisurely pace. In the panhandle, one can take a houseboat and try one's hand at fly fishing for the eponymous tiger fish. The scenery here is absolutely spectacular, the banks of the rivers lined with papyrus and the sunsets are simply breathtaking. Contact us to begin your fly in safari to Botswana.