Game-viewing and walking on the Nyika plateau 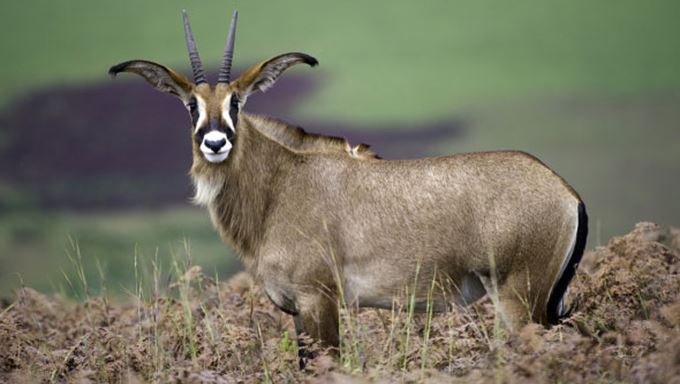 Located in the far north of Malawi at an altitude of around 2500m, the Nyika Plateau is a rolling plateau dotted with stunning mountain outcrops and afromontane grasslands.

Nyika is Malawi’s largest park with an area of no less than 1250 sq miles (3200 sq km) and it has an environment like no other in the whole of Africa. Nyika means ‘where the water comes from’ and this is one of Malawi’s most important areas.

The grasslands and extensive moorlands of Nyika are rich in wild flowers (over 80 species of wild orchid can be found here), as well as delphiniums, lobelias, gladioli, everlasting flowers and 'red hot pokers’.

There is persistent moisture from mist and this ensures a perfect environment for flowers and plant species. You'll see occasional stands of montane forest, an old pine plantation, and, on the rugged foothills at the edge of the plateau, dense brachystegia woodland and up to two hundred types of orchid.

Considered to be one of Africa’s best birding regions, the Nyika Plateau really is a bird watchers paradise over 400 species have been recorded in the area, including species such as the red-winged francolin that are endemic to Nyika, other rare species include the rare Denham’s bustard, the Bar tailed trogon and the wattled crane.

The Nyika Plateau is not primarily a game viewing destination, although having said that, the plateau is home to large herds of eland, zebra, reedbuck and roan, the latter of which is indeed rare in many other countries in Africa. Together with the spotted hyaena, serval and leopard which can occasionally be seen in this region, Nyika actually has one of the largest populations of leopard in Central Africa.

Amphibian species include toads, frogs and chameleons; one may also spot some beautiful butterflies which attract enthusiasts from afar. Warthog and bush pig can also occasionally be seen.  Nyika really is about the wilderness, the rolling hills, waterfalls, meandering streams and the mountains, the scenery really is marvellous.

The terrain at Nyika is perfect for trekking and mountain biking, as well as the more conventional 4x4 excursions.  Visitors can venture out with a picnic for the day with your guide. The Livingstonia Trail is popular and runs from Chelinda Lodge (a small well run log cabin lodge situated in the hart of the Nyika), to the Khondowe Plateau and Livingstonia Mission that looks over Lake Malawi.

This trail takes about two days hiking  over the grasslands and rolling hills and incorporates stopping at Phata stream and then down through the Mwenembwe Forest and Rumphi Valley and finally down to Manchewe Falls – the highest waterfalls in Malawi.

The Vwaza Marsh Game Reserve lies close the Nyika and is lower lying and is much flatter with regards to the terrain, it is actually rarely visited but in the mopane and miombo woodlands one can find elephants, buffalo, Lichtenstein’s hartebeest, eland and greater kudu. There are sizable pods of hippo and water birds including goliath herons and storks that can be seen.

Images by courtesy of Malawi Tourism