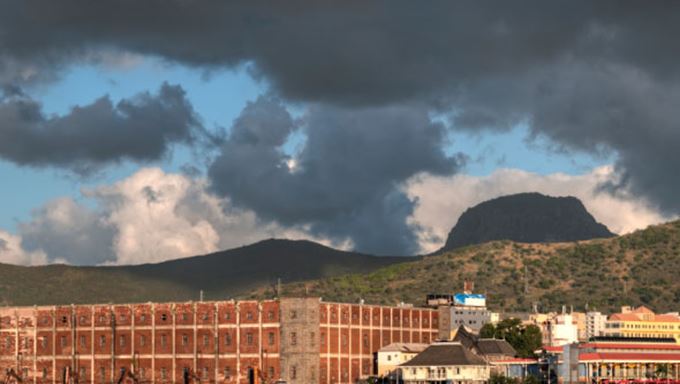 Mauritius is a combination of Asian, African and French cultures. It’s a melting pot of culture, architecture, history, beauty, religion, languages and so much more. The history of the island is a fascinating one stretching back as far as the early 16th century and up until its independence in 1968 was colonised by not just one but three main European countries namely the Dutch (1638-1710), the French (1710-1810) and the British (1810-1968).

The arrival of the French on the island of Mauritius was not without its problems but under the dynamic administration of French Governor Mahé de La Bourdonnais the transformation of the colony into a viable and sustainable one was remarkable.  He established Port Louis as a naval base and a shipbuilding centre and under his governorship, numerous buildings were built, a number of which still stand today.

The Governor was also incredibly successful in implementing the notion of free enterprise and work for profit.  All inhabitants of Isle de France as it was then known – colonists, slaves and workers, were motivated to become entrepreneurs and under this drive to succeed, the colony was very soon stable and flourishing.

Evidence of the mixed cultural history of the island is still to be found in the various styles of the architecture that can be seen around the island.  The architecture that exists in Mauritius to this day was imported from the early French settlers, who over time became skilled at adapting their designs to suit the tropical, humid climate.

Not only is the beautiful design and style seen in the historic buildings, but in humble dwellings of the local people as well as the luxury and opulence of many of the Mauritius hotels.

As time has passed by and a more modern era has taken hold, many of the humble single storey “Case Creole’ workers” homes have been transformed into larger apartment complexes, but there are those that remain which have been well-preserved and painted in vibrant hues with roofs covered in lacquered, corrugated metal sheets and the small gardens overflowing with exotic plants and blooms.

Although the more modern style of architecture is taking precedence when it comes to the building of hotels, spa’s, villas and major civic projects such as marina’s and waterfront projects, there are still touches of the former glory of the French and British colonisation to be seen such as in the form of the gorgeous “The Heritage Le Telfair Golf & Spa Resort” where the architecture is typical of colonial sugar plantation houses as seen in the choice of the furniture and décor used.

The Residence Hotel is also a beautiful example of a bygone era which blends modern elegance with classic, colonial charm resulting in a superb mixture of nostalgia brought about through impressive five star service worthy of the grand colonial houses of yesteryear.

A stunning combination of Asian, African and French cultures are expertly brought together in the form of The Oberoi hotel which is uniquely home to four national monuments dating back to the French Colonial period and which now form part of the hotel.

The architecture is striking not only in the design of the buildings but also through the exotic gardens that wind their way through the villas.  Huge Balinese statues guide you as you meander through the serene environment – your own little piece of paradise.

Whatever your taste may be – whether it be a nostalgic visit to a bygone era or whether it be a more modern simplistic feel you are looking for, Mauritius has it all, but let us not forget how far this tiny island has come and how grateful we are that places like this still exist.