Katavi is a park that just simply has to be visited 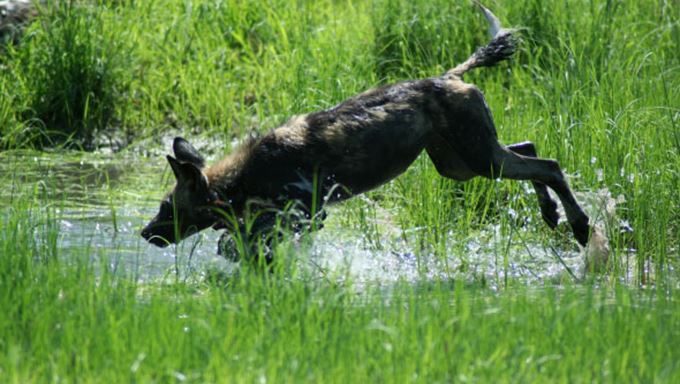 Katavi in Southern Tanzania is a park that just simply has to be visited. This park resembles how Africa must have been 100 years ago. No other camps and huge concentrations of wildlife – make this park feel like nirvana.

One can see hundreds of hippo in the rivers and thousands of buffalo congregating along the plains. It is in short, a breath taking sight! Literally a couple more camps now exist, but those wildlife sensations can still be experienced which makes this park such a rewarding and exciting proposition.

Katavi National Park lies in the remote and unspoiled south-western sector of Tanzania relatively close (in African terms, about an hour’s flight!) to the Mahale Mountains National Park and Lake Tanganyika. This is a remote area which because of its isolation, is rarely visited by tourists who mostly flock to the north; this can be illustrated by the fact that Katavi gets less than 500 visitors a year, whilst the Serengeti gets 120,000 plus!

Katavi covers some 4,500 sq. kms and is Tanzania’s third largest park although it is actually part of a massive eco-system that spans much of Southern Tanzania. Katavi therefore shares the same climate as Ruaha, which lies to the east, with a long dry season between June and November when game becomes dependent on the dwindling water resources and wildlife throughout the ecosystem converges on these areas.

However this is where the similarities end, Katavi has a completely different topography that consists primarily of a series of secret flood plains enclosed by a fringe of forest. There are only a few small camps in and around the park and the park is dominated by two large plains (Chada and Katasunga), both covered with golden grasslands.

The plains are surrounded by varied woodlands and in the dry season, these open areas fill with thousands of antelope, zebra, waterbuck and elephant. Katavi is also known for very large herds of buffalo and huge pods of hippo as well as lion, wild dog, (mostly seen on the escarpment), leopard, topi (found here but not in Ruaha) and hyena.

Two rivers flow through Katavi: the Katuma and Kapapa. These are the only source of water for miles around. As the waterholes fill up, flocks of birds arrive in the pans including storks, spoonbills, cranes and pink-backed pelicans while raptors mostly stay in the woodland areas.

The combination of floodplain, woodland and the two lakes, Katavi and Chada, mean that one has some of the best wildlife sightings, including an array of waterfowl, the whole year around. We have two favourite camps here, with extraordinary guiding.

There is even the opportunity to fly camp beneath the stars privately, with your guide and go on a walking safari, where one learns so much more on foot! If you are looking for a pristine, rewarding wildlife experience, with perhaps no other people for miles around, then this is for you!