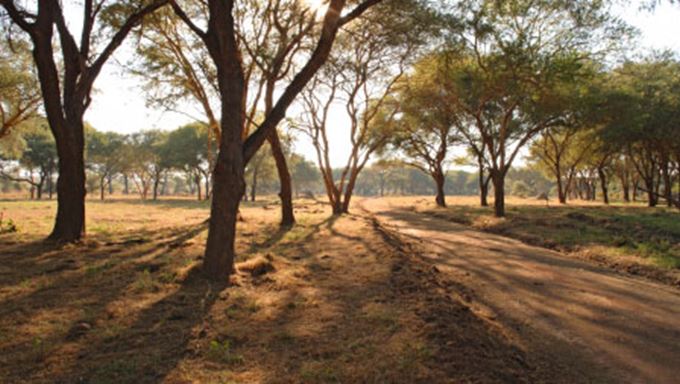 Perhaps one of Southern Tanzania’s best kept secrets, Ruaha is Africa as it once was generations ago; a spectacular and hauntingly beautiful paradise of the natural world. Situated in a unique transition zone where East & Southern African fauna and flora overlap.

Ruaha is said by many African aficionados to be with the Selous and Katavi, one of the last remaining true frontiers untouched by man. The central feature of Ruaha National Park is the Great Ruaha River which begins as a series of clear mountain streams in Tanzania's Southern Highlands before developing into the lifeline of one of the largest and wildest (and most unvisited) game parks in the world.

Ruaha in effect forms part of the whole Ruaha/Selous/Southern Tanzania ecosystem. During the dry season wildlife concentrates along the Great Ruaha River attracting superb numbers of predators such as lion, leopard, cheetah and Hunting Dog.

Ruaha, unlike the Selous which lies to its east, is a National Park (Tanzania’s second largest) and is 12,950 sq. kms. The National Parks in Tanzania today are relatively well resourced so that there exists now in Ruaha, an exceptional (murram/dirt) road network, not only for conservation purposes but also to enable visitors to reach previously inaccessible areas - in a park the size of Belgium!

This does not mean that Ruaha is “busy” – in fact the opposite is absolutely the case due to the remote nature of the locale. Ruaha is so special due to its remoteness, dramatic topography of mountains, rivers, rocky kopje and plains with a vast range of habitats and a correspondingly large number of wildlife species.

It is also the point where both northern and southern migratory routes converge so that 480 bird species (almost half that found in the entire country) can be found in just this one location. This is very special and unique in Africa. Included are six species of starling, the green wood hoopoe, Von Der Deckens hornbill, goliath heron, wood ibis, hammerkop, pied kingfisher and the martial eagle.

There are four main ecological zones within the park - the main river valleys with their tall fig trees, area of open black cotton grassland, Miombo woodland and undulating countryside dominated by baobab trees.

The Park's 'yellow' season embraces the very dry period of June to November/mid-December. Its 'green' season is, generally, December through till March/April. However, do not be dissuaded from the 'green' season, for the Park is very beautiful during this period when one sees sizeable aggregations (in the several hundreds) of Elephant, Hippo, Buffalo, Zebra and Giraffe, and there are more Wild Dog around in the 'green ' season, too.

There are some fabulous tented camps in Ruaha and it is easily accessible both to the Selous and Dar es Salaam as well as Katavi. There is also walking available here – where one can walk for a couple of days – before arriving at the permanent luxury tented camp. This is a private and truly wonderful experience that we would highly recommend to everyone as one can learn so much more on foot!

For an off the beaten track safari with excellent wildlife, head to Ruaha!