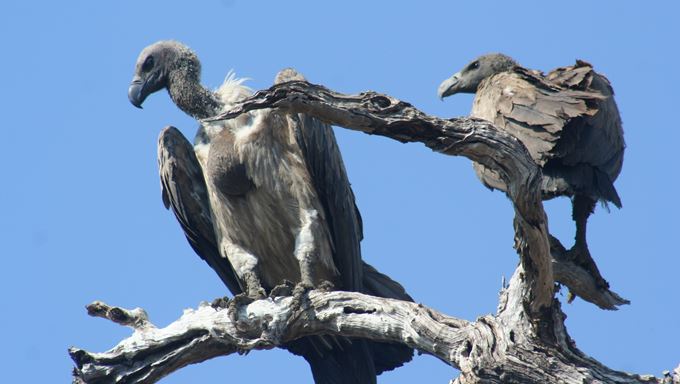 Kafue is a gem and a rather large one at that – covering 22, 400 square kilometres! This park is the largest in Zambia and the oldest. Established initially by the renowned Norman Carr in the 1950’s, there are still vast tracts of land that are rarely explored.

In recent years, several small safari camps and lodges have been built within the park and these bring in much needed investment and presence to assist with anti poaching in the park. There are some lodges that remain open all year in the central and northern areas but most are seasonal due to the black cotton soil.

The green season is a spectacular time to visit because of the migratory bids and flowers as well as the lush green and verdant vegetation. This is the park that one comes to if they are looking for that off the beaten track experience, away from most other tourists, allowing you to have exclusive wildlife sightings which seem to be delivered just for you!

The camps in Kafue tend to be smaller, often owner managed and simple, allowing you to experience Africa the way it always used to be – in authentic and natural manner. Unlike other parks, one can also game view by vehicle, on foot and by boat.

It is the range and mixture of habitats that makes this park particularly interesting. The Itezhi-Tezhi Lake attracts superb wildlife and safari camps offer game drives, walking and boat excursions on the river.

What makes Kafue special is not necessarily the amount of animals, they are not in huge densities here, but rather the variety – for example there are more ungulates here than any other park south of the Congo.

There are the more common hartebeest and the majestic sable and rare roan antelope, the sitatunga - a ‘water’ kudu with its long splayed hooves and more at home in thickreed beds, the Kafue lechwe and the shy and mysterious blue and also yellow backed duiker.

Predators are also in evidence in the park – lions, hyena, leopard, jackal and even cheetah are seen between Nanzhila and Busanga. Cheetahs are not found in the more well known parks like South Luangwa.

Kafue’s miombo woodlands are one of the best places to see leopard, especially at night on an evening game drive. Perhaps even sighting a leopard on the bank in the riverine forest from your small motorboat as you slowly and silently switch off the engines and float down the river on an evening excursion.

Game drives along the Kafue River sometimes don’t get very far as there is always something to see - pods of hippo, arguing and grunting about who is taking the best spot.  Nile crocodiles are in great numbers and sneakily glide through the shallows. In the dry season, elephant cool off in the water, splashing about and simply having fun.

The Kafue’s vegetation and habitats consist of a mixture of open grass savannahs, miombo woodlands, riverine forest and dambo areas.  The miombo includes semi-deciduous woodlands including Brachystegia and other varieties.

In the teak forests one can find elephant and in the larger mopane forests warthogs, kudu and impala. Euphorbia and Jackalberry trees provide shade. There are 158 recorded species of mammal in Kafue and some are very unusual – serval, civet, wild cat and several species of mongoose – white tailed, Selous and marsh included.

It is the birds that attract some visitors - over 500 species have been recorded here -many are rare and include the gorgeous Pels fishing owl with their almond shaped eyes, black cheeked lovebirds, the stately wattled crane and the show off crowned crane which travels in huge flocks. Bee eaters, kingfishers, barbets, swallows, eagles and hawks can also be seen – this is a birder’s paradise!