China will enthral, excite and amaze you in many ways!

Tailor Made Luxury Holidays to China

China will enthral, excite and amaze you in many ways! The food is heavenly from the classic Peking duck to Sichuanese Hot Pot and Xian’s street food to Shanghai’s Cantonese delights.

China, also called the Middle Kingdom is the largest and one of the most diverse countries in Asia. The modern era of political stability has once again steered the empire into the elite group of global economic superpowers.

At heart, it remains one of the cradles of civilisation having world’s oldest continuous civilisation that dates back to 3,000 BC. Its unique living culture, fascinating ancient traditions, rich history and incredible natural diversity make it a truly extraordinary destination for all, from nature-lovers and adventure seekers to history buffs and gastronomes.

Upon arrival in Beijing, you will be met and driven to your hotel. Our favourites are the serene Aman at Summer Palace or the ultra-modern Upper House. You can take it easy after your flight, or dive straight into the city’s hustle and bustle with a short tour with your expert local guide.

Over the next two days, you will explore some of Beijing’s majestic monuments with your private guide and get a taste of the capital’s ancient as well as modern ways of life. Depending on your interests, we can arrange incredible experiences including special access to city’s top galleries, studios and sites, an exclusive champagne picnic on the iconic Great Wall, a classic Peking duck dinner in one of the oldest restaurants or a private Taichi lesson with a local master.

Travel from Beijing to Xian on the high speed train reaching speeds of up to 300 km/h! Upon arrival, you will be met and driven to your hotel. Our preferred hotel in Xian is the iconic Sofitel Legend Peoples Grand. Today, with your expert local guide, you will explore the Big Wild Goose Pagoda and sample amazing local street food in the old quarter.

You will spend the day learning about the world-famous Terracotta Warriors with a local expert and explore the imposing Ancient City Wall. For gourmands, we can arrange amazing food experiences – Xian is famous for dumplings! And for art lovers, we can arrange a private calligraphy or watercolour painting class with a local master.

Fly to Chengdu, the capital of Sichuan Province and home to the beloved Giant Panda! You will be met on arrival and transferred to your hotel. Our favourite city hotel is The Temple House. If you prefer quiet natural surroundings, Six Senses Qing Cheng Mountain on the outskirts of Chengdu is an excellent option. This evening, enjoy a bit of cultural immersion with an interesting Sichuanese opera performance.

With your private guide, you will spend the day exploring the city’s fascinating museums, traditional old quarter and the famous Giant Panda Breeding and Research Base. For a more hands-on experience, you can also volunteer at one of the renowned Giant Panda bases on the outskirts of the city. If you can handle spicy food, one of the must-try local specialities is the Sichuan Hot Pot. We can recommend and reserve tables at the city’s most authentic restaurants.

Fly to Guilin in the afternoon, gateway to one of the most scenic regions of China. You will be met on arrival and driven to your hotel. Our preferred hotel is the Shangri-La. Time permitting, you can have a short orientation tour with your private guide.

Today, you will take a scenic boat journey from Guilin to Yangshuo on Li River, which is believed to be the most beautiful river in China. Upon arrival, you will be met and transferred to your hotel in a beautiful countryside location overlooking majestic Karst Mountains. Our favourite resort is the Banyan Tree Yangshuo. In the evening, enjoy an impressive cultural performance in a natural amphitheatre.

You can relax at your hotel and make use of its excellent spa or spend the day exploring the countryside. Depending on your interests, we can arrange cycling, hiking, bamboo rafting, village tours or an interesting cooking class.

Today, you will be driven to Longsheng where you will hike up to the breath-taking Dragon’s Backbone Rice Terraces. Here, you will say in a simple boutique hotel overlooking the verdant landscape, a photographer’s paradise!

With your private guide, you will spend the day hiking through minority villages along the rice terraces.

You will be driven back to Guilin for your flight to Shanghai. Beijing’s nemesis, this sprawling and dazzling metropolis represents 21st century China. You will be met and driven to your hotel. Our favourites are the luxurious Peninsula and iconic Fairmont Peace Hotel, located on the Bund.

You will spend the next two days exploring the sites in and around Shanghai. There are fabulous museums, markets, ancient quarters, landscape gardens and superb shops and restaurants. We can also arrange an excursion to nearby towns of Suzhou, Tongli or Hangzhou.

Today, you will be transferred to Shanghai’s Pudong International Airport for your flight home. 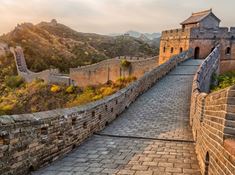 There is no other city in China that defines the present day empire better than Beijing. 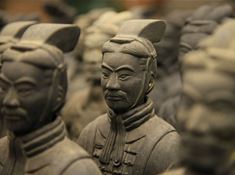 Home to the legendary Terracotta Warriors and the starting point of the ancient Silk Road, Xian served as the capital to eleven dynasties over a period of 4,000 years. 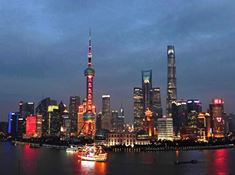 Shanghai has been transformed into a global metropolis and the face of modern and progressive China. 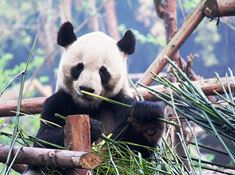 Chengdu is home to one of China’s cutest and dearest icons- the Giant Panda! 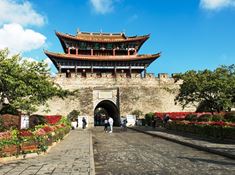 Located on the shores of the vast and pristine Erhai Lake, Dali is home of the Bai people. Its history dates back to the powerful Nanzhao (737-937 AD) and Dali (937-1253 AD) Kingdoms whose remnants can be seen in the famous... 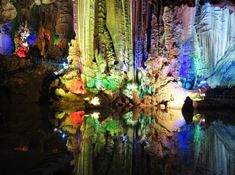 Gateway to China’s most surreal and stunning landscape, Guilin is located in Guangxi province. Most travellers use it as a quick overnight stop before continuing to Yangshuo, but those who are short on time can use it as a convenient base...

What most people read, see and hear about China is filtered. These days, the term “China” is often associated with large-scale development and industrialisation, exploitation, suppression, pollution, a massive population, wealth and strange food. However, there is a lot more to China than its politics and mammoth cities.

China has the second highest number of UNESCO World Heritage Sites in the world. Its cultural and natural diversity are astounding and with a continuous civilisation dating back to 3,000 BC, it’s an incredibly rewarding and important destination for history buffs with a vast pool of rich architectural and cultural treasures.

Although most travellers focus on the iconic sights in and around Beijing, Xian, Chengdu and Shanghai, smaller towns and remote countryside farther afield offer an incredible array of experiences for those seeking to get away from large crowds and discover the cultural roots of this ancient civilisation. Whether it is:

Where should I go?

China is the most populous country in the world with approximately 1.38 billion inhabitants. In terms of area, it is the third largest country, spread across 9.6 million square kilometres. It shares its boarders with 14 countries and spans from towering rugged mountains in the west and sunken basins and rolling plateaus in the north to a vast 18,000 kilometre coastline and fertile areas in the east and south. The country is blessed with some of the biggest rivers, lakes and mountains in the world.

With the rapid development and urbanisation taking place all over the country, it’s more important than ever to visit this fascinating country sooner than later!

A selection of pictures by courtesy of Wild China

The holiday was so enjoyable – lots to chat about. Tikli Bottom is a gem and we were the only guests for our short stay. We loved it there – peaceful and luxurious, and the staff were a delight – especially the cook!
Holiday to India

What an absolutely wonderful time we had in India. Your planning was perfection. Our favourites were Siana (you told us that!) and Kanker Palace…both families were wonderful in totally different ways. Welcomed with open arms we felt as though we were indeed royalty ourselves!
Holiday to India

Just a line to thank you for arranging such a fantastic trip to India for us. It was the experience of a lifetime which we will relive as we sort out our 1000 or so photos! Thank you again. P.S. We saw 4 tigers!
A holiday to India - tiger safari

The trip was a huge success and we saw our Tiger in Chitwan, a long relaxed sighting, sitting in the undergrowth washing his face, quite unperturbed by us.
A holiday to Nepal

I did just want to drop you a note to thank you and your team for looking after us so well over the past couple of weeks.
Holiday to India

Thanks for organizing our Nepal Trip – everything was wonderful. I soon realized why we had to go on these dates as GUN was an excellent guide and naturalist, I don’t know what we would have done without his assistance.
A holiday to Nepal

Just to say thank you for arranging such a wonderful holiday for us. It has been a fascinating experience. Everything worked perfectly and I can say that you gave us more than what you promised on the tin! We will definitely return and will be in touch.
A holiday to Borneo

The trip was overwhelmingly successful in all respects for every one of us. It was a trip of a lifetime and certainly one that will be in our memories forever.
A holiday to India - Rajasthan and wildlife

I just wanted to thank you so much for organising an absolutely amazing trip. We both loved it all and cannot wait to get back to India.
A holiday to Rajasthan

The kids loved Dubai but then when we reached Maldives - Banyan Tree was absolutely marvellous. The spa was fabulous , one of the best massages we have ever had.
Family Holiday to India and Maldives

Words cannot even begin to describe how amazing the trip was. First of all, the arrangements you made went perfectly. We were picked up and dropped off at every city without any glitches.
Family wildlife holiday to India

Thank you for arranging a faultless and memorable holiday in Bhutan. Having travelled quite a lot elsewhere, I can’t think of any holidays where the pluses so greatly exceeded the minuses.
A Holiday to Bhutan

Thanks so much for arranging a holiday which ticked all of the boxes, and which I think did feel appropriately special to my father given the occasion. Very memorable indeed.
A holiday to Bhutan

We had such a wonderful time in India, from the moment we landed in Mumbai we were captivated by the sights and smells.
Safari in India

I'm home safe and sound and finally adjusting to my time zone. Thank you SO much for the bottle of wine in Kathmandu and the gorgeous flowers that arrived today. How very thoughtful. No other tour company has ever done something like this before!
Holiday to India and Nepal

All in all, a fantastic trip. Thank you very much for all your help in making this happen – much appreciated!
Tiger & Photgraphic Safari in India

Take the first step on your extraordinary journey to China