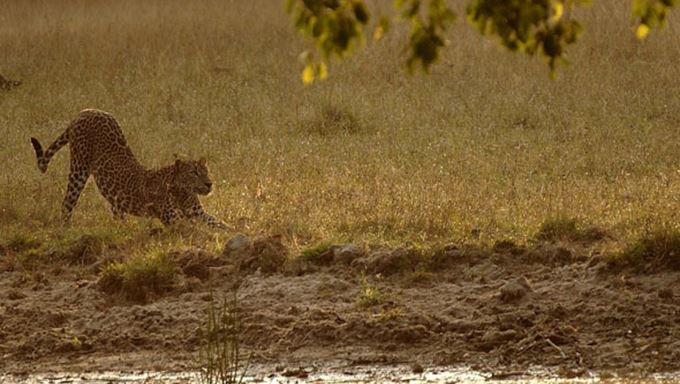 From Leopards, elephants and birdlife in abundance, Sri Lanka offers some magnificent wildlife experiences in Asia. Due to its isolation from the mainland and the heavy rainfall of the two diagonally blowing monsoons, Sri Lanka has a variation in climate and biodiversity normally found only across an entire continent.

Located in the south-east of Sri Lanka, Yala is a beautiful area of lowland dry scrub sitting on a long stretch of coastline, punctuated by rocky outcrops. It is the premier national park of Sri Lanka, and arguably one of the best for mammals in Asia.

The top draw is the Sri Lankan leopard, a sub-species endemic to the country; in certain areas of the park, the average leopard density is as high as one cat to every square kilometer. During the fruiting of the palu trees in June and July, sloth bears are often observed.

The park hugs the India Ocean offering a breathtaking experience. The combination of freshwater, marine, scrub and woodland areas ensures a high diversity of birds. Indeed, the park hosts 220 different types, and serious twitchers have recorded 100 species in a single day.  There are some incredible accommodation options from where you can explore Yala.

Otherwise, poor for viewing mammals, the Uda Walave National Park, created to protect the watershed of the enormous Uda Walawe Reservoir is the best in the continent for observing Asian elephants in the wild. The park, just south of the central mountains, has extensive stretches of grassland as well as scrub jungle and riverine forest.

Minneriya National Park is similar to Uda Walave. Scrub jungle surrounds the lakes and contains many mammals, but game viewing is generally poor – except for the wonderful seasonal congregation of elephants. The ‘gathering’ takes place in Minneriya during September and October, when over 300 elephants come together on the bed of Minneriya Lake, which dries out to create lush grassland.

Situated in the wet south-west of the island, Singharaja is the country’s premier rainforest. The canopy towers up to 45 meters in places and more than half of the trees here are found nowhere else in the world. Mixed-species bird flocks are a key feature of Sinharaja. Around six endemic birds may make up one flock, including species such as red-faced malkoha, green-billed coucal and Sri Lankan blue magpie.

Last but definitely not the least; Wilpattu is Sri Lanka’s largest national park with an area of 130,000 hectare. It is also the oldest national park which has been reopened after several years of closure due to the armed conflict in the country. A few decades ago it was Wilpattu that was known ahead of Yala for its Leopard population. A unique feature of Wilpattu national park is that the entire park is dotted with large sand rimmed natural lakes known as “Villus”. The Villus collects rain water and tends to attract wildlife especially during the times of drought.

The main draw in Wilpattu is the leopard and sloth bear. It is also one of the better parks to see barking deer. Wilpattu is bounded to the north and south by 2 main rivers, the Modara Gamaru towards the north of the park and the Kala Oya to the south of the park.

For guests looking for a few more facilities a range of accommodation is on offer however we love to use the stylish mobile camps situated in a picturesque location that makes the perfect base for your camping experience. Using South African tents complete with comfortable king sized beds and a range of modern comforts, they are made up of non-permanent structures, ensuring minimal impact on the parks, whilst still allowing us to offer you convenient and private tented accommodation, delicious al fresco wining and dining, and an unbeatable personalised service. The site has been specially chosen for its natural beauty and conveniently shaded areas of forest, which keep the temperature inside the tents, cool and provide you with some much needed respite from the sun!