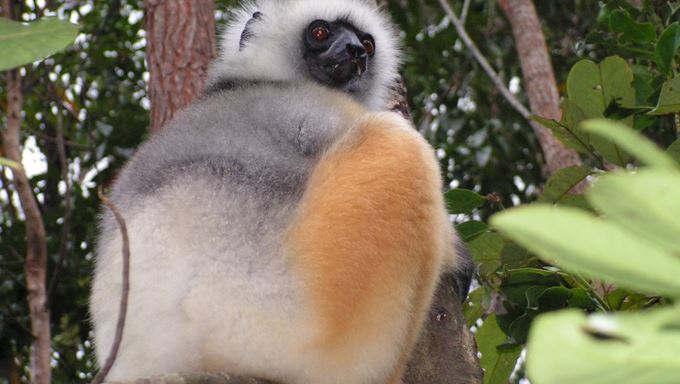 Top of the weight and size scale is of course the gorilla whilst the smallest is Madame Berthe's mouse lemur, which is so tiny it weighs a mere 30 grams!

Chimpanzees and bonobos are the closest relation to human, sharing much of the same DNA. Depending on certain specific analysed genes and DNA, there seems an indication of only an 8.8% to 1.2% difference between human and chimp or bonobo, and around 10.3% 1.6% human to gorilla.

Next month starts with World Primate Day and this highlights the vulnerability and importance in nature of all primate species. Observing them in the wild is simply a wonderful experience and one which I highly recommend if you’re planning a safari.

All gorilla species are endangered, as are many other primates throughout Africa and the world.  Whilst a safari in Africa is of course a highlight for anyone to experience, the additional voyage of discovering and sitting amidst these gentle giants is life changing. If there was one ‘Africa Safari Experience’ on most avid nature watchers to do list, it would be to go gorilla trekking.

Whilst there has been incredible success in the number of mountain gorillas increasing – due to very strict, forceful and dedicated rangers in Bwindi, Volcanoes and Virunga National parks and international media awareness such as Dian Fossey and ‘Gorillas in the Mist’ etc., other numbers are still declining.

In the north of the Republic of Congo the average is four gorillas to a square kilometre and a total of approximately 24 000 gorillas. Only eight years ago there were 44 000.

Top gorilla researchers Dr Magda Bermejo and German Illera follow the gorillas and gather essential data on the gorillas in the Congo, hoping to provide and gather as much research as possible.

Gorillas are enormous and have tremendous power, yet really are gentle giants. They live in family groups with a silverback lording overall and looking after their territory, females are often related and the babies play and create havoc as much as they can – their mothers reaching out to reign them when play gets too out of hand, in is surprisingly very human like.

I have trekked to observe gorillas many times in Uganda, Rwanda and the Republic of Congo, and whilst I think I am the one observing, it is definitely a two way observation and study going on.

Mostly the silverback will note my presence and then sit to the side, keeping an eye on his family and harem, but with a sneaky eye on the humans pointing their cameras at them.

He makes himself look incredibly intimidating – he does a good job of doing just that – thereby keeping you in no doubt that with a simple swipe he could flatten you.

On the other hand I have looked after and played with orphaned chimps in Uganda and have seen a side to them that brings back memories of playing with an over exuberant and enthusiastic young cousin – but at only three years old, these chimpanzee juveniles have the strength of a man!

Tickle them and they ‘giggle’, and they can be exceptionally ‘naughty’ in a human way, yet we are told not to anthropomorphize them.  It is hard not to. Primates have feelings and show emotions like humans, and many researchers who have spent years and years in the field will tell you just that.

Chimpanzees are quite adaptable and occur in a variety of habitats. They can be found in four forests in Uganda – trekking with Jane Goodall trained rangers in Budongo Forest is always a highlight.

In Rwanda they can be seen in Nyungwe Forest – a stunning forest with an abundance of other primates including blue monkeys. In the DRC they are found in Virungas National Park, and in Tanzania’s Mahale Mountains and Gombe Stream National Park.

In the Republic of Congo I have seen them in Odzala National Forest, where I have also been lucky enough to see moustached and Gabon talapoin monkeys.

Bonobos, very similar in appearance to the chimpanzees, live in the DRC in remote areas making them one of the most difficult primates to see.

Bonobos and chimpanzees are our closest relatives and are very similar to each other, however bonobos like to walk on their back legs sometimes and love the water, whereas chimps will avoid it – it’s just there for drinking! Bonobo society also is different to chimpanzee society, the groups are matriarchal rather than patriarchal.

Bonobos are so remote, and so recently recognised as a distinct species from chimpanzees (only 1929), that little is known about the extent of their range and population.

However the area around the forests they’re known to live in has unfortunately suffered deforestation. This, added to the poaching of bonobos and their low reproduction rate means that their population is in decline and is considered endangered.

The decline in numbers of primates is very much in evidence with all lemur species, who are enchanting and so very cute.

Due to deforestation and rising populations, their environments are decreasing, so their numbers are falling. Some of the best places to find lemurs in Madagascar (where all lemurs evolved) are in the spiny forests in the south east, Mantadia and Andasibe in the central areas and Masoala and Marojejy in the north eastern side.

Yet again other lemur species (strepsirrhine primates) occur in tiny pockets across isolated desert areas or for example the drier Andringitra in the south.

Northern Africa, specifically Ethiopia, also has a unique primate – the Bale Mountain Monkey, which was only ‘discovered’ in 1904. These are found in only the small area of Harenna forest in the Bale Mountains National Park where it has been seen only at altitudes of 2200-3400m above sea level. Much research is still needed into this primate but it is considered that its population is declining.

More numerous than the Bale Mountain monkey is the gloriously hairy Gelada baboons (Theropithecus gelada), which are found in Ethiopia’s Simien Mountains. They prefer the higher altitudes between 1800-4400 metres above sea level and their long chocolate brown hair helps to keep them warm.

To come across a family group sometimes up to several hundred, babies playing and adults picking flowers and grasses on the high plateaus with breath taking scenery beyond is a wonderful combination of scenic journey and safari together.

Get in touch with us today to learn more about Africa vacations and holidays.