It’s The Perfect Time To Go To Cambodia Now 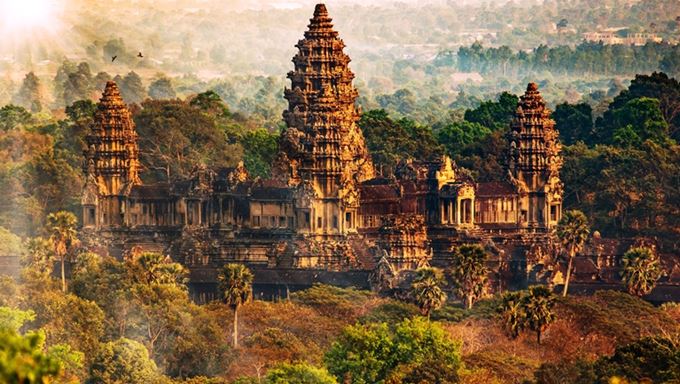 As Asia continues to reopen, country by country, the latest to roll back restrictions is Cambodia which just opened to fully vaccinated international travelers without a quarantine or entry PCR/antigen test.

As travelers commit to bucket list trips they’ve missed over the last two years, Cambodia should be a top destination as the home of one of the world’s most iconic sights, the massive 12th century temple complex of Angkor Wat. And with tourism just starting to trickle back in, it’s possible to experience this landmark without navigating hordes of other visitors as has been the case in the past. So the time to go is now.

The Explorations Company, which organizes high level, authentic custom trips throughout Asia, Africa, Latin America and the Polar Regions with a portion of the costs devoted to philanthropic endeavors, is currently putting together four-day excursions to Siem Reap, the location of the temples. Extensions are also available onward to other parts of the country.

Among the key arrangements in the company’s plan: check-in at Amansara, Aman’s property on the outskirts of town that was built in the 1960’s to house guests of King Sihanouk. Starting on the second day, the Angkor visit begins with a visit to the Roluos group of temples, some of the earliest examples of Khmer temple architecture including the important temple of Bakong which still houses an active Buddhist monastery.

After looking around the magnificent temple, guests will receive a special blessing from a senior monk for well-being and good fortune, an important gesture now more than ever. Later that day, guests are guided through the deep forest temple of Ta Prohm as well as the ancient city of Angkor Thom, the largest city in the world during its heyday in the 12th century and the last capital of the Khmer empire. Sunset is experienced with champagne sundowners on a leisurely boat ride on Angkor Thom’s moat.

Day 3 is for exploring Angkor Wat, the largest religious complex in the world, starting at sunrise with a private helicopter or hot air balloon flight over the site. A Khmer scholar then takes guests through the complex, explaining the history, significance, architecture and ongoing restoration. In the afternoon, guests can repair to the countryside to visit local villages or learn to cook local dishes in a village home. In the evening, dinner is set out in a rural setting, accompanied by traditional Khmer music.

The next day, guests go off the beaten track in a helicopter to the ruins of Koh Ker, the less well known former capital of the Khmer Empire in the 10th century, anchored by a seven tiered pyramid temple deep in the north Cambodian jungle.

Another option is to visit Tonle Sap, the largest freshwater lake in Southeast Asia and explore floating villages by boat. In the evening, there is a performance showcasing historical and modern stories of Cambodia through music, dance, theater and circus arts performed by the students and graduates of Phare Ponleu Selpak’s vocational training center in Battambang – an association formed to help underprivileged and troubled Cambodian children and youth through a wide range of outreach programs.

The brutal Pol Pot regime of the mid 1970s was responsible for genocide—roughly 25% of the population—including executing anyone suspected of being an intellectual, planting a long held fear of education in the population which various nonprofit groups have been working diligently to reverse.