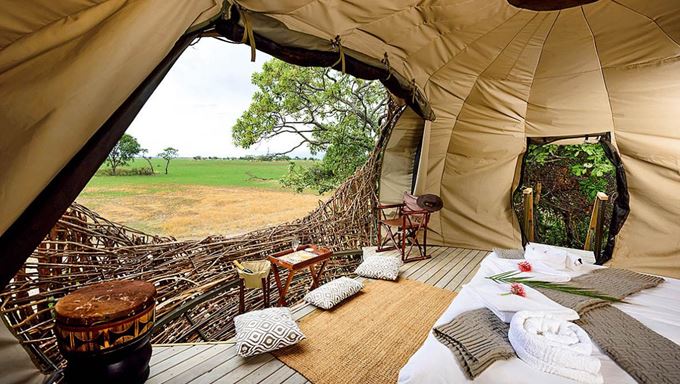 As winter closes in, who doesn’t dream of a tropical island – particularly one with a private villa that can be reached by private jet, such as the new Royal Residence at Raffles Meradhoo? Or a nonstop commercial flight followed by a quick hop on a waterplane in the Maldives to a gorgeous remote villa, such as the refurbished Private Reserve, the largest overwater villa in the world, or the new Voavah, the private island just off Four Seasons’ Landaa Giraavaru.

According to Nicola Shepherd, of The Explorations Company (theexplorationscompany.com), islands are the hottest destination this winter for those happy to travel – not only because of their low Covid numbers, but new packages created by the company that will transport guests from their homes in the UK or USA, to an island with minimum contact. For example, new partnerships with Jet Companies to destinations such as Velaa Private Island in the Maldives, where guests can be on the beach within 35 minutes of landing in Malé. Villa companies have created “bubble holidays”: for instance, the use of the ten-bedroom Crystal Springs in Barbados, which has staff, a beach and a speedboat from £50,486 a week. And can arrange for a group of up to 20 guests to take over Six Senses’ Zil Pasyon, which is on a private island in the Seychelles, from £14,777 a person for seven nights, with insurance including Covid cover.

For those who want an island of their own, several owners are happy to share theirs, including Thanda Island in Tanzania, with its glass-bottom pool; the 35-acre Quilalea in Mozambique, fringed by healthy reefs, or the dreamy Laucala in Fiji, home to Mr Red Bull, Dietrich Mateschitz, with its chefs, golf course and jungle spa. There’s obviously an appetite for island life, Nicola Shepherd says, as The Explorations Company’s web traffic, which had fallen to below 50 per cent of its 2019 levels, has suddenly become busy. “People have a latent desire to travel,” she says. “And I guess that, of all places, islands feel relatively safe.”

Other than South Africa, Ethiopia and Nigeria, the vast majority of African countries south of the Sahara have had relatively few coronavirus deaths (in the tens, or hundreds, rather than thousands). This may explain why as soon as borders started to open across the continent this autumn safari operators reported a spike in inquiries. The trend is unsurprising when you consider the nature of a safari, says Nicola Shepherd of The Explorations Company (theexplorationscompany.com). “Most clients would travel in a bubble anyway,” she says. “Private plane, then private bush villa, private vehicle and private safari guide. Because you’re outside, in the middle of nowhere, it feels very safe – and camps are spending a fortune testing all their staff weekly.”

During lockdown, several companies have also had time to upgrade or rebuild their camps, or to create new villas. Wolwedans in Namibia has built a new Mountain View suite, where visitors can safari without interacting with other guests. In Zambia, on the wildlife-rich Busanga Plains, Chisa Busanga has built “nest” rooms, high above the ground, in which to cocoon, away from public space. One & Only has opened two-bedroom Forest Suites in its new Nyungwe House camp, from which primate-lovers can set out into the forest to track chimpanzees. In Kenya Angama Mara has erected a four-tent camp in the heart of the southwestern Mara Triangle so that guests can watch the great migration on their own. In Botswana, Wilderness Safaris has rebuilt Little DumaTau camp, with four tents and a sleek pool house for hanging out in the hot midday sun.

There has also been interest from families keen to take children into the bush for an extended period, home-schooling them while teaching them bush crafts, says Nicola Shepherd. Ideal safari-houses include Jabali and Serengeti House in Tanzania, Laragai and Arijiju in Kenya, the Nest in Namibia, and Luangwa House and Tongabezi in Zambia.

For those who enjoy solitude – and are happy to quarantine – there has never been a more peaceful time to go, and travellers can plan a trip based on the creatures they would like to see. During this year’s migration at the Mara River, at which there may usually be 40 other vehicles, clients were there on their own. “And that really is a once-in-a-lifetime experience. A silver lining.”

Airport hell, layovers, weather disruption, other people’s children, our own children and jet lag. It’s no wonder that, even before coronavirus, those who had a bit of cash were flying private.

With more than 90 per cent of commercial flights grounded at one point, the number of inquiries from families seeking private jet travel has hit record levels, says Nicola Shepherd. She says that nine out of ten inquiries this summer came from first-time users, such as families who did not want to miss out on their summer holiday, older passengers who are more at risk of infection and children returning to boarding school (more than a fifth of private-jet passengers this summer were children, according to Private Fly, a charter broker).

Although the cost of flying private is higher than commercial – and average flights – the benefits are obvious. Flying privately also limits the numbers of person-to-person interactions from about 270 on commercial flights to from 2 - 20 on a private flight. You can travel in your bubble at a time that’s convenient, and you can take off and land where you want to on small airfields.

Chartering a jet “on-demand” via The Explorations Company Air Charter Service, allows you to select the best aircraft for your trip, whether that’s an eight-seater Pilatus to flit you to Paris in 45 minutes or a 14-seater Gulfstream G-IV to go nonstop from London to Singapore and many companies have carbon offsetting options in place.