The Kalahari Desert - a vast expanse of sand filled with life 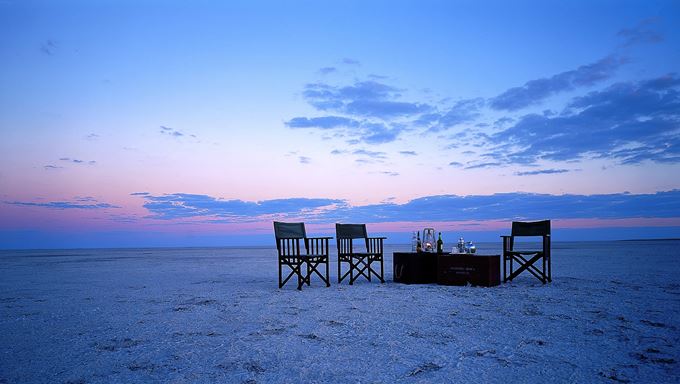 The mighty Kalahari Desert forms 82% of this unique land locked nation and although it is classed as a desert, the Kalahari sands brim with life. Visitors can learn about the Kalahari from the San people who have inhabited this region for thousands of years.

Spend time with the San people, seeing how they have learnt to live, hunt and survive in this harsh yet beautiful environment. Perhaps they may find a Raphionacme burkei – a tuber with an important source of water, scraped and then squeezed for a cooling, if bitter drink. For those who are really interested in the cultural aspect, we can arrange a cultural safari with the San people from several days up to a week to learn about this age old, gentle and fascinating culture. 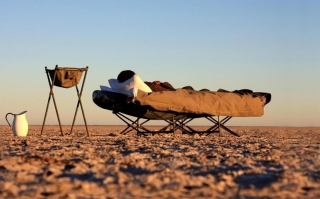 With its vast, open plains and ancient riverbeds, the reserve has grassy covered sand dunes and flat to softly rolling bushveld with mopane forests in the south. This game reserve is almost complete wilderness, mostly unexplored and unspoilt and has very few visitors.

In the mesmerising Makgadikgadi Salt Pans including the largest Sua Pan (4921sq kms), you can quad-bike across the salt flats and sleep beneath a canopy of stars to immense silence. The pans are dramatic, severe, with milky-blue endless horizons, awe inspiring and incredibly quiet and a highlight of any safari to Botswana. 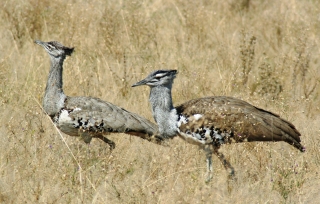 Once a large lake, these pans are now home to thousands of magnificent flamingos that congregate after the rains early in the year. Vast herds of plains game can also be found on the grasslands north and west of the pans when the zebra migration passes through twice yearly. Marvel at the desert-adapted wildlife, including habituated meerkats and brown hyaena.

And for those wanting to canter across the infinite grassy plains dotted with palm trees, take a horse riding safari across the desert, staying at a beautiful, tented camp for a few nights and then sleeping on bed rolls under a starry sky.

Nxai Salt pan lies to the north and is also worth a visit to see pink hued baobabs. In the grassy plains surrounding the salt pans the wildlife can be extraordinary – herds of springbok in their hundreds and wildebeest in their thousands roam from January to June. 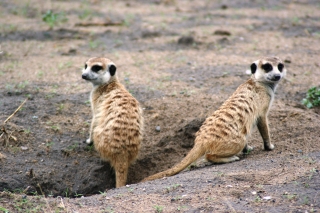 Not only is there animal life, the vegetation is varied and beautiful with soft blonde floating swathes of grasses, bluey –grey Blue ganna bushes, and white trumpeter flowers. With the onset of much needed rains, fields of crinum foetidum lilies emerge overnight with their pink and white heads – a striking contrast and softening a harsh landscape. 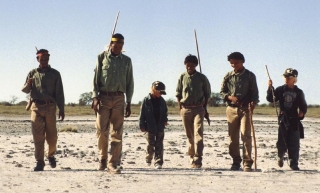 Prominent baobab trees in the area including Baines and Chapmans Baobabs that served as a guide point when crossing the pans and are estimated to be about 3-4000 years old.