Experience the very best of Egypt

Had the Pyramids or the Temples of Abu Simbel been built today, they would be extraordinary, ambitious achievements – yet they have stood for thousands of years, since a time when the rise of the Roman Empire was still a thing of the distant future.

Seeing these monuments defy time, watching the sun rise and fall over them once again is an inspiring experience, one unlike anything you could hope to see anywhere else in the world. 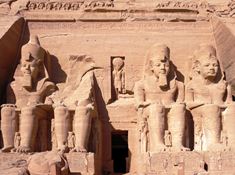 A fabulous site for so many reasons. Geographically, the Temples are incredible simply because they lie so far from the rest of the world, imposing in the middle of nowhere, overlooking Lake Nasser. 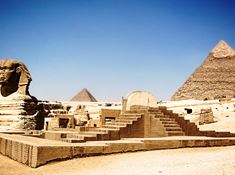 The Pyramids of Giza and the Sphinx

Monuments which speak for themselves. They are the only remaining wonder of the ancient world, comprising three pyramids built for three kings of Egypt predominantly during the 23rd century BC.

The Valley of the Kings

Pharaohs of Egypt’s Old Kingdom were once buried in the Pyramids of Giza and the Nile Delta but during Egypt's New Kingdom (1539-1075 B.C.), the valley became a royal burial ground for pharaohs such as Tutankhamun, Seti I, and Ramses II. 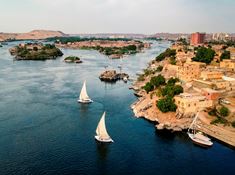 The Nile is the world’s longest river and a luxury cruise on an elegant ship is surely the most relaxing way to discover the cultural landmarks and archaeological sites of Egypt. Retrace the routes followed by Egypt’s pharaohs from Luxor and...

Most people’s first thought of Egypt is of a tract of sandy land on the western outskirts of Cairo upon which three enormous Pyramids sit. That is understandable – they are the only ancient wonders of the world to survive the passing millennia. Furthermore, they are still more imposing in reality than the postcards and photographs suggest; something that you only fully appreciate when the first level of bricks are chest high beside you.

But there is so much more to the country. Since time immemorial it has felt truly exotic to intrepid visitors. The Pyramids cannot be missed, but Egypt’s story is a rich one. The dynasties of the Ancient Egyptians, which stretched out over thousands of years, have bequeathed us numerous monuments and temples from Alexandria on the Mediterranean shore to Abu Simbel deep in the south. And, of course, the Nile runs through the middle of Egypt like a vein, providing a splash of fertility through the desert landscape.

Cairo itself holds a vast wealth of fascinating sites to visit from the Egyptian Museum housing the world’s largest collection of Egyptian artifacts and the maze of alleyways and shops at the Khan El Khilili Bazaar to Old Cairo which was once the original seed of this vast vibrant city now sitting on the outskirts of the current city-centre due to the course of the river changing over thousands of years. Old Cairo is full of sites dating from Egypt’s Christian past and the dawn of Islam’s presence in Egypt.

Within Old Cairo you will find an area known as Coptic Cairo which has a concentration of Christian churches and other sites that date from the centuries between the decline of the pharaonic religion and the arrival of Islam when Egypt had a Christian majority. Coptic Cairo is largely built around the fort of Babylon on upon the remains of its walls.

Interesting desert oases, some simply just ruins, others still inhabited by people dot the vast desert landscapes and are a fascinating off the beaten track adventure for the intrepid traveler, or if you prefer, why not explore the ancient cities of Aswan and Luxor from the deck of luxury boats as you gently cruise the waters of the Nile River.

With such an abundance of historical interest, pleasant weather throughout the winter months, and just five hours by air away from the UK, Egypt is a fascinating destination that justifiably appears on many people’s wish-lists. But with crowds of visitors at these important sites, one’s experience is always the richer if the trip is planned carefully and personally. This is where we can help.

Take the first step on your extraordinary journey into Africa