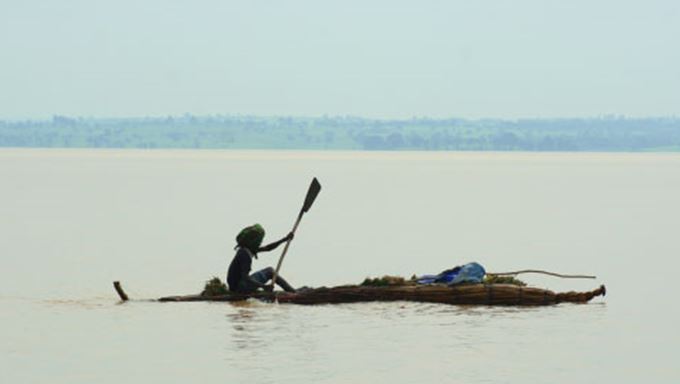 On the edge of Lake Tana, the largest lake in the country ( 84 kilometres long by 66 kilometres wide), Bahir Dar this is a super place to relax and enjoy the lake, visit the island monasteries and also visit the Blue Nile Falls. The city which lies at 5900 feet, is also the stepping stone to travel north to the magnificent Simien Mountains and even further north if travelling by road to Axum.

Located in the Amhara region, the popular Bahir Dar is home to approximately 350,000 inhabitants and is the capital of this region with several attractions enticing visitors. Firstly the lake on its southern end. There are several islands in the lake and they have well known and photographed monasteries.

One of the loveliest activities is to take a ferry or private boat across to one of the islands , there are about thirty in all, and walk around the tropically plant and plantation filled islands, chatting to friendly locals about their way of life. You will see their houses and huts, chickens and goats and also of course visit their monasteries and churches with their painted murals.

Unlike Lalibela, these are built above ground and Bahir Dar’s history can be recorded from the sixteenth century. Please keep in mind that some churches do not allow women to entre. About 88% of the population is Ethiopian Christian Orthodox and the language is Amharic.

Within the city, which is known for its clean wide streets and palisades shaded by palm trees , lies the old Giyorgis church, which has murals  of saints in combat. The city is flat so rickshaws (locally called Bajaj’s and bicycles are the best way to explore.

There is a daily market and a much larger market once a week- be prepared to see all manner of things – pots, pans, vegetables; bags of lentils, grains and beans in every shape, size and colour; reams of fabrics; bags and clothing, displayed in ramshackle stalls and in narrow alley ways. There is nothing whatsoever touristy here!

The Blue Nile Falls lies to the north of the town and is still visited though the flow of the water is now regulated due to a hydroelectric dam having been constructed up stream that redirects the water. They are probably best viewed in the rainy season when the rivers swell.

Bajaj’s (three wheel rick-shaws) are the most common form of transportation in the city. 20 Birr will get you most places you want to go in the town centre. There are also blue minibuses, but few still exist as means to get around town. Bajaj’s are inexpensive and cost no-more than two birr per line of road and ten birr for a private charter.

Being a relatively flat city with wide streets, Bahir Dar is an excellent city for cycling, and bikes can be rented at various locations in the city.

Bird watching is also popular around the lake – terns, kingfishers and pelicans can often be seen, and many of the fish species are endemic including the stone loach. There are molluscs and wetland birds such as darters.  Apart from the churches, markets, lake and bird watching, Bahir Dar is actually a perfect place to sit, rewind and relax on your journey around Ethiopia.