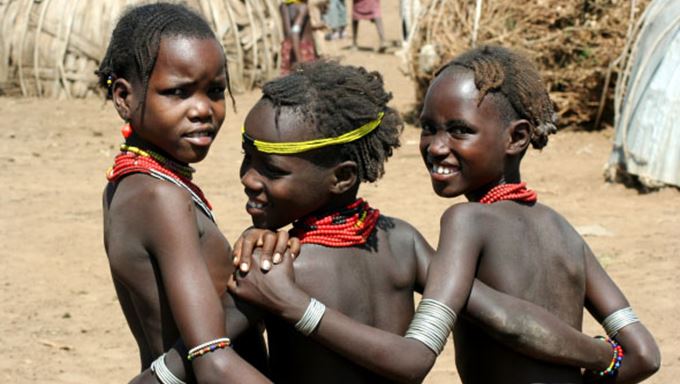 A visit to the Omo Valley is an adventure and meeting ancient and strong willed tribes is equally so! The low-lying plains in the south of Ethiopia is home to some of the oldest cultures in Africa, this is an extraordinary cultural experience. The Omo River flows fairly fast along a 470 mile length with rapids and dramatic elevation on its route to the southern border.

Extending a visit from Addis Ababa south past the Rift Valley lakes, takes you to the southern reaches where the country’s landscape completely changes and your cultural visit to see the many different tribes that occur from Arba Minch southwards becomes one of the most interesting exchanges and insights into tribes that still live as they have for centuries with little to no western influences.

The Omo Valley itself is a drier landscape, wild and filled with different tribes and their herds of cattle and goats in a savannah environment, the further south, the drier and more desert conditions occur. The Omo is also another Ethiopian UNESCO World Heritage Site because it is where some of the oldest Hominid fossils have been found.

Tribes here include the Dorze, Hamar (or Hamer), Konso, Kuegu, Arbore, Ari, Mursi, Daasanech and Turkana.  The tribes all differ greatly from the other and an estimated 250 000 tribal peoples are located in this sometimes seemingly desolate and harsh environment.

Within the Omo Valley are two national parks – the Mago and Omo (2500 square miles), home to elephant, lion, Grants Gazelle, eland, buffalo and crocodiles in the Omo River (that flows into Lake Turkana in northern Kenya).

Personal decorations adapted by some of the tribes like the Mursi are to say the least - eye catching - dozens of land snail shells mixed with bunches of yellow berries and blue beads hung on thick beaten metal bands - surround and adorn white painted African faces. A photographers dream, they are a wild and ancient peoples who practice their beliefs and traditions such as bull jumping and scarification as the Mursi do. The only western influence is the Firearms they carry for protection.

Hamar women are some of the most beautiful with a head of red ochre coloured plaits, metal rings around their necks and white shells on leather thongs against milky brown skin. The Hamer live in and along the eastern side of the Omo River and Turmi in small grass and mud huts.  The men practice scarification - cuts filled with ash charcoal and to show they have killed an enemy and have hair adornments.

Hamar women go through a ceremony that is encouraged by the tribe whereby the men whip their backs, thereby the women feel this shows their devotion. The Konso ladies with their double frilly and colourful skirts; and the Dorze, who live high in the mountains in elephant head-shaped beehive huts and depend on the false banana tree for food and shelter are just two more of the varied tribes found here.

The Mursi women have a white decorated clay plate in their lower lips, said to have started during the slave years so that the women would not be taken. The men practice a beating activity welding a Donga stick at each other to see who is ‘man enough’ to stand a beating and keep standing – a testament to becoming a man. Pictures can be taken but payment must be made –it is essential to have an interpreter and guide with you.

Travel to these parts can be challenging and difficult, but the experiences are well worth the effort