Tailor Made Luxury Holidays to Mozambique

Mozambique is great for Luxury Beach Holidays and Fishing Charters

Sometimes only talked about in terms of its islands, Mozambique offers so much more than this, although the country does happens to boast some of the finest islands and beaches in the Indian Ocean, perfect for a beach, sailing or scuba diving holiday in Africa. 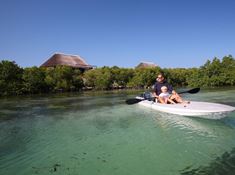 Mozambique is a wonderful country to explore for a family holiday. Probably the best thing to happen along the Mozambique coastline is the introduction of the five day dhow luxury safari that combines a few days camping with a few days... 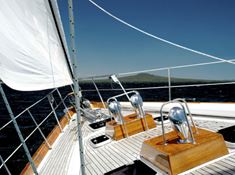 Private Yacht Charter around the Islands of Mozambique

All the yachts are professionally crewed and fully licensed with all the required certification. All yachts are chartered on a whole yacht basis and can accommodate from 1 to 8 guests depending on the yacht Experience the pleasure of a yacht... 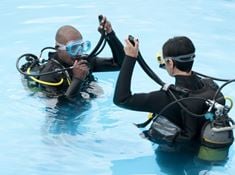 Scuba diving and snorkelling from private islands in the Quirimbas in the north and from wonderful lodges on the Bazaruto archipelago in the south. 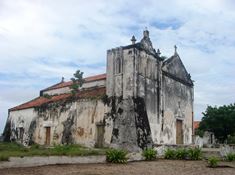 Mozambique has a chequered and colourful history, now an independent country since 1975; previously it was a Portuguese Colony. Stone aged tools dating back 10,000 years have been found around Lake Niassa, and these tools and other evidence show the earliest... 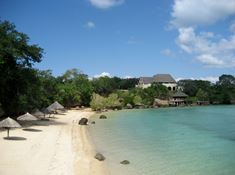 Considering that Mozambique is relatively new to tourism in comparison to its Indian Ocean counterparts, the country offers an extraordinary array of luxury holidays and beach lodges. There is literally something for everyone. 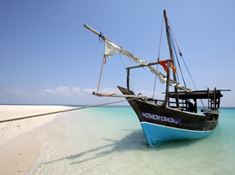 This is the most wonderful thing to do as a family or with a group of friends! These dhow safaris are our preferred way of seeing some of the Quirimbas coastline! Here one has an entirely private dhow for just two...

We love Mozambique for its interest and diversity – powdery white sand beaches, fascinating islands with great history (such as Ibo Island and Ilha de Moçambique) and raconteurs – lying on the old spice trade route and instrumental during the slave era, which now lie almost deserted, with amazing colonial architecture, influenced by the Arabs, Portuguese, French and Indians.

From Robinson Crusoe hideaways to private villas, we can offer the entire spectrum, in both the north and south of the country. For the more adventurous, we can offer a dhow luxury safari along the Quirimbas archipelago or a private yacht sailing along the archipelago. The dhow safaris are one of the most intriguing and fun ways of discovering the coastline.

This is conducted on a private basis with your skipper and crew. The most fabulous meals are served, based on the fresh catch of the day and one can swim amongst dolphins.  One of the most wonderful ways to explore this coastline is to either take a dhow for around two weeks, sailing out from Pemba – or to take a dhow for a few days and then end up at a beautiful, luxury island for a few nights. Perhaps go on a night dive where one can see nocturnal fish and crustaceans.

Whilst on the islands of Ibo and Ilha de Mocambique, take in one of the festivals which are great fun. There are beautiful, old restored colonial buildings which now serve as beautiful lodges. Here be immersed in the culture of Mozambique in a completely non voyeuristic manner.

However, to stay at of these islands is to get a true understanding of the country you are visiting and we feel is a crucial adjunct to a gorgeous holiday, especially given the turbulent history of the country.  Visit the oldest catholic churches and mosques in the southern hemisphere, dating back to the time of Vasco da Gama and visit villages where children love the attention of travellers. See the fishermen drying their catches of the day.

Take the first step on your extraordinary journey into Mozambique