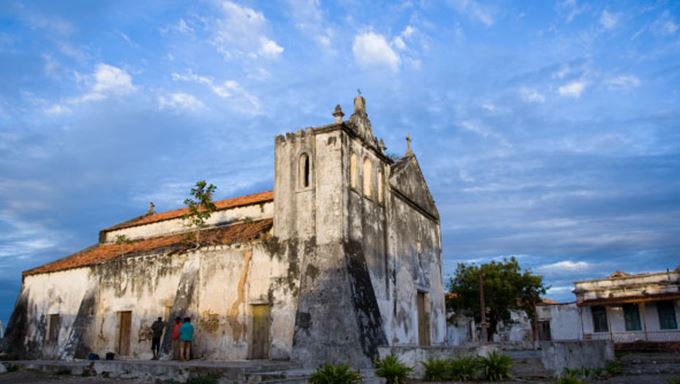 Mozambique has a chequered and colourful history, now an independent country since 1975; previously it was a Portuguese Colony. Stone aged tools dating back 10,000 years have been found around Lake Niassa, and these tools and other evidence show the earliest use of cereals by humans in Africa.

Initially inhabited by the Khoisani peoples before the Bantu speakers travelled from the north, the lands and coast of Mozambique were first visited by Arab sailors who had settlements located here for centuries ( the coast is mentioned in documents since the first century).  The celebrated Portuguese explorer Vasco da Gama arrived in 1498 and visited Ilha de Mozambique.

It is the centuries old settlements that entice visitors to Mozambique and away from the wilderness areas and gorgeous white beaches. Indeed we feel that one should visit one of these unique sites in order to get real feeling of history of Mozambique and it completes any holiday and understanding of the country.

One of the most noted and historical places to visit, is the Ilha de Mocambique. There is one of the finest lodges situated close by, which offers our travelers the best of both worlds. It is worth visiting the island during your stay at a sun drenched white beach or whilst snorkelling, sailing or scuba diving.

Situated in the Nampula province and measuring only three kilometers long, this island near Nacala was once the capital of Portuguese East Africa.  The oldest Catholic Church, Hindu temple and mosque in southern Africa can be seen here as well as the villages which are completely natural and the people welcoming. The architecture is beautiful, albeit many of the building are dilapidated – but it simply lends to the character of the place.

The Ilha de Mocambique is a UNESCO World Heritage Site. Though the Arabs established a port which provided vital links, the Portuguese established more permanent buildings from as early as 1507 through 1522 when they built the Chapel of Nossa Senhora de Baluarte.

The Portuguese used this as a trading and naval base, and important stop en route to India where they traded spices and gold. Slaves where also traded from this point and another old slave fort can be seen and visited on Ibo Island further north and nearer to the Tanzanian border.

Ilha deMoçambique fortifications have withstood battering from Dutch attacks and about half the town is stone built. Many neo-classical buildings remain today.This small island holds many buildings to see including the Old Hospital, Chapel of Sao Paulo (1610), and the Museum of Sacred Art. A Hindu temple and mosques are also on the island.

In the northern Quirimbas Archipelago, a series of islands stretch out - one being Ibo Island.  Just like Ilha de Mozambique, Ibo started life as an Arab port as they sailed down from the desert lands of the north, past Swahili East Africa and across to the northern point of Madagascar.

The Portuguese established a fort here in 1609 called Fort of Sao Joao. In the past, the fort was known as a slave fort with the island being a base from which spices, ivory and gold where exported north, but now a days the quiet island is home to one luxury tourist lodge that has restored old charming colonial governor’s residences and is now known for its silversmiths and dhow building.

Sailing around the island in a traditional dhow really does give you that feel that the island has just been discovered and you are stepping back in time. Watch the children return from school or the residents communing at the jetty, the focal point of any action on the island! The island is perfectly safe to walk around day or night and it allows a wonderful immersion in African culture which is non-voyeuristic.  It is a privilege to visit Ibo, and be a part of the island. There is also a festival here which is great fun to see and encompasses dhow racing and the arts.