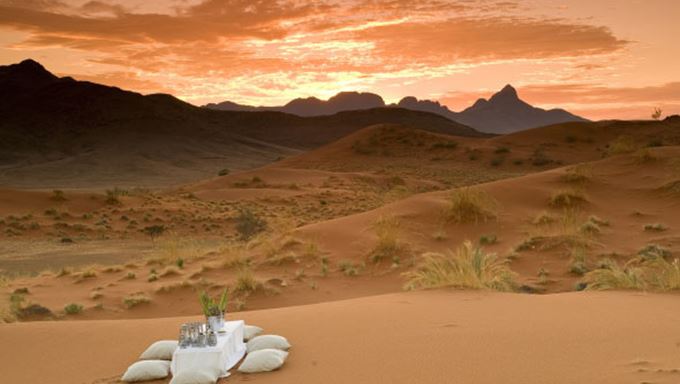 There is nothing that quite prepares one for the emptiness of the Namib Desert, the hissing silence and finally the bejewelled sky untainted by light pollution. Namibia is known to be one of the very best places in the world for star gazing because the atmosphere over the country is so dry and it has a generally cloudless sky. There is also almost no artificial light pollution. 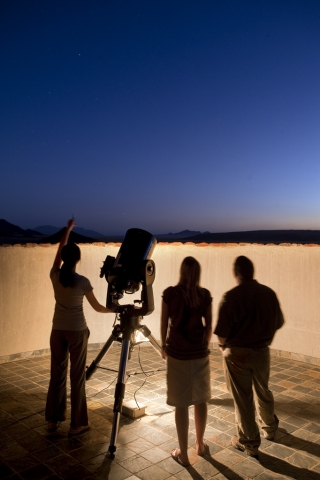 Several of the more up-market lodges can cater for guests to sleep outside on a deck and take in the stars or perhaps in a bedroom where the ceiling has been cut away above the bed to reveal a myriad of stars in the southern constellation. Many of these are not always noticed in the northern hemisphere.

Winter nights are possibly the best so one must wrap up well in the desert where temperatures can plunge rapidly.  The stars and night sky are mesmerising with the Milky Way dominating the central scene together with galaxies, planets and nebulas, shooting stars flying across the sky and stellar clusters - the universe is just simply extraordinary.

Stay in a luxurious lodge where a state of the art telescope, (mostly 16 ‘’ diameter are used in Namibia), has been installed and the night sky will be described to you by an astronomer.  Whether you are experienced or a beginner, the canopy of stars will be sure to grab your attention. Not only are you looking for wildlife and smaller creatures by day, the night time safari is also captivating.

Your guide will show you the most well known – the Crux, Southern Cross and how to work out true south, and others such as Orion and Scorpio. In fact even though the high powered telescopes (some are computerised) can show you far flung stars and galaxies, some stars are actually better viewed with a pair of binoculars like Taurus and the nebulae clustered Sagittarius. Also have a look at the interstellar gas in Carina, and try spot satellites as they shoot across the sky. 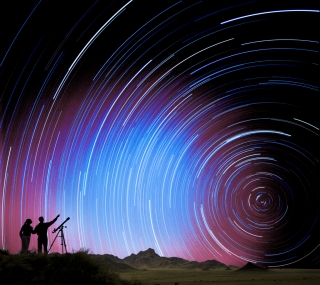 To underline the importance of Namibia and its place within the world of astronomy, the Max Planck High Energy Stereoscopic System experiment is located in Gamsberg. The area was chosen because the Thomas Hochland/Gamsberg area has one of the clearest skies in the world hence there is an impressive array of telescopes located there.

Should you not have an expert with you whilst sitting under a cloud of stars, you could use star guides – some of which light up or glow in the dark or there are several very good and recommended interactive software apps for tablets and android equipment.

Star gazing in the Namib Desert is an important and not to be missed component of any holiday to Namibia.