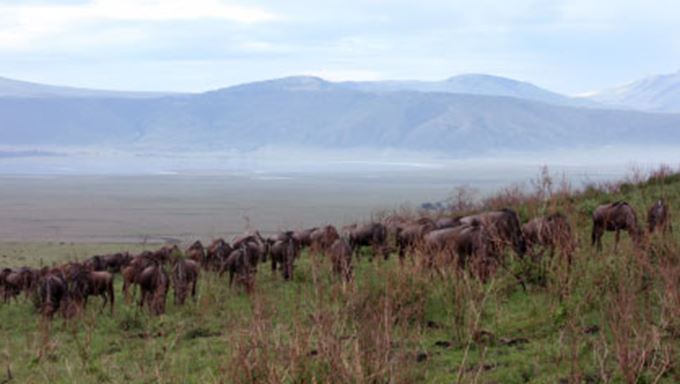 A UNESCO world heritage site. The Ngorongoro Conservation Area is an area of huge diversity and comprises huge expanses of forest, savannah and highland plains.

There are many reasons to consider a Safari in Tanzania but in terms of the top “wish-list” items, apart from the superb Serengeti, Tanzania’s gorgeous Kilimanjaro and some of the finest game viewing on the planet, is Ngorongoro Crater.

Home to excellent wildlife including rhino, but at the same time not closed to the wandering Masai and their cattle, the Crater utterly deserves its World Heritage Site status. Mix in spectacular views and some unusual and eclectic accommodation and Ngorongoro Crater becomes one of those “once in a lifetime” experiences. 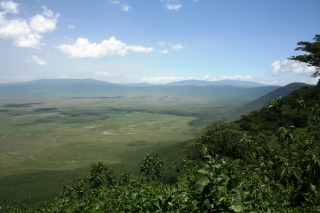 The Crater, which is in fact a caldera and results from the collapse of a volcano several million years ago, is the largest unbroken volcanic crater on earth and as such provides a habitat that is totally unique in it‘s 100 square mile environment.

There has been extensive archaeological research in this region, including early hominid footprints dating back 3.6 million years. It includes Olduvai Gorge where there is a museum detailing the findings by the Leakey family, which range from Australopiths such as Zinjanthropus boisei to Homo habilis, Homo erectus and Homo sapiens.

With a permanent water source, rhino, elephant, hyaena, wild dog, black maned lion and leopard can be seen here amongst a host of antelope. The birdlife is superb, usually including a mass of flamingos’ on the crater lake. At sunset, the wall of the crater takes on a purple hue to engender a dramatic and beautiful setting. It is, put simply, a marvel and the Crater is almost picture-book-perfect with the rim, which is between 12 and 14 miles in diameter, being an almost-perfect circle which encloses a year-round micro-ecosystem.

A safari to Tanzania can so easily include the Ngorongoro Crater which forms part of the Rift Valley Highlands. The road that runs from Arusha, Tarangire and Manyara to the Serengeti passes right around the rim, so the Crater is easily accessible. There’s only one decision to make: whether to stop and stay on the Crater rim itself or down below in what is termed the Crater Highlands (the Crater per se is within the Ngorongoro Game Controlled Area and as such, staying overnight within the GCA attracts an overnight fee).

Whilst there are two mass market lodges on the crater rim (with 80/90 rooms each) we prefer – and choose accordingly – for our clients either a lodge of extremely high standard which has terrific views of Ngorongoro or a small permanent tented camp that is on the opposite side of the rim and is less well located in terms of views – but is truly authentic for a safari! 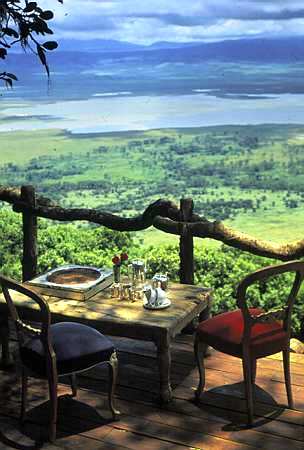 A visit to Ngorongoro will certainly include time spent on the floor of the Crater where the game viewing is best, but we can also arrange some wonderful walking in the highlands to perhaps, include Empakaai which is another crater to the north of Ngorongoro. Almost no-one goes here and the road is highly weather-dependent but the flamingos at Empakaai can be superb in season and the walk down and up again is great fun and totally off the beaten track, if very steep! 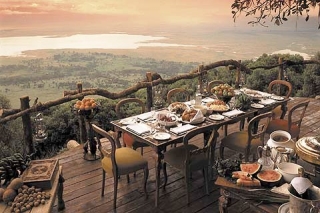 There are also opportunities for slightly more “away from it all” visits to villages on the way to Empakaai as well as, if the weather allows, stupendous views of Ol Doinyo L’Engai, the Masai Mountain of God and the only active volcano in the Rift chain.