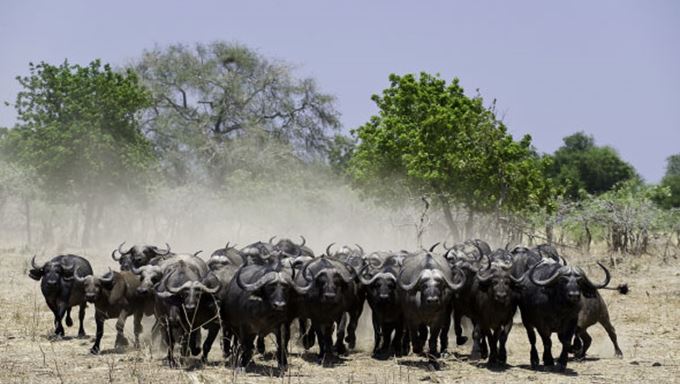 Wildlife and wilderness - Zimbabwe is a wonderful destination for safari goers. So many national parks, from Hwange to Mana Pools are veritable wildlife destinations where the game viewing is simply phenomenal. The terrain and landscape of Zimbabwe is varied from the highlands on the eastern border to the dry Kalahari sands of Hwange National Park on its western side and because of the diversity on offer it makes for one of the best safari destinations.

The eastern highlands incorporating Nyanga and Chimanimani are two of the most scenic because of their green hills and mountains (1800-2593 metres) and cool climate. The birdlife and vegetation are the main calling cards here with unique flora including many aloes and fauna.

Animals that can be seen include zebra, sable, eland but the areas are mostly known for fishing – especially trout and the birdlife. Waterfalls, hiking and exploring can take one through beautiful moor and heath lands where sunbirds feast from aloes.

In the far north western sector of the country lies one of the best wildlife areas – Mana Pools National Park. This UNESCO World heritage site is dominated by the Zambezi River and is home to elephant, wild dog, lion, Cape buffalo, baboons, warthog and hippo, as well as many others.

It is the birdlife too that captures ones attention – fish eagles line the rivers edge, kingfishers hover over the shallow pools whilst egrets, jacana and crakes keep guard along the waters edge. 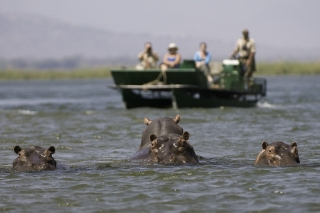 Mana is home to over 350 bird species and many hippo and crocodiles are found in the river. Mana is most noted for its elephants that thrive in the riverine forest and from the pods of the Ana trees and Faidherbia Albida. Breeding herds come to the river to drink and with the Zambezi escarpment on the opposite horizon – the scene is set in a rainbow of colours over the forest, river and mountain. 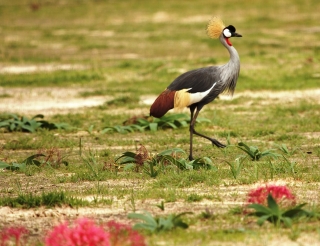 Another two areas notable for wildlife are Gonarezhou and Hwange national parks. Big game is certainly guaranteed, both parks have herds of elephant, buffalo and hippo. There are predators too – lion, wild dog, jackal, hyena, leopard and cheetah and the smaller cats.

The herds in Gonarezhou are a lot more wary because of years of conflict on its borders and within the park itself. This is now under control and species numbers are increasing again. Unofficial figures for Hwange estimate the elephant population to be between 70-100 000! Far more than the ideal

45000 that the park can support. These elephant are however very mobile and do cross borders to Botswana and perhaps to Zambia too.

Gonarezhous' vegetation comprises of rich grasses, leadwood, knobwood, albida and wild mango that provide food and shelter to herds of buffalo, impala, nyala, warthog, kudu, grysbok and zebra. The birdlife is excellent, with several species that can be seen this side of the country that are not in other more well known parks, such as the brown headed parrot. Natal francolin, martial eagle, ground hornbill, black eagle, goliath heron and saddle billed stork. 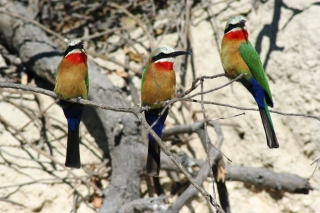 Hwange is the largest park in Zimbabwe and has over 100 species of mammal and about 380 species of birds including cocqui francolin, bataleur eagle, red crested korhaan and double banded sand grouse. A consensus of the lion population is about 600 individuals which means basically it is at its maximum capacity.

Other wildlife to be seen includes wild dog, cheetah, impala, hyena, giraffe, zebra, wildebeest, sable and waterbuck and a myriad of smaller species such as aardvark, aardwolf, African wildcat and several species on mongoose such as white tailed mongoose. There are also buffalo, sable and endangered roan.

All in all a wildlife lovers paradise. 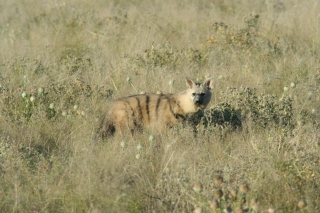