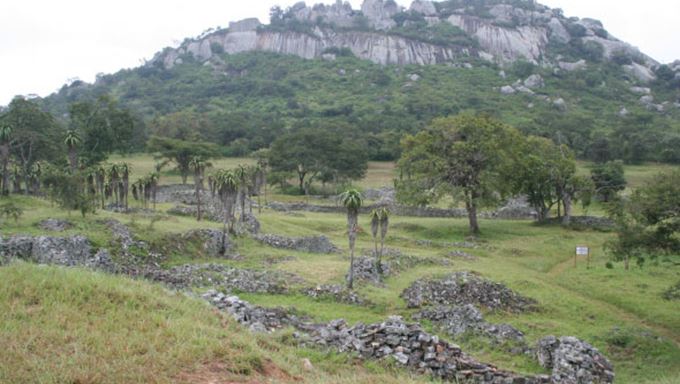 History and past civilisations - Great Zimbabwe National Monument The most notable monument in Zimbabwe and where the country’s name comes from is the ruins of the Great Zimbabwe. The word Zimbabwe derives from the Shona dzimba which means houses. There are two thoughts of the greater derivative, one of which is from dzimba-hwe, meaning venerated houses. 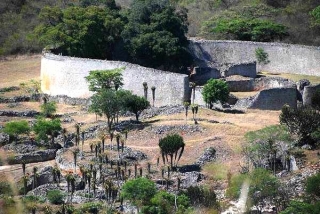 A visit to the ruins is definitely recommended as part of your journey to Zimbabwe, not only is the country wonderful for a safari, but it is important also to understand the culture and history , only then can one really build up a better understanding and really know a country.

The ruins are important to understand how and why they fitted into the trading routes of old. The country’s emblem and symbol – the Zimbabwe bird was founded on eight soapstone carved birds on pillars discovered in the ruins. Perhaps these birds sat in particular places of worship or were royal emblems. 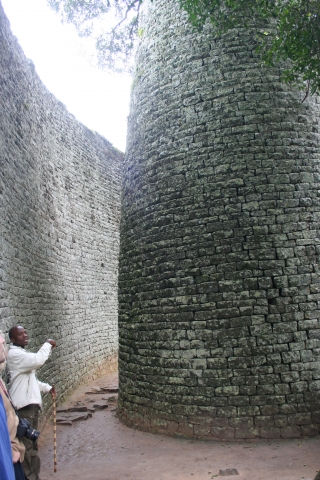 Confirming that this was an established civilisation for several centuries, explorations have unearthed iron and copper wire, bracelets, bronze spearheads, pottery and glass beads and porcelain from China and Persia. Arabian coins where also found, giving evidence that this civilisation indeed traded with far off kingdoms.

Believed to have been built between 1100 and 1450 AD by the Gokomere – ancestors of the Shona people, this fortification was an extremely important trading post and is now regarded as one of the most important sites in Africa.

Indeed it has been recognised and is a UNESCO World Heritage Site and has been protected since 1893. These ruins – the largest south of the Sahara of its kind, are located in the south eastern part of the country, 30 kilometres from Masvingo and near Lake Mutirikwe. To the east lies the Chimanimani Mountains and the south east lies Gonarezhou National Park.

The ruins lie over low lying hills, covering about 722 hectares and are divided into three groups – the Hill Ruins, the Valley Ruins and the Great Enclosure. 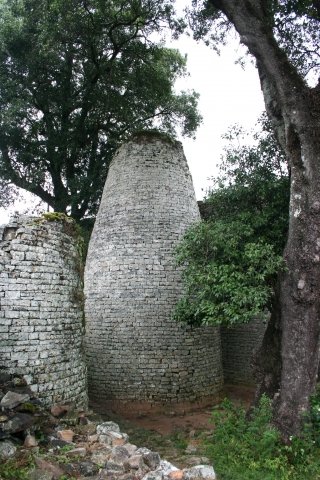 The Hill Ruins are generally referred to as the ‘royal city’ with distinctive enclosures and passageways. The Great Enclosure lies to the south of the hills and has been built of granite blocks without mortar and centrally the passages lead to a high conical tower, around which ‘rooms’ were built such as living and kitchen areas. The Valley Ruins that lie scattered throughout the area were also brick built with dry stone masonry walls. Some of the walls are over five metres in height.

Further archaeological evidence has shown that the site has been occupied from about the 5th Century in a smaller way. It’s believed that the Great Zimbabwe was established by Iron Age Bantu (the Shona) and by the 14th century could have housed over 10,000 people. Because of deforestation and impact of over-population, the exodus of the people resulted in the abandonment of the city and for other kingdoms to flourish – in particular Khami. The region then underwent changes during early 1500 when the Portuguese settled into the Sofala.