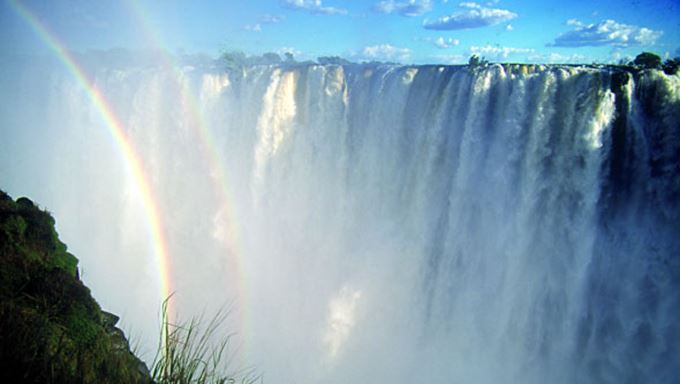 Known locally in the Tonga language as Mosi oa Tunya, the UNESCO World Heritage Site of Victoria Falls is certainly impressive. Standing on the border of two countries namely Zimbabwe and Zambia, the iconic waterfalls that are fed by the great Zambezi River are a sight to behold and are always impressive.

The Name Mosi oa Tunya means the ‘smoke that thunders’ and when approaching the falls even before you see them you can both hear the roar and see the spray rising into the air. The area surrounding the waterfalls is a national park and home to a mixture of birds and animals including impala, baboons and bushbuck. Occasionally buffalo also enter the forest near the rainforest. On the Zambian side the National Park is named Mosi oa Tunya.

Livingstone wrote of the water falls, "No one can imagine the beauty of the view from anything witnessed in England. It had never been seen before by European eyes; but scenes so lovely must have been gazed upon by angels in their flight.’’

The Victoria Falls is not the highest or widest waterfalls in the world, but its combination of width (1708 metres) and height (108 metres) makes for the most impressive expanse and volume of water.

As the Zambezi River flows across flat plains in a shallow valley the water gathers speed past small islands filled with tropical plants and trees, surrounded by low sandstone hills and basalt rock, it arrives and falls into a vertical drop separated by two islands – the Cataract Island and Livingstone Island, though at low flood times smaller islands on the rim separate the falls into veils of water cascading down.

Access at certain times of the year is allowed from the Zambian side to Livingstone Island. This excursion is overwhelming in the power that one feels from the water as it rushes past the island on both sides and plunges into the gorge. The gorge then zigzags away flowing eastwards on its way to Lake Kariba (Zimbabwe and Zambian borders), then Cahora Bassa dam (Mozambique) until it eventually flows into the Indian Ocean.Visitors cross between Zimbabwe and Zambia over a bridge opened in 1905 that lies across the second chasm, where once the river flowed over. 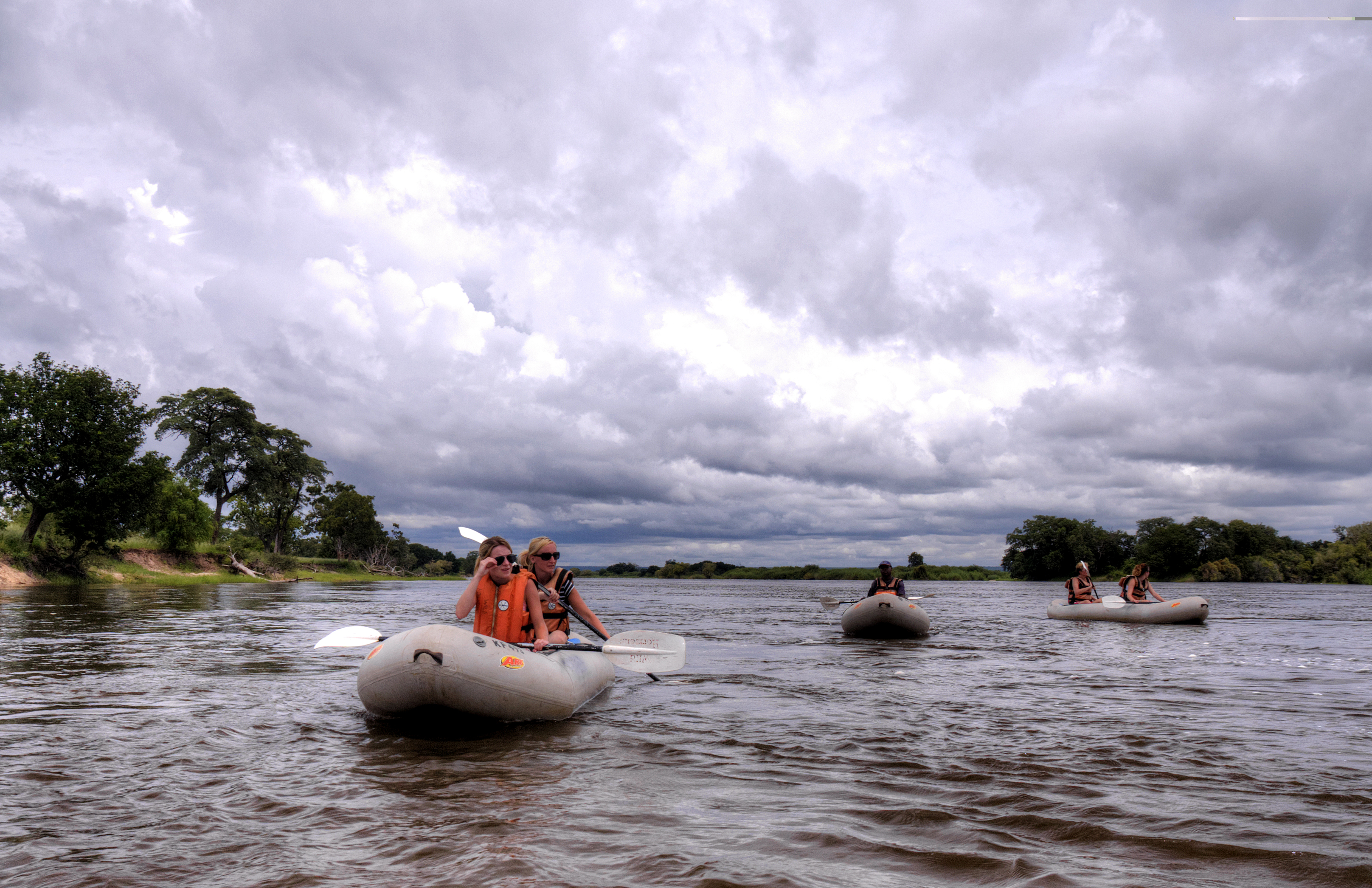 Victoria Falls, and its corresponding Livingstone towns, are certainly very popular tourist honey pots, not only for visiting the waterfalls themselves but for a host of activities that are available on both sides: 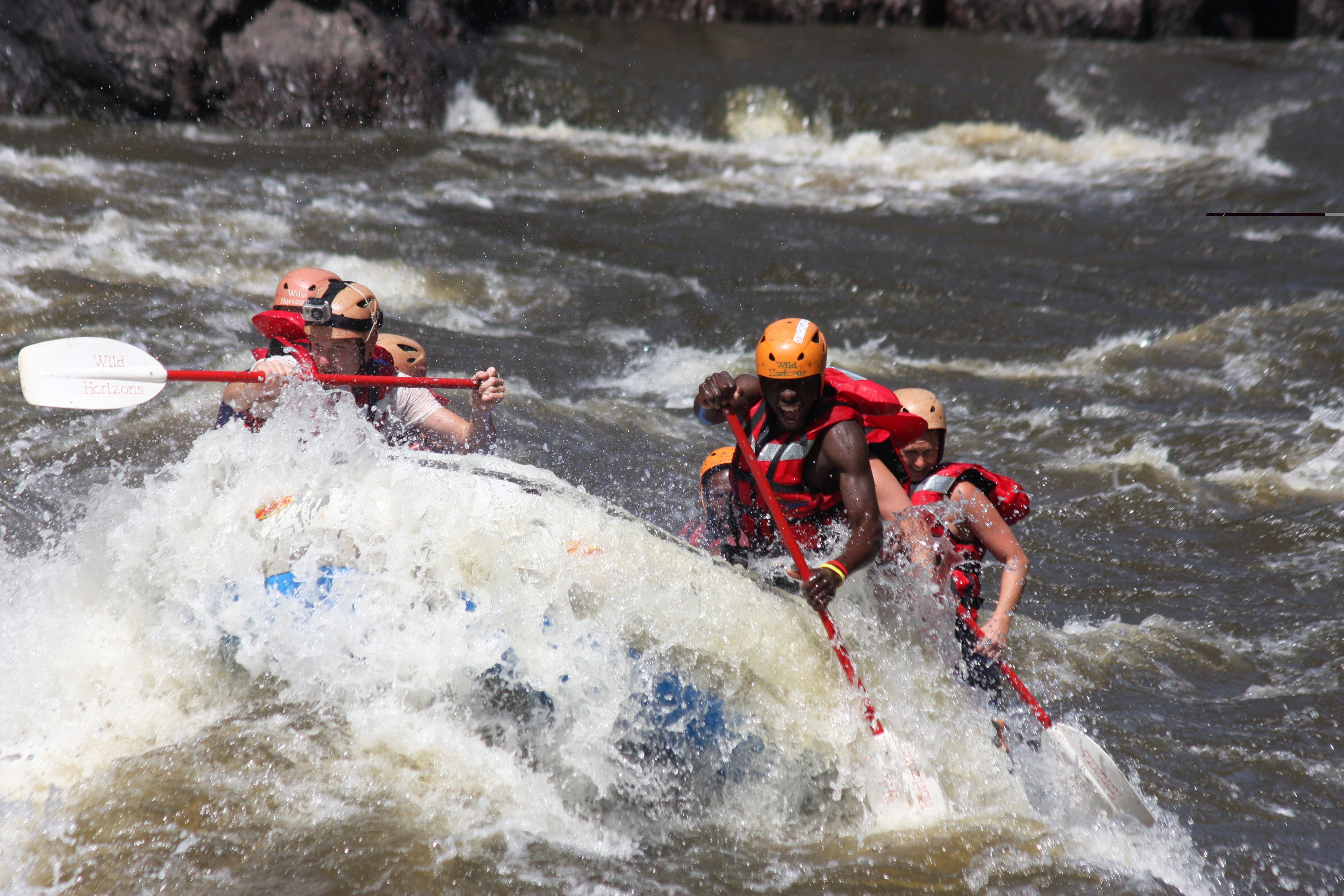 Images by courtesy of Imvelo