Luxury Holidays in the Highland Tea Plantations of Sri Lanka 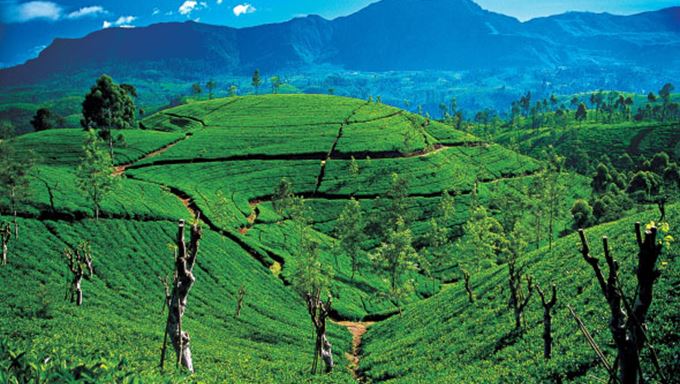 Only a few hours from the coast, Sri Lanka's Tea country is the scenic jewel in the country’s crown. With rolling hills carpeted in tea plantations, powerful waterfalls and rocky ravines this landscape is an absolute must see for any holiday to Sri Lanka. The area also has much to offer in the way of activities with a perfect climate for walking and cycling, an abundance of wildlife and endless adventure sports to get your teeth into.

Although only the fifth-highest mountain on the island, at 2,243 metres, Adam’s Peak is easily the most dramatic, rising in solitary splendour above the surrounding hills. The peak has been an object of worship and pilgrimage for centuries amongst the Sinhalese, thanks to a strange impression on the bare rock at its summit that is popularly claimed to be a footprint made by the Buddha himself during one of his three legendary visits to the island. The arduous climb up the mountain from Dalhousie is traditionally made by night during the pilgrimage season from January to April. Arriving in time for dawn, one has the best chance, weather permitting, of seeing the extraordinary sunrise and the associated spectacle known as the “Shadow of the Peak”, whereby the rising sun casts a perfectly triangular shadow of the peak’s summit which hangs miraculously suspended in mid-air for 20 minutes or so. This bizarre phenomenon has yet to be satisfactorily explained, but is commonly taken by visiting Buddhists as proof of the mountain’s extraordinary supernatural qualities.

A charming village and breathtaking view at Ella

The idyllic little village of Ella is one of the most pleasant spots in the region, with a halcyon atmosphere approaching that of an English country hamlet – although rampant development is now beginning to slightly overwhelm its modest charms. The village’s biggest attraction is the drop-dead gorgeous view through the narrow cleft in the hills, the so-called Ella Gap, down to the hills below, one of the finest views in an island that is full of unforgettable panoramas.

Horton Plains National Park is a bleak, windswept plateau and the one national park in Sri Lanka where the scenery, rather than the wildlife, is the principal attraction: a forbidding and misty landscape punctuated by rare stands of tangled cloud forest and bounded on two sides by Sri Lanka’s second- and third-highest mountains, Totapola and Kirgalpotta. The park offers some excellent hikes, the most popular being the 9km (5.5-mile) round trip to World’s End – a stunning viewpoint at the very edge of the hill country, where the cliffs suddenly fall away beneath one’s feet for the best part of a kilometre to the plains below.

Tea plantations up to Lipton's Seat

East of the down-at-heel little town of Haputale stretch the tea gardens belonging to the picturesque Dambatanne tea factory, from where small country lanes lead up to the superb viewpoint known as Lipton’s Seat. The viewpoint is named in honour of the Victorian tea magnate whose name remains synonymous with tea across South Asia, and who is said to have often ridden his horse up here to enjoy the view. 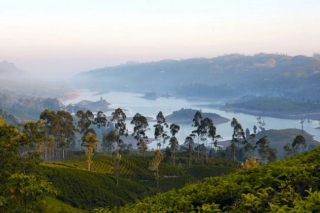 Many of the old Sri Lankan plantation bungalows have been renovated over the years and turned into some of the best boutique hotel accommodation in Sri Lanka, offering something totally unique and extremely special.