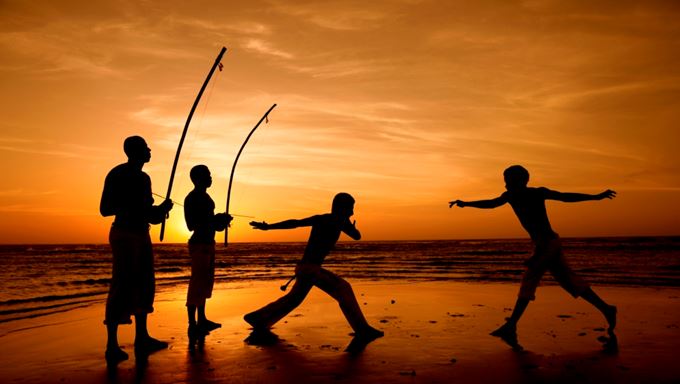 Delve into the African influences of the capital of Bahia state, from the religious trance dances of candomblé to the now world-renowned phenomenon of capoeira, originating from martial arts.

Founded in the mid 16th century by the Portuguese colonists, Salvador de Bahia grew in importance due to its sugar plantations and led to the arrival of Europeans and Africans in vast numbers, influencing the culture of this city today. The heart of the restored colonial centre’s cobbled streets and colourful buildings make a wonderful labyrinth to explore on foot with enough churches for each day of the year, adorned with gold, silver and stone.

Added to this can be seen strong African influences in both dance and religion, such as the fascinating capoeira, which uses dance and elaborate martial arts moves. Bahia is also known as the Land of All Saints and is characterised by its profound and multiple religious beliefs such as candomblé; seen at the Boa Morte festival in August, the most important festival in the Brazilian African heritage calendar.