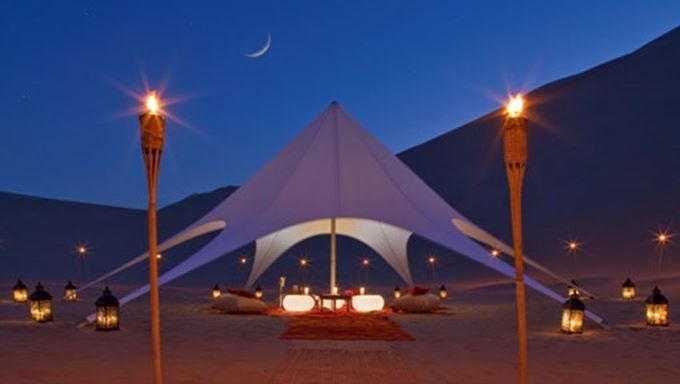 Head south of Lima to discover the intricate designs of the mysterious Nazca Lines from the air, and explore the birdlife and mammals of the Ballestas Islands off the southern coast of Paracas.

Following the coast along the Pan-American highway and past miles of sand dunes brings you to the desert town of Paracas, and beyond to the mysterious Nazca Lines. These carefully constructed lines form intricate geometric shapes in the desert whose scale can only really be appreciated from the air. Take an overflight by small aircraft either early morning or early evening, when the light is best to view shapes up to 180 metres long, including a monkey, spider, condor and lizard, evidence that this ancient people travelled extensively into Peru's interior and saw flora and fauna from the rainforest hundreds of miles away. As to how and why these lines were constructed some 1,500 years ago or more, according to best estimate, remains a matter for speculation among eminent archaeologists but what is clear is that the skill of these ancient desert people in recreating symmetrically accurate designs on a vast scale, when they could not see them for themselves, is quite a feat. We can arrange a late afternoon flight over the lines, followed by a drive into the desert for a beautiful candelit picnic for a spectacular day to remember and the most dramatic birds-eye views of the desert.

The vast dunes that follow the coast of Peru are also host to some small oasis towns, as well as some starkly spectacular scenery and fascinating remains of ancient pre-Inca civilisations at Chauchilla and Tambo Colorado. Families and those who love active adventures will love the thrill of sand-boarding down the dunes or rolling over the red sand hills on desert buggies. You are sure to sample at least one Pisco Sour before you leave Peru and here is where you can take a tour to one of the Pisco distilleries and taste this unique grape brandy. Then explore the birdlife and mammals of the Ballestas Islands in the Paracas Marine Reserve, a haven for pelicans, cormorants, Humboldt penguins and Chilean flamingos – a taster of what the Galápagos Islands are all about and a great opportunity to observe some of these unique species from a luxurious coastal retreat.

Nestled between Lima and Arequipa, give us a call to discuss including Paracas and the Nazca Lines into your bespoke Peru holiday itinerary.