Why should you experience the thrill of an exclusive Madagascar sailing vacation on luxury yacht Luna Moon? 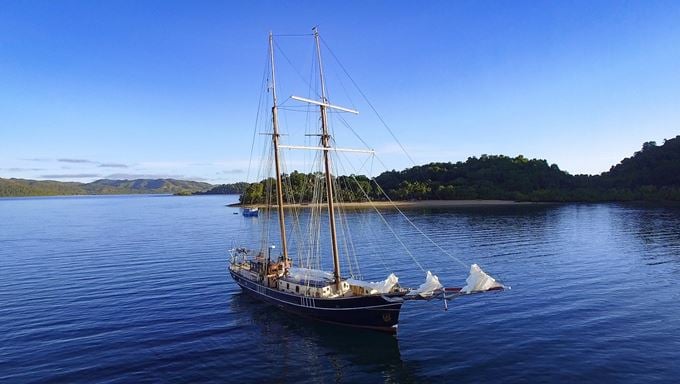 Imagine sailing on a beautiful private yacht over turquoise seas, with tropical unique islands scattered on the horizon, dolphins below you, and sea birds above. The Luna Moon is not just any yacht, she is a 118ft gaff rig schooner, steeped in history, sailing the seas between South Africa, Madagascar and other Indian Ocean Islands.

What makes this one of the most glorious holidays, whether on its own or as part of a safari on mainland Africa or indeed around the island of Madagascar, is that you can simply relax and take in the splendour of the sights and sounds around you!

Taking a tailor-made, exclusive sailing or yachting vacation means that you can choose what you want to do and when you want to do it! Sail at a leisurely pace around the islands or be super active with water sports such as kite surfing - dependent on the region you sail around. This is made all the more wonderful because every surface of this boat exudes history!

The Luna Moon offers two types of sailing experience. It can either be chartered for exclusive stand-alone ‘learning to sail’ holidays, or for casual leisurely sailing on vacation, with a full crew. In the latter, the crew take care of all the necessary work whilst you explore - or just sip cocktails onboard!

What is the guest accommodation like on Luna Moon?

The Luna Moon has six beautifully appointed guest cabins on board catering to a maximum of 11 guests. Up top, there is an expansive deck space as well as a large dining and chill out areas.

All meals are provided as well as bottled drinking water and there is a cash bar selling snacks, cool drinks, beers and local rums. The emphasis is on fresh salads, fruit and vegetables from the islands and of course fresh fish caught daily. 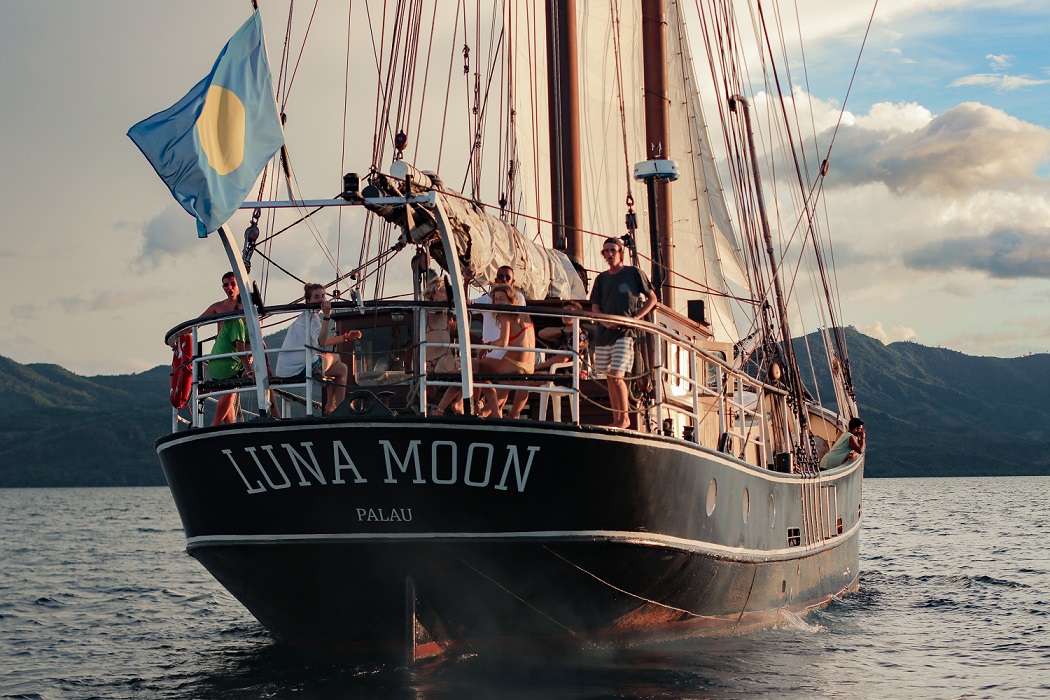 Why can the Luna Moon provide the most special vacation experience?

What I think is most exciting, for those who want to have a different element to their safari or holiday to Africa, is for a family or small group of friends to charter Luna Moon and plan a bespoke sailing holiday in the Indian Ocean. Every sailing is tailor-made to you and your family’s or group’s interests, however my top recommendations include: 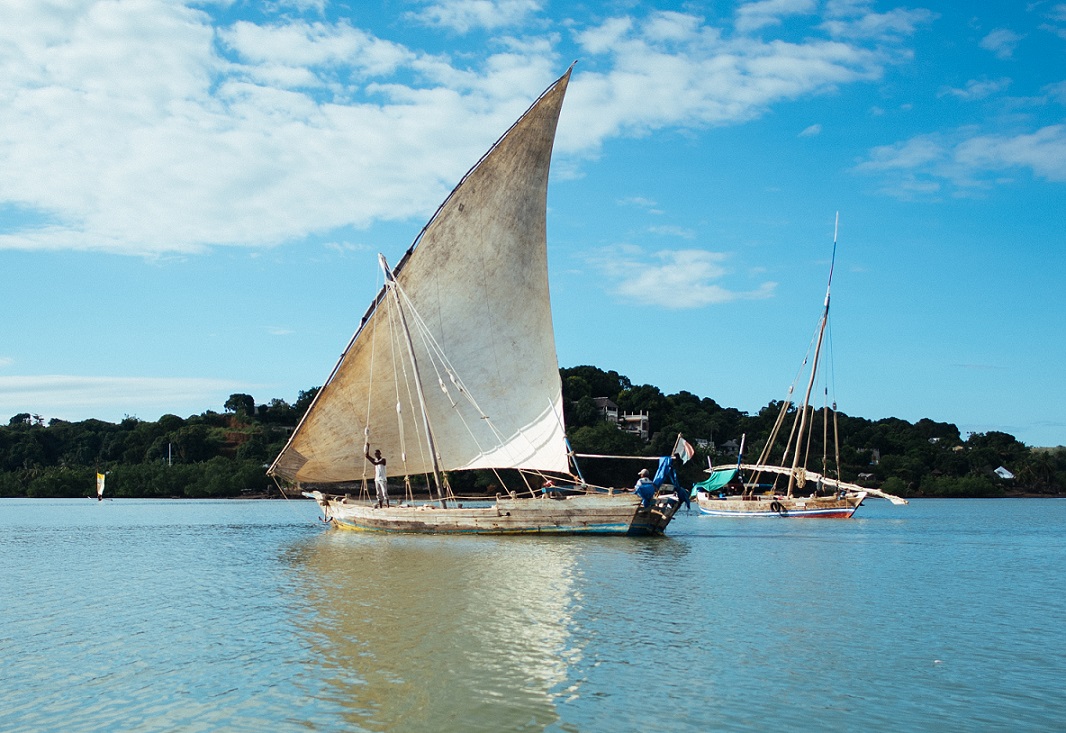 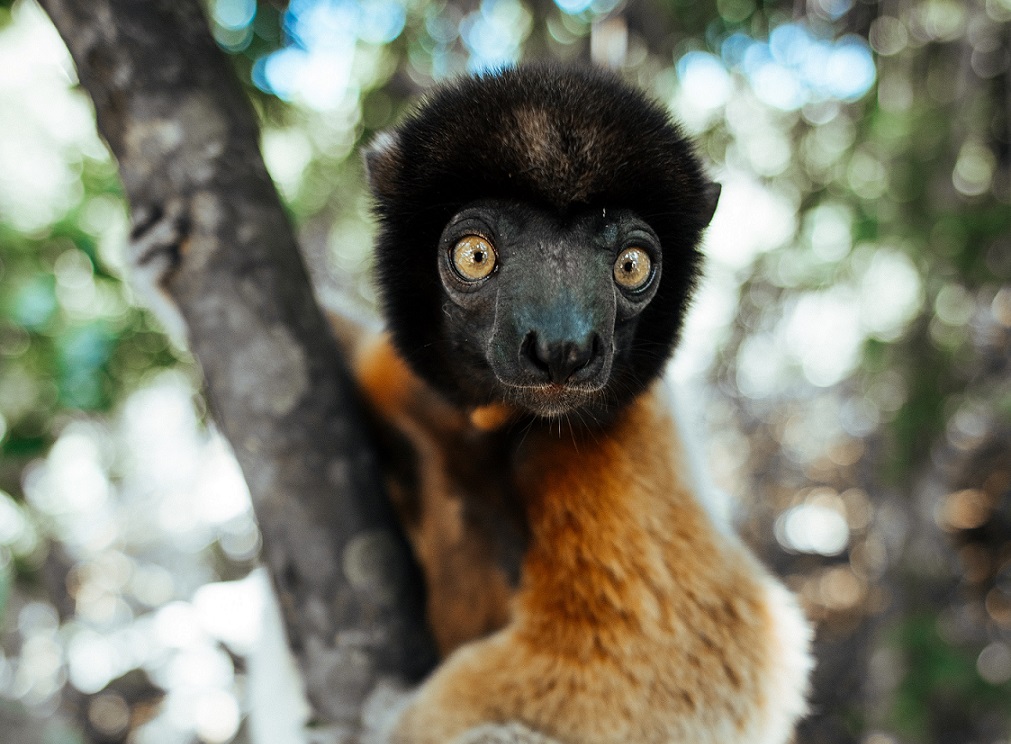 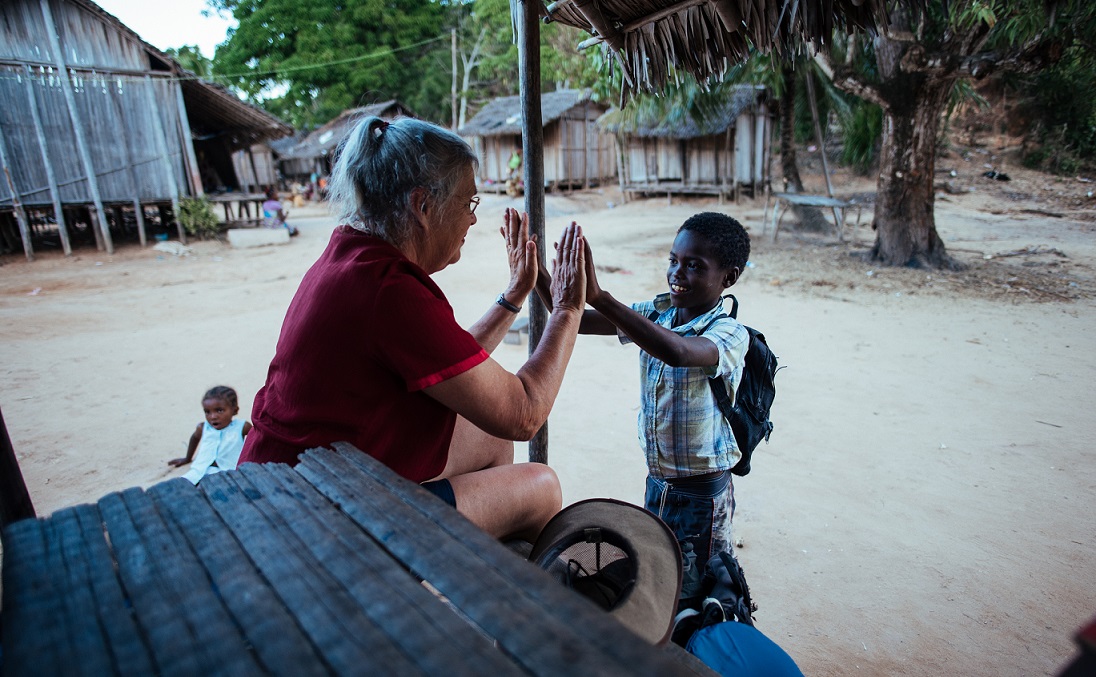 Whatever part of the ocean around Madagascar you select, I recommend spending at least one day visiting one of the fishing villages in the morning where you can interact with the locals, maybe negotiate to buy a freshly caught fish or lobster which you then cook and eat at a BBQ picnic on the beach, before sailing onward in the afternoon.

It is also possible to have a marine biologist join you on a sailing trip, or if you are interested in forests and regeneration, then I loved meeting some of the experts and project leaders as they arrange planting mangrove saplings and choosing areas in cleared forest which has now been secured for is being replanting. 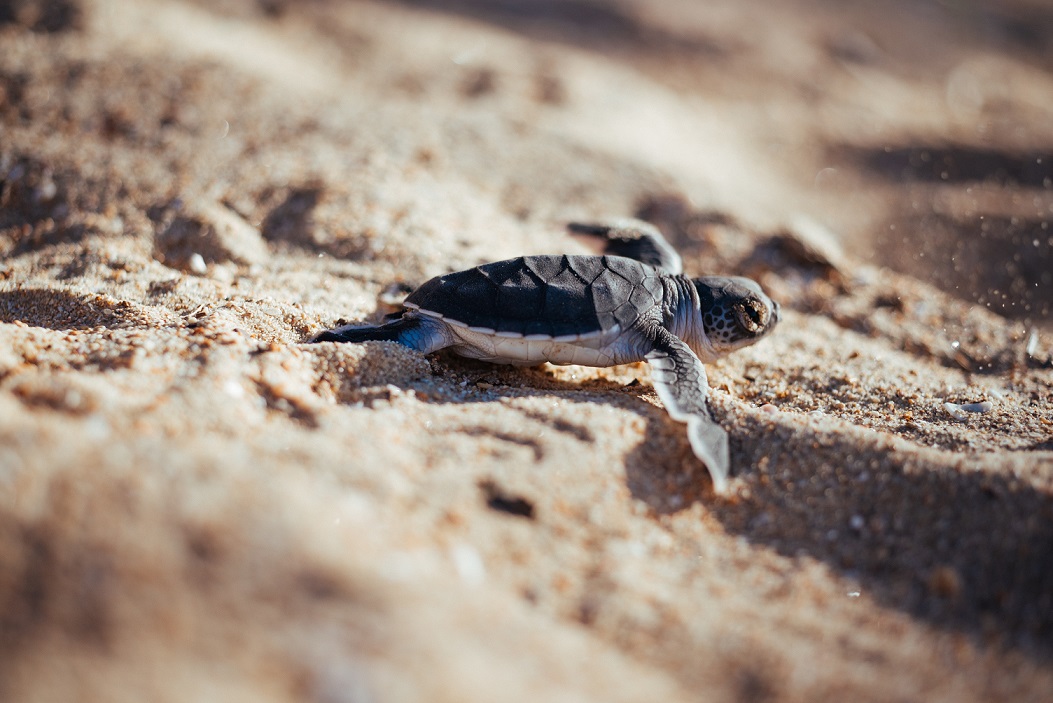 After helping out one afternoon in the forest, celebrate your work with sundowners on the aft deck while listening to lemur calls and a first restful night on the waves.

Want to do something a bit more adventurous?

For adrenaline seekers, the schooner can also be chartered to use as a base from which to do kite surfing (best off the southwest coast around Tuleur) and kite boarding. The far north of Madagascar and in the Emerald Sea is a perfect location for this. 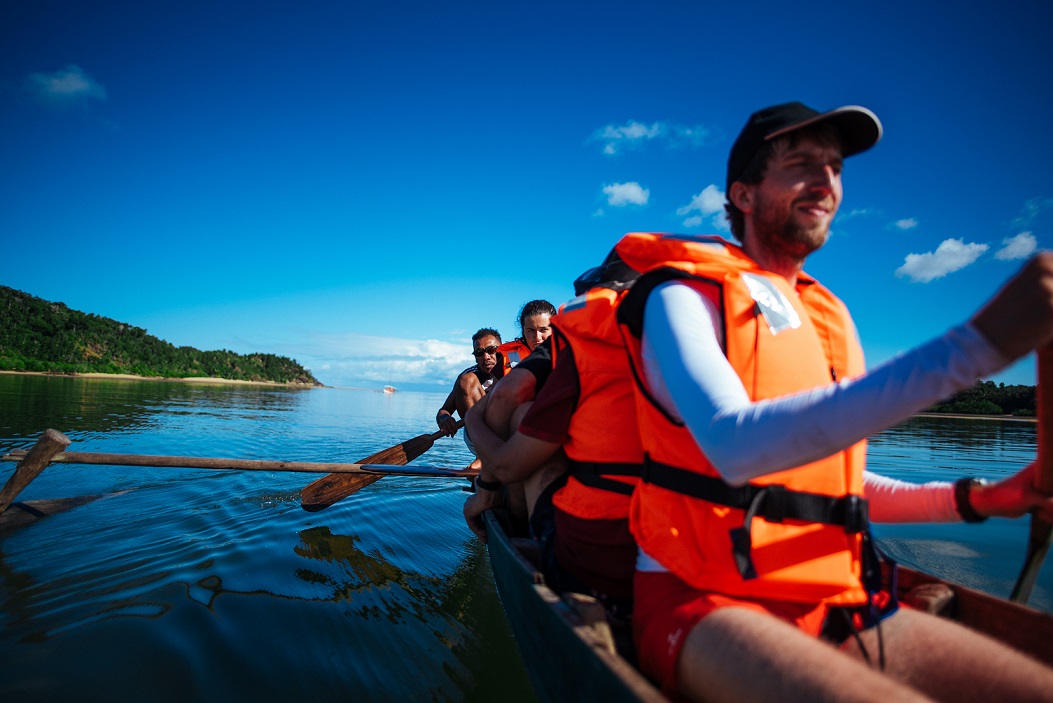 How does The Luna Moon help young sailors?

Luna Moon has two lives – she can be hired for private sailing in Madagascar waters, or sailing from the islands off Tanzania to Seychelles, and secondly, she is part of the Luna Moon Sailing Academy which offers an internationally-recognised sail training program in conjunction with International Yacht Training Worldwide (IYT).

The IYT is a global leader in international sailing certification of competence and has experienced sail training instructors and youth development team leaders, who lead those wanting to learn to sail on board and are available to guide and assist students. 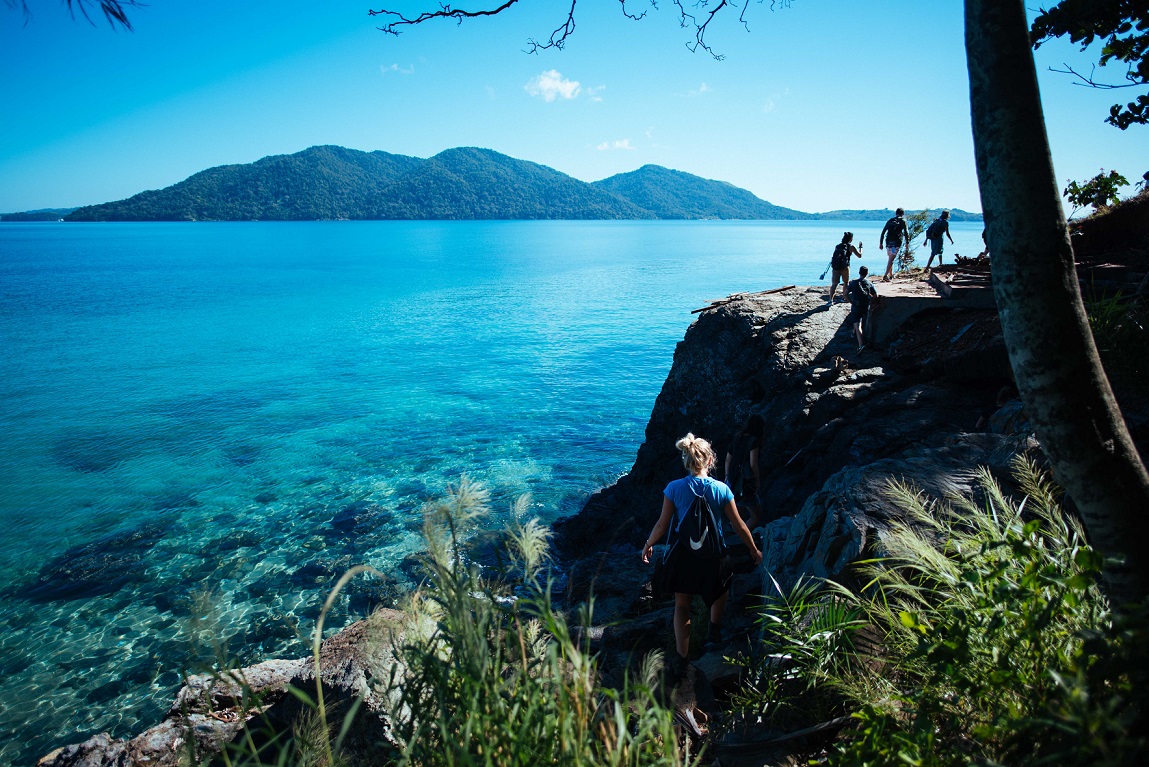 Who are the crew on board the Luna Moon?

Dave Bird is captain on the Luna Moon. With 150 000 nautical miles under his belt, he is mentor to emerging student sailors. His own adventures and experiences include sailing up the Amazon and nine transatlantic crossings.

He is ably assisted by Aaron the engineer, senior crew, a PADI dive instructor and bosun, cook and deck hands including Albert who was born in a small village on Nosy Be in Madagascar and so he knows his way around small wooden traditional pirogues and where to find the best spots for fishing, as well as knowing small and remote villages to explore. The cook is Red, a partially self-taught chef specializing in seafood and traditional Malagasy meals. 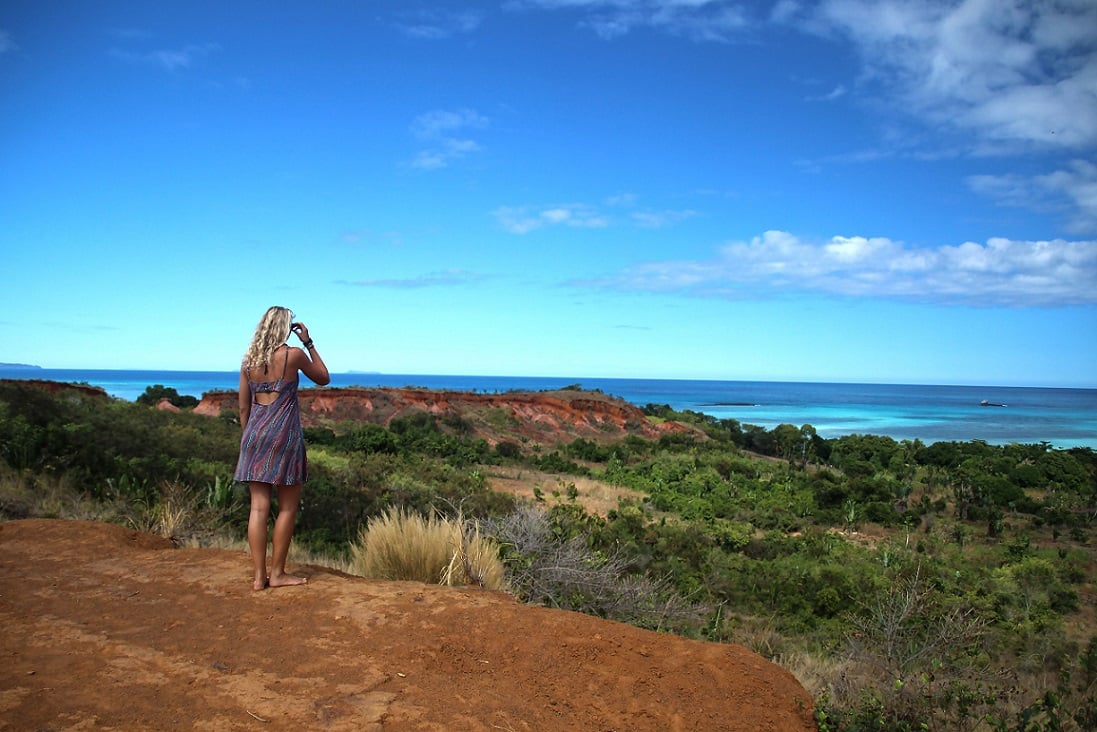 Why is the Luna Moon so interesting?

Constructed using the riveted steel method, the Luna Moon was built in 1917 (during the Spanish Plague) and was launched in 1920. She was specifically designed to pilot Dutch and French boats into safe ports in the English Channel.

Having survived both world wars, she unfortunately fell into Nazi hands when Germany invaded Belgium and Holland on the 10th of May 1940. However, the owner at the time was particularly courageous and thought quickly – he sank her, ensuring that she could not be used! Fortunately, in 1949 the owner re-floated her and refitted her using parts and materials left over from the war, including an engine. 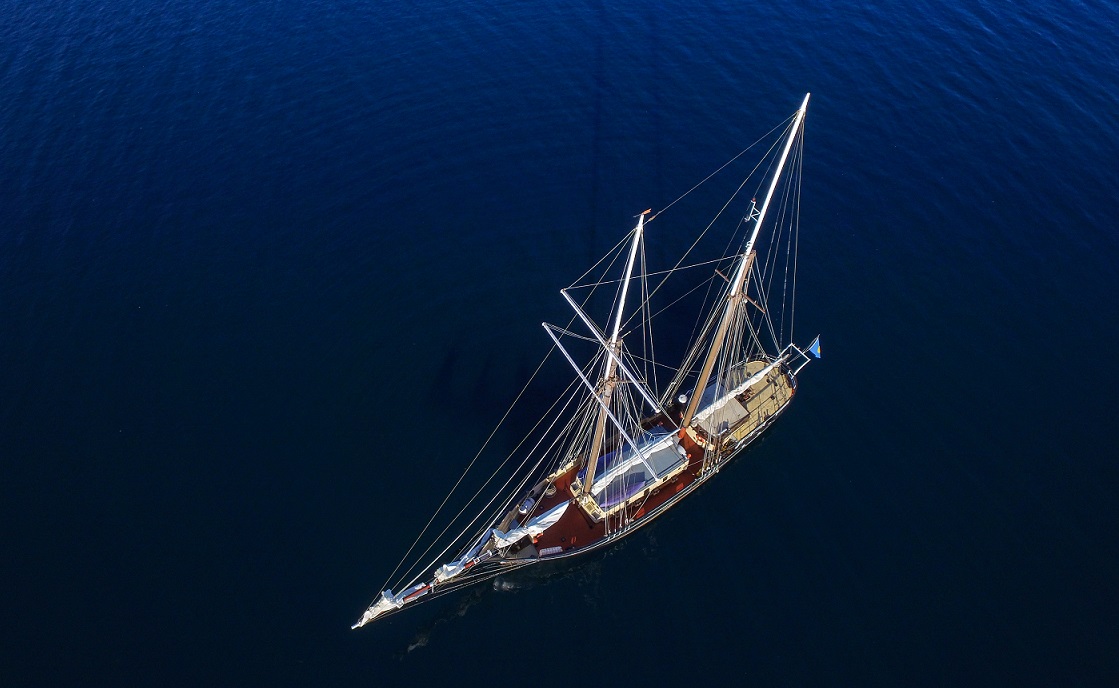 In 1989, Olivier van Meer, the acclaimed naval architect re-designed her and added yellow gaff rig sails, for which she became quite famous, as they had her sponsors insignia on them – the Schweppes Brand. She spent several years as a sail training vessel in the English Channel. Recognized as one of the true great classic sailing vessels, in 2005 she was added to the Chapman list of Great Sailing Ships of the World.

Today Luna Moon is owned by a South African offshore sailor and master boat builder and has undergone further refitting.

If you would like to embark upon an ocean-borne adventure for your next luxury vacation to Africa, please do feel free to contact Kate directly or at The Explorations Company. If sailing isn’t to your tastes, why not try a private island to get your fix of sand and sea? Or, if you would just like to dream for now, you can do so at our Video Library.