Why you should visit Nepal on your next holiday 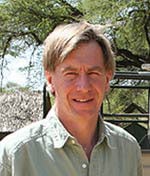 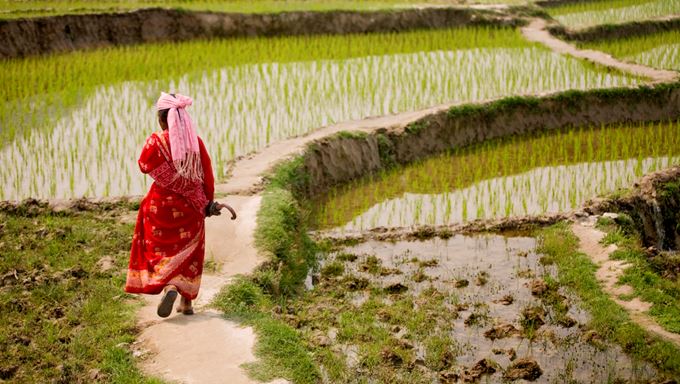 Nepal is a treasure. Diverse, breathtakingly beautiful, utterly friendly, spiritually profound and an excellent destination for fabulous activities including, of course, stunning trekking potential, Nepal has it all.

In a nutshell: Nepal has a terrific variety of superb, active and engaging things to do whilst also being visually utterly dramatic and spiritually superb with the whole brought together under the umbrella of a culture that is utterly friendly and welcoming to the visitor.

Combine this with a selection of small, personally run lodges and eclectic hotels that exceed expectations and Nepal becomes irresistible.

Kathmandu, the capital, is fabulous in itself with, even now after the major earthquake, so many treasures and sights at almost every turn. One could easily spend several days exploring the different districts of Kathmandu, seeing temples, collecting treasures and absorbing the culture whilst being based at one of the several excellent centrally located places to stay.

Nepal’s culture and gentle approach to visitors is a stand-alone reason to visit and is immediately striking and impressive. The country is a heady and highly definite mixture of, predominantly, Hinduism and Buddhism, with strong Shamanistic (and more than a sprinkling of other) influences which have resulted from the country’s location as a crossroads between the east, west, China and India.

The dominance of the spiritual element in the Nepalese daily psyche gives the country a wonderful and moving feel of grounded spirituality that contrasts very strongly not only with the west’s ever-increasing devotion to rampant commercialism but also with the fiercely pugnacious reputation of some of the region’s indigenous inhabitants.

That is not to say that, since Nepal’s’ emergence from an essentially feudal collection of minor kingdoms in the early 1950’s, there have not been - and still are - considerable growing pains. Managing the integration of western cultural influences has been difficult, but Nepal is on the road to a more united entity.

It has had to absorb a very real diversity of religious and ethnic backgrounds as well as political upheaval and this has created, in terms of the ordinary people, an essentially highly tolerant nation. The people are most engagingly, if sometimes frustratingly, fatalistic. Overall, Nepal is fascinating and at the same time wonderfully friendly towards the visitor.

Outside Kathmandu the options are almost endless.

Simple relaxation is catered for at a small but significant number of absolutely first class and very individual properties that offer unexpectedly excellent food, superb management and an eclectic range of activities with, often, an underlying focus on the wellbeing of mind, body and spirit including spa, meditation and yoga facilities. Such properties also come into their own as a place to relax after, for instance, a trek, a climb, a tiger safari or a rafting expedition.

Activities, for which Nepal is famed as having an extravagance of potential, can be roughly split into the country’s three distinctly separate regions that run east/west right through the country; each has very individual geographies, populations and climatic influences: The Terai, the Middle Hills and the Himalaya itself.

The Terai, the flatter lands in the south that lie immediately contiguous to the border with India, is Nepal’s breadbasket. This low-lying, steamy, fertile, region of Nepal is where one goes to try and spot the elusive tiger and one horned rhino in Chitwan or Bardia , take an elephant safari , do some excellent birding (although this is wonderful almost everywhere) and perhaps try some easy rafting.

The Middle Hills are where the widest range of Nepal’s activities are focused; main “centres” being Pokhara and Gorka. This is because of the climate and the potential unlocked by the geography.

Leaving the Kathmandu Valley to one side (which is best “done” from Kathmandu or used as a base to relax at the end of a trip), the Middle Hills and the region to the immediate north where the Himalaya truly start contain some of the best trekking and hiking trails on the planet as well as some world class rafting and kayaking rivers.

Add to this parasailing (alongside raptors!), cycling,  birding,  boating on the beautiful lakes, ballooning, canyoning,  climbing, microlight flights and unexpected delights such as cookery courses and the picture starts to unfold! Once again, all this can be done whilst staying at some lovely and surprisingly high quality small lodges.

Nepal’s trekking is, simply, special. Peak season is October/November but outside the main summer monsoon season privately guided treks can be arranged to stay at fabulous small lodges and take clients very much off the beaten track, which is utterly rewarding.

Physically the terrain can be challenging as it is often quite steep but trekking distances and itineraries can be tailored to suit individuals of almost any reasonable physical ability. The scenery is stunning, the small villages are totally absorbing, the locals are so friendly and the spiritual ambience, with prayer flags, stupas, gompas and temples, is just wonderful.

As always, it is one’s guide that makes the difference, especially when it comes to chatting with the locals, and I always make sure I use the best guides in Nepal when I go.

For the more adventurous and those looking for a uniquely rewarding challenge, the high Himalaya is the ultimate.

Often overlooked, though, and one of our absolute favourite regions of Nepal, is the starkly remote and beautiful high desert of  Mustang, where riding, trekking and meditation join hands to create an other-worldly, uniquely rewarding, experience.

Nepal offers something for everyone, and should certainly be on everyone’s list of “must see” destinations. A trip is especially productive when visited on a truly individual itinerary, uniquely tailored to your needs and interests.