What were the key takeaway's from COP 26 for the travel industry? 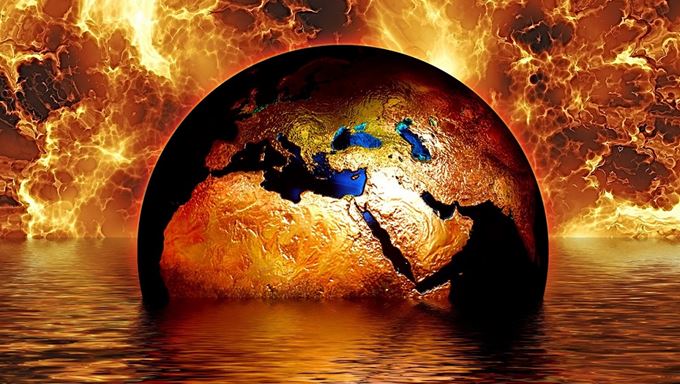 With the world increasingly aware of the disastrous effects of carbon emissions, particularly after the stark realities revealed to us during COP26 climate change conference, I know that many people are reconsidering how they will travel in the future.

It is clear that we need to change the way we live. If we don’t reduce our carbon footprint, there will be dire consequences in the immediate future, and far-reaching impacts for future generations. The great conundrum facing us is how to balance the equilibrium when so many of us enjoy travel?

How has the COP26 summit impacted climate change policy?

This move to renewable power has become far more pertinent now, with the close of the COP26 summit in Glasgow. The Conference of the Parties (COP) is an annual event that brings governments together to discuss and review how climate change is being managed domestically and internationally. It is the main decision-making body of the United Nations Framework Convention on Climate Change, an agreement made by 197 countries to stabilise greenhouse gas emissions and avoid dangerous climate change.

Every year, it is hoped that COP meetings result in agreements between world leaders to take measurable action on tackling climate change. One of the most positive sessions was held in Paris in 2015, which established the Paris Agreement, a legally binding treaty in which leaders pledged to limit global warming. The agreement decreed to keep global temperatures to below 2°C compared to pre-industrial levels, and ideally below 1.5°C. 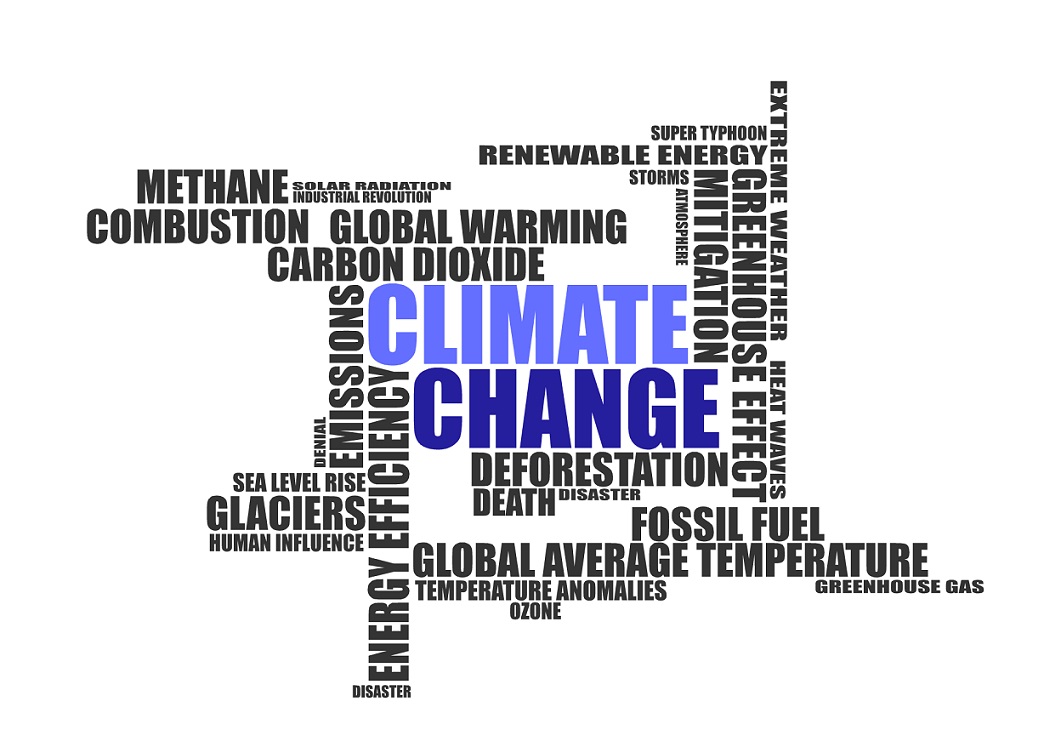 At the moment, the world is on track to get 1.5°C hotter by the 2030s. If Earth gets even hotter still, frequent disasters are likely to unfold more regularly around the planet. Every fraction of a degree's warming will make a huge difference to our future.

Climate change is one of the biggest challenges of our time and it demands global collaboration and co-operation. COP provides an organised environment for parties to gather and discuss how best to tackle climate change together, bringing together both rich and poor countries, high and low emitters.

Friday 4th November was energy day at COP26, which means countries declared their efforts to phase out coal use, one of the worst contributors to greenhouse gasses in the atmosphere. A global transition to green energy is vital if the world is to stop the worst effects of climate change, so deals announced could be huge milestones in the negotiations. 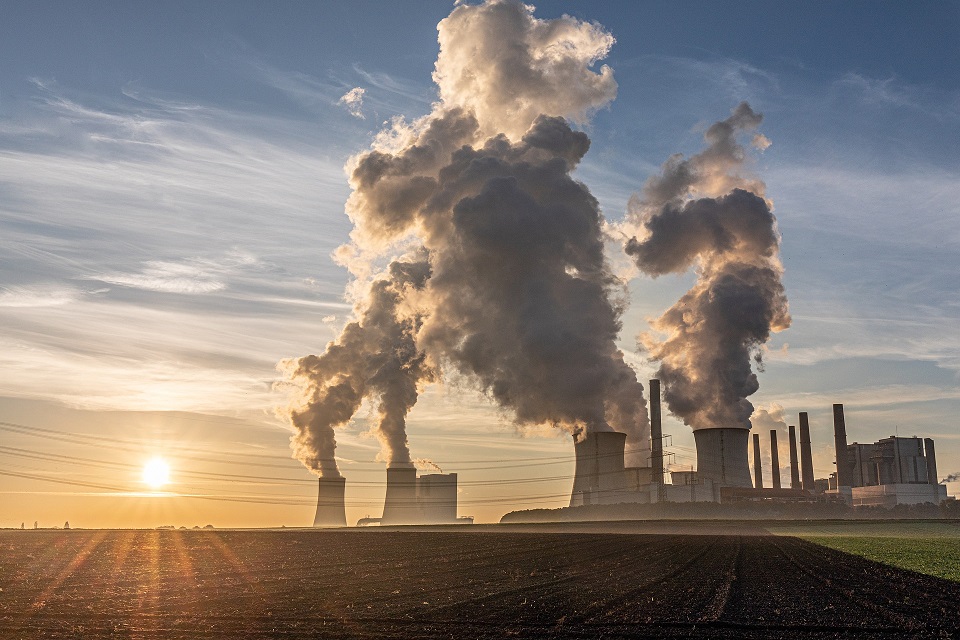 In what has been called by South African president Cyril Ramaphosa a 'watershed moment', the US, UK and EU have agreed to a deal that will see £6.2bn worth of funding given to the nation to help end its reliance on coal. The new deal will help the nation ease off away from the fossil fuel much quicker than was already planned, a move seen as a big moment not only for cutting carbon emissions but also in helping to radically improve the air pollution that currently hangs over much of the country.

Why is urgent climate action needed at all levels?

The answer to this question is brilliantly explained in an article by the Natural History Museum in London. I have included an excerpt below for your information and interest: 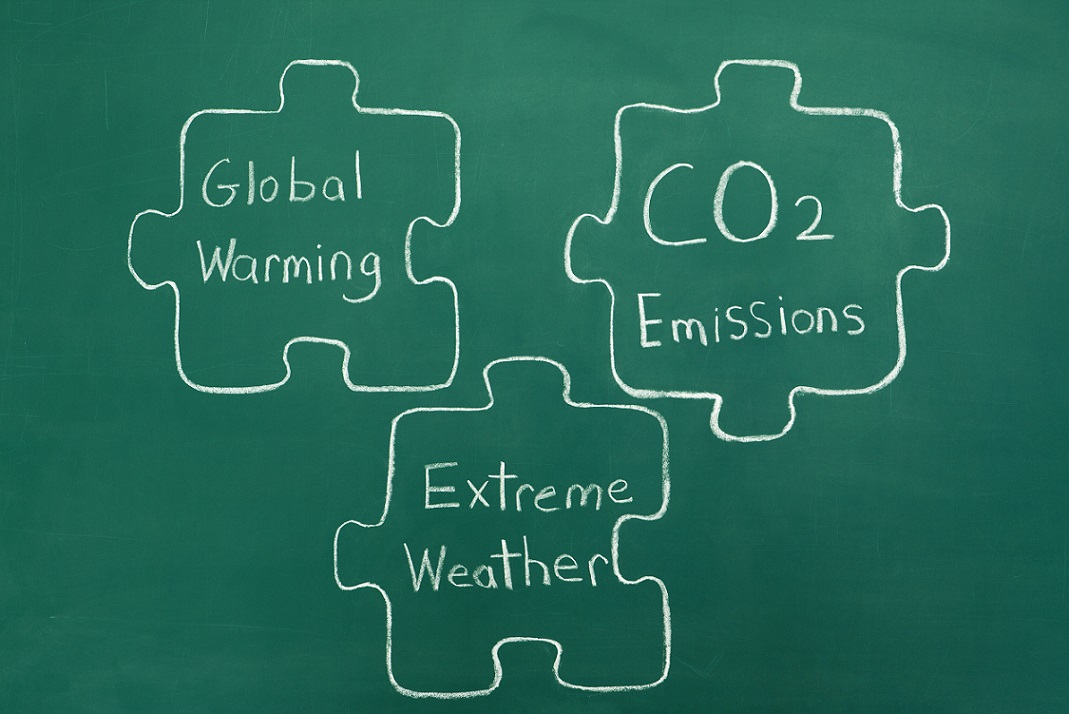 “We are living in a time many people refer to as the Anthropocene. Humans have become the single most influential species on the planet, causing significant global warming and other changes to land, environment, water, organisms and the atmosphere. It is widely accepted that our species, Homo sapiens, has had such a significant impact on Earth and its inhabitants that we will have a lasting - and potentially irreversible - influence on its systems, environment, processes and biodiversity.

The Earth is 4.5 billion years old, and modern humans have been around for around a mere 200,000 years. Yet in that time we have fundamentally altered the physical, chemical and biological systems of the planet on which we and all other organisms depend. In the past 60 years in particular, these human impacts have unfolded at an unprecedented rate and scale. 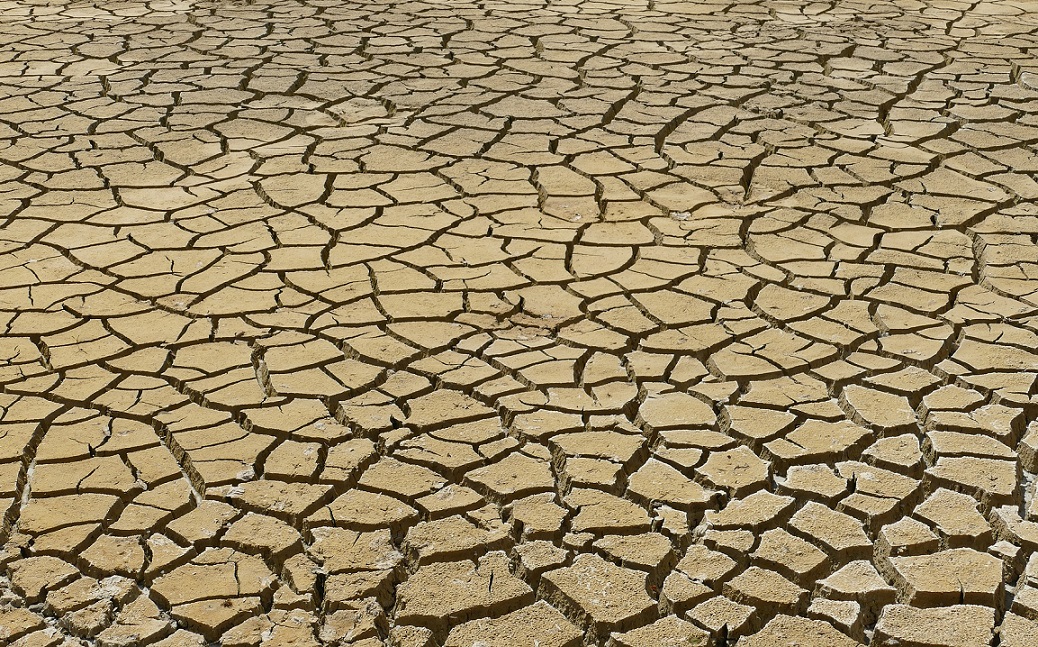 This period is sometimes known as the Great Acceleration. Carbon dioxide emissions, global warming,ocean acidification, habitat destruction, extinction and wide scale natural resource extraction are all signs that we have significantly modified our planet.”

Dr Joeri Rogelj, a climate scientist of Imperial College London’s Grantham Institute discussed the details of this with Emily Osterloff of the Natural History Museum recently:

“It can get hotter or wetter on average or have more concentrated rain in a short period, but then get longer dry periods. All of that can be a result of climate change. Global warming is a term used interchangeably with climate change, although the latter is preferred because the warming atmosphere and oceans are just some of the effects we see.

The main driver of current climate change is the emission of greenhouse gases, most importantly carbon dioxide and methane. These are primarily released when fossil fuels are burnt. Meat and dairy production, producing cement and some industrial processes, such as the production and use of fertilisers, also emit greenhouse gases. Greenhouse gases trap heat in our atmosphere.

Since the mid-nineteenth century, the world has emitted over 2.2 trillion tonnes of carbon dioxide. Energy from the Sun falls on our planet and normally gets reflected back as infrared radiation. But instead of escaping back out into space, this radiation gets absorbed by molecules of greenhouse gases, which then emit them in all directions. 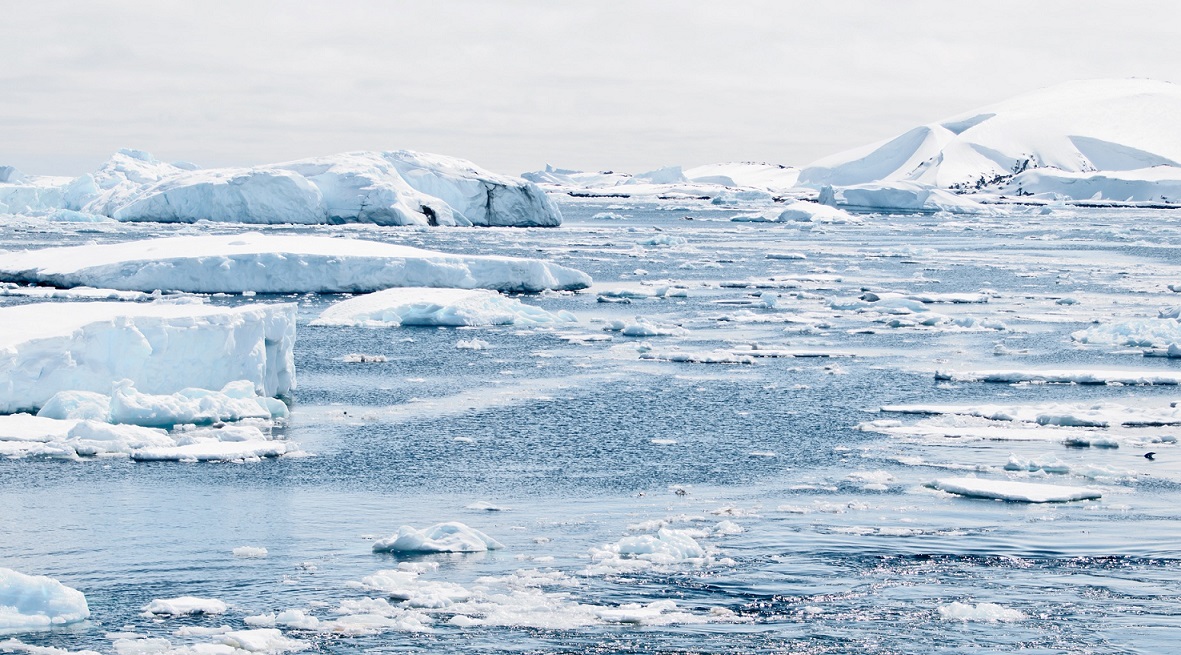 This process causes more heat to be kept near Earth's surface, warming our world. There are measuring stations all around the world that keep track of air and sea temperature. From these measurements it's clear that temperatures are rising.

There are many more indicators that tell us that the Earth is warming. For example, on a warming planet we expect polar ice caps and glaciers to melt. It is clearly observed that those are melting.” 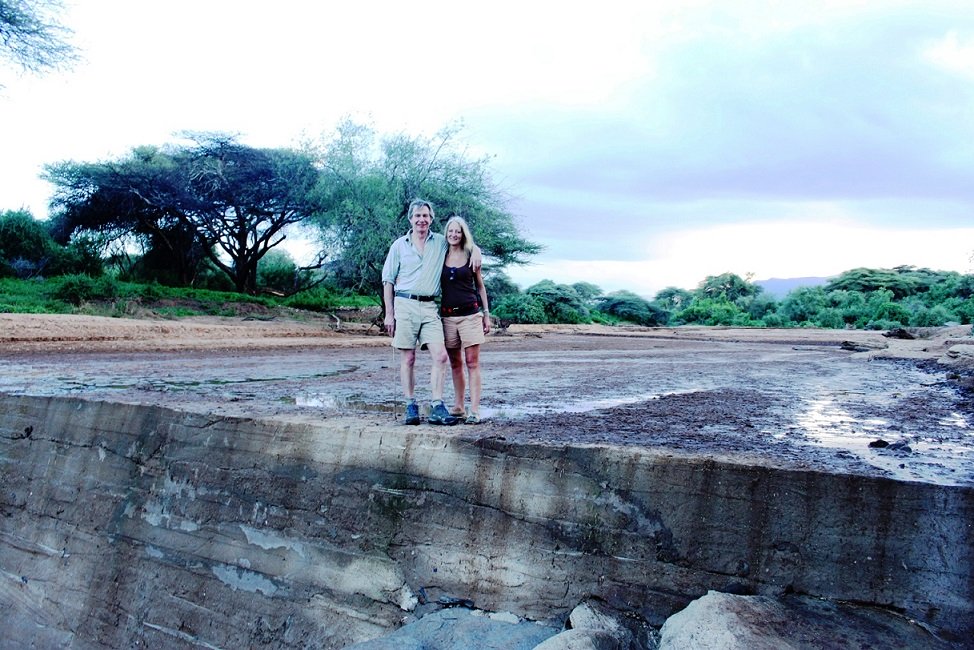 How does The Explorations Company contribute to a sustainable world?

Over 30 years ago, The Explorations Company started with a vision of supporting various communities and conservation entities in Africa and Asia. Now we have gone one step further through our tree plantings and our project to invest in solar cookers for rural African communities (that would usually harvest and burn firewood for cooking).

Whilst our model of sustainable travel admittedly does not reverse carbon emissions from the air, it at least mitigates it and contributes to clean air, whilst we wait for alternate fuel methods for aircraft, whether they be nitrogen, ammonia, or electricity.

Why is responsible travel necessary for a sustainable environment?

Speaking to our clients, the consensus is that travel is good. It is necessary. It brings wealth to third world economies reliant upon tourism. It provides an income to local communities which in turn protects its wildlife resources. 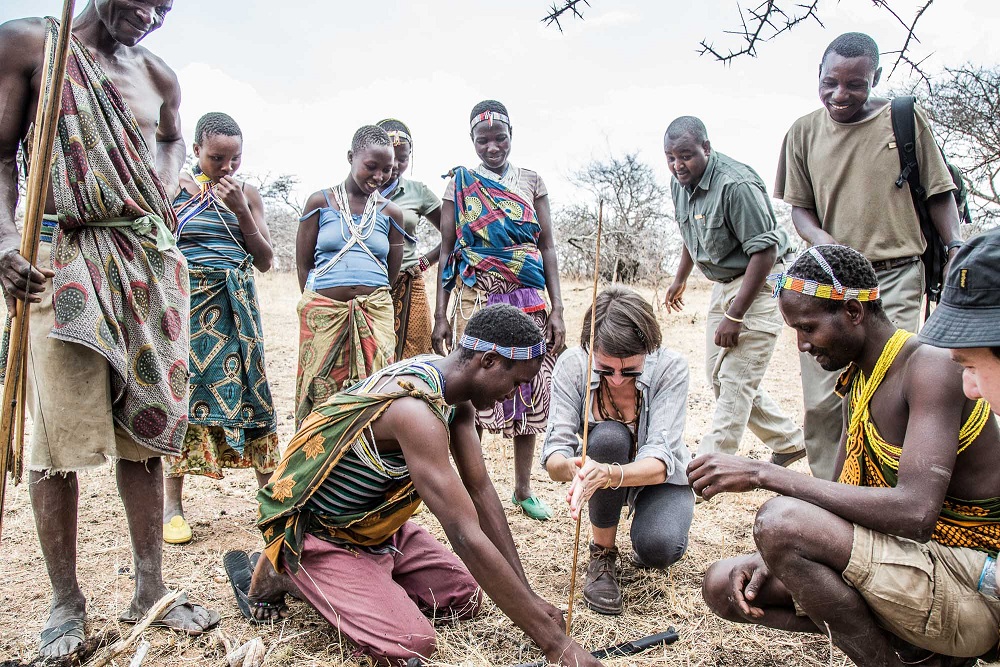 Many communities would be facing a terrible situation without income from tourism. When their wildlife and ecosystems draw tourists, communities are highly driven to protect them. The tourism income allows communities to pay for schooling for their children, to purchase additional food when the harvest is poor, to have safe drinking water in their villages, and buy medicines when they are sick.

Some safari camps and lodges such as Mwiba Lodge form partnerships with their local communities, making them shareholders in the business so they directly benefit from each night you stay there. In some places, the entire conservancy is community owned and run, such as Namunyak in Kenya. 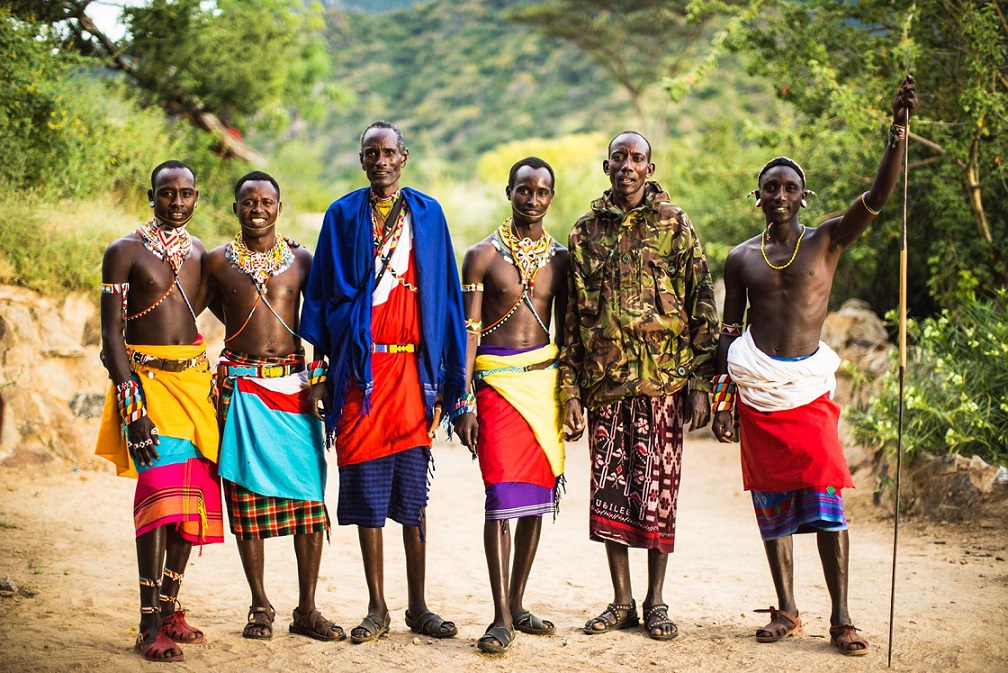 If this income from travel ceased, they would be forced to turn to more destructive methods to survive. Collecting firewood from vital forests in National Parks, poaching wildlife for bush meat, killing elephants and big cats to protect their livestock and crops; these are things that people do during desperate times, to simply survive.

However the type of responsible, purposeful travel that I encourage you to undertake allows you to see the natural world and perhaps become a part of a conservation initiative, a community initiative or a micro finance project, assisting and improving the lives of others less fortunate than yourself. 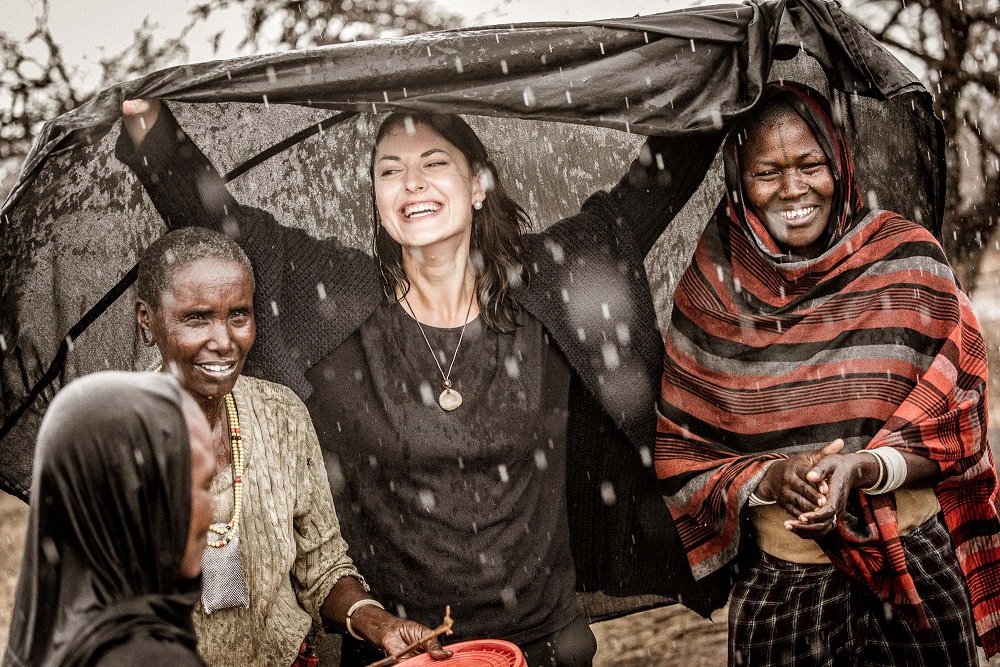 Travel allows our innate altruism to prevail. It is a great educator – both for ourselves, but especially for our children. To engage, understand and witness other cultures can have life changing, beneficial effects on the way we think, act and behave.

But there are other methods too, that we can employ on arriving at our chosen destinations. Low-carbon methods of travel such as the below are my top recommendations for travel in Africa, Asia and Latin America: 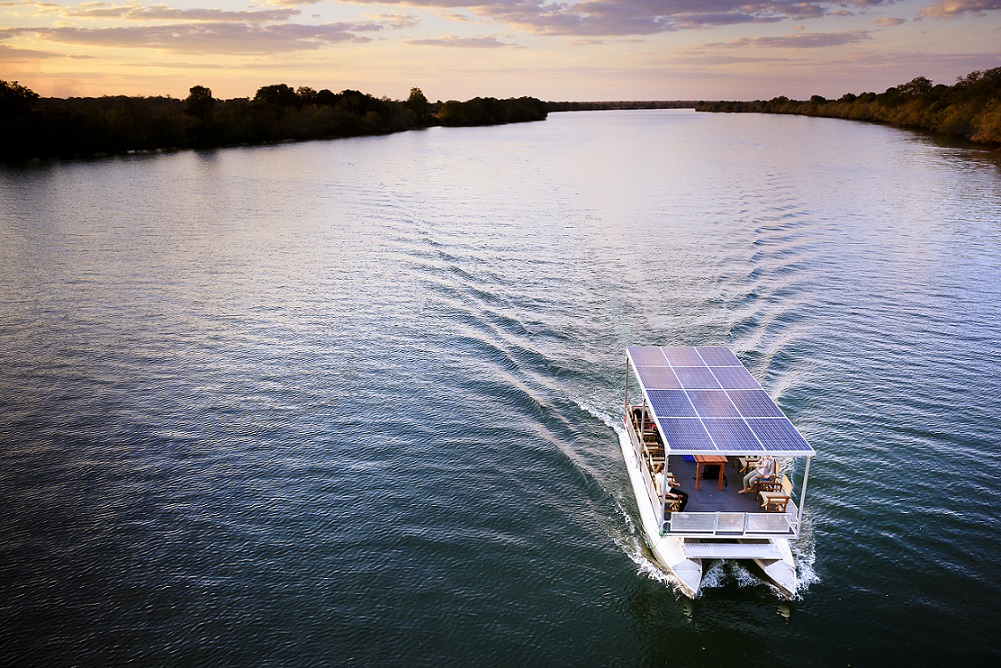 Not only do these methods of movement and wildlife viewing reduce your carbon emissions, but they also enhance your own safari experience. I have previously talked about a pioneering company in Zambia which has introduced the ethic of the “Silent Safari” to their camps by introducing electric vehicles, e-boats and e-bikes on their activities.

Safari camps in Africa are slowly coming around to the idea of electric vehicles, electric boats and electric bikes, despite the initial cost! 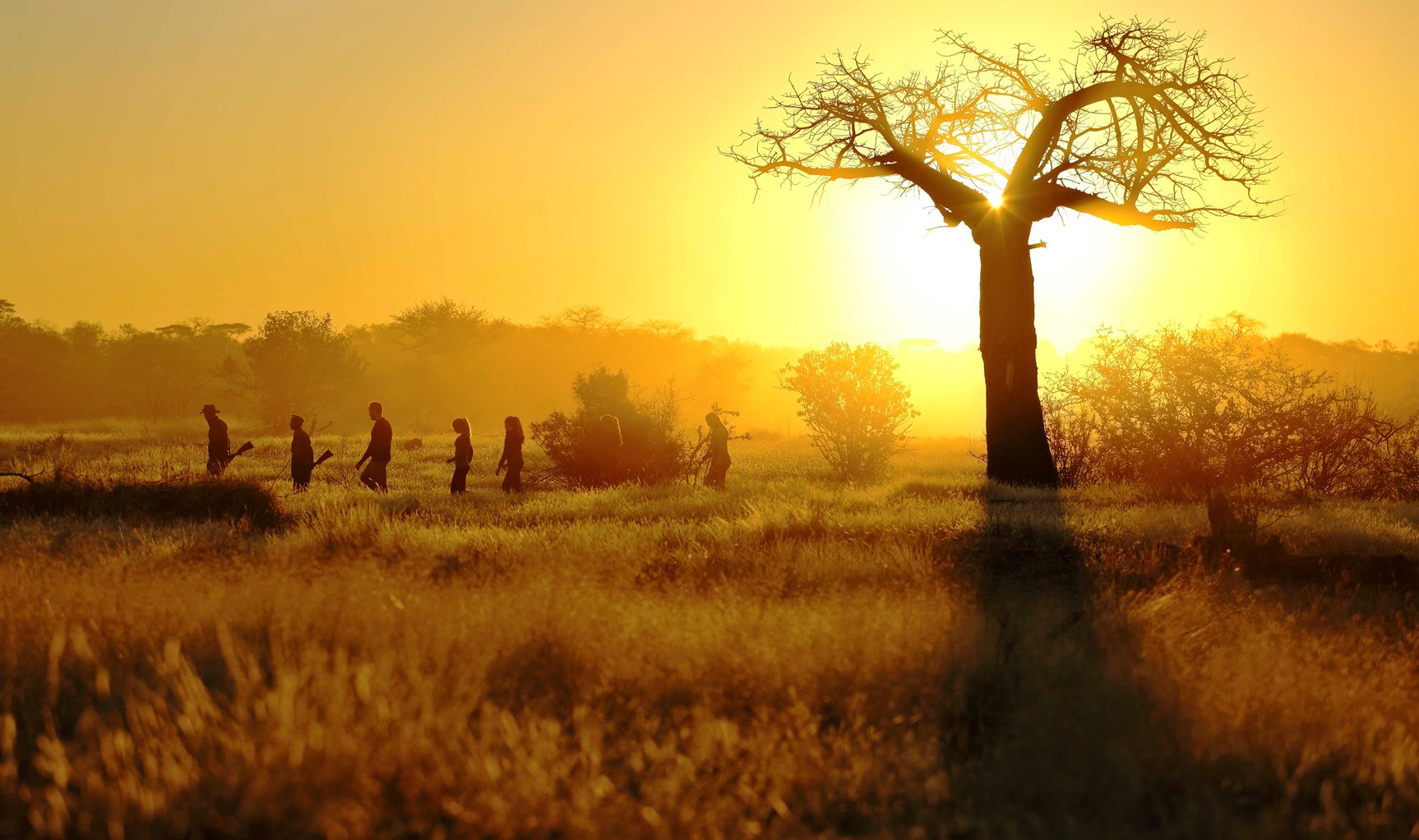 So how and where can you go on a low-carbon holiday in 2022?

Here are some of my favourite places and methods of taking a low-carbon safari or holiday. I think these provide an excellent inspiration from which to base your own responsible and uniquely tailored safari or holiday of a lifetime…

Take a mobile walking safari in pristine wildlife areas for four to five days. Alternatively spend just a few hours walking each day, returning to a fixed camp or lodge to unwind and take part in other activities. The finest walking safaris can be undertaken in Zambia (which is truly the home of the walking safari), South Africa, Tanzania, Namibia (which is more about the scenery and less about the wildlife), Zimbabwe and Botswana. 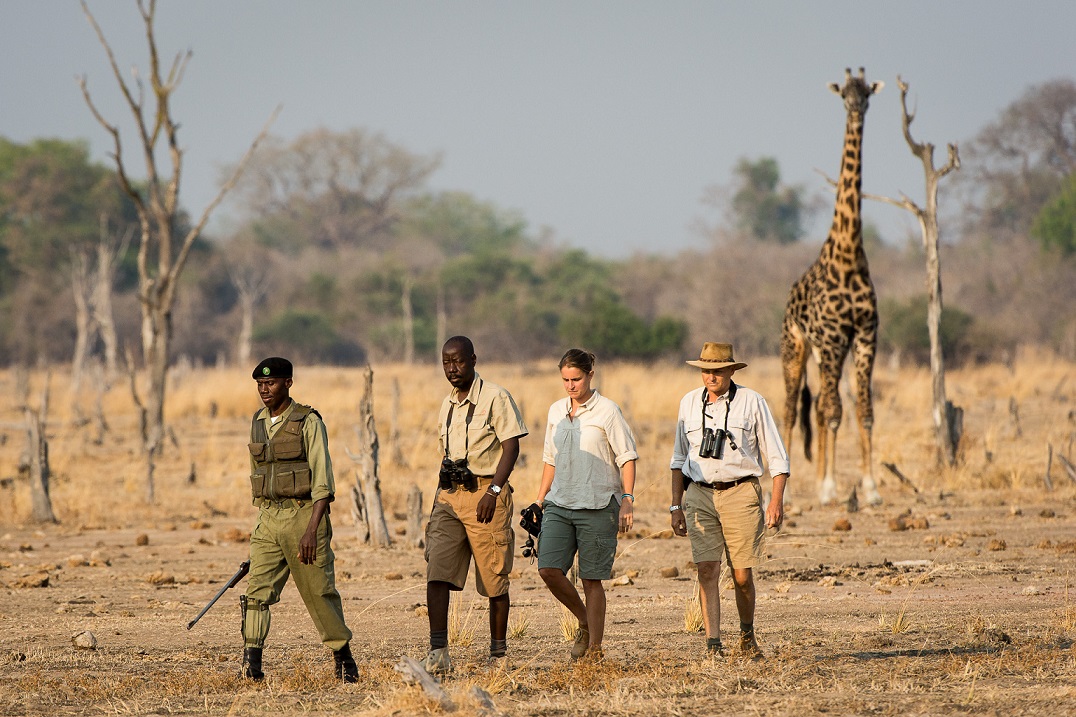 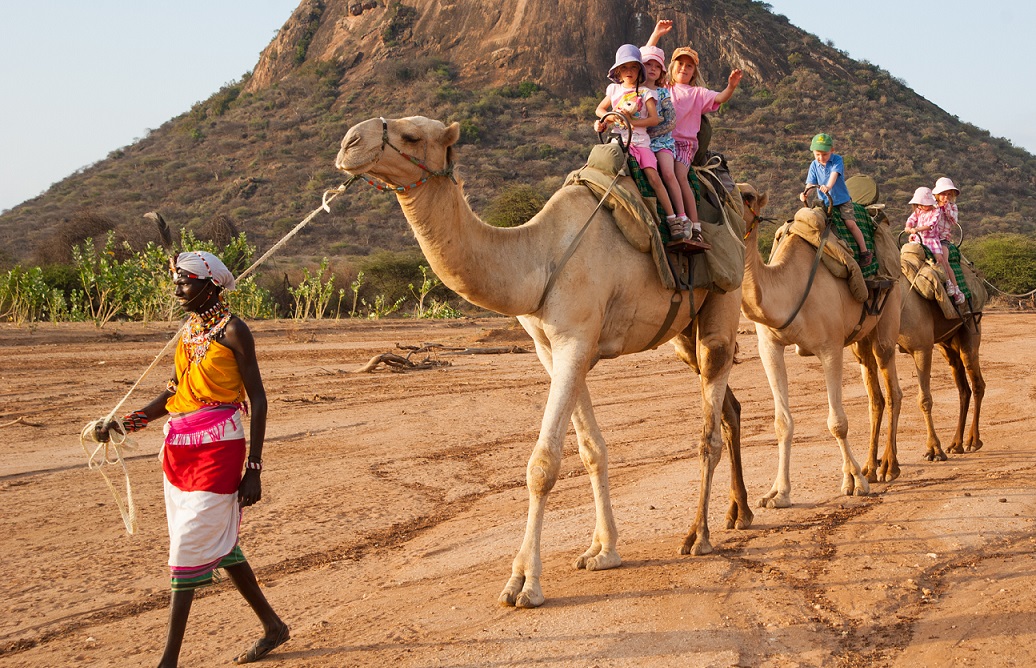 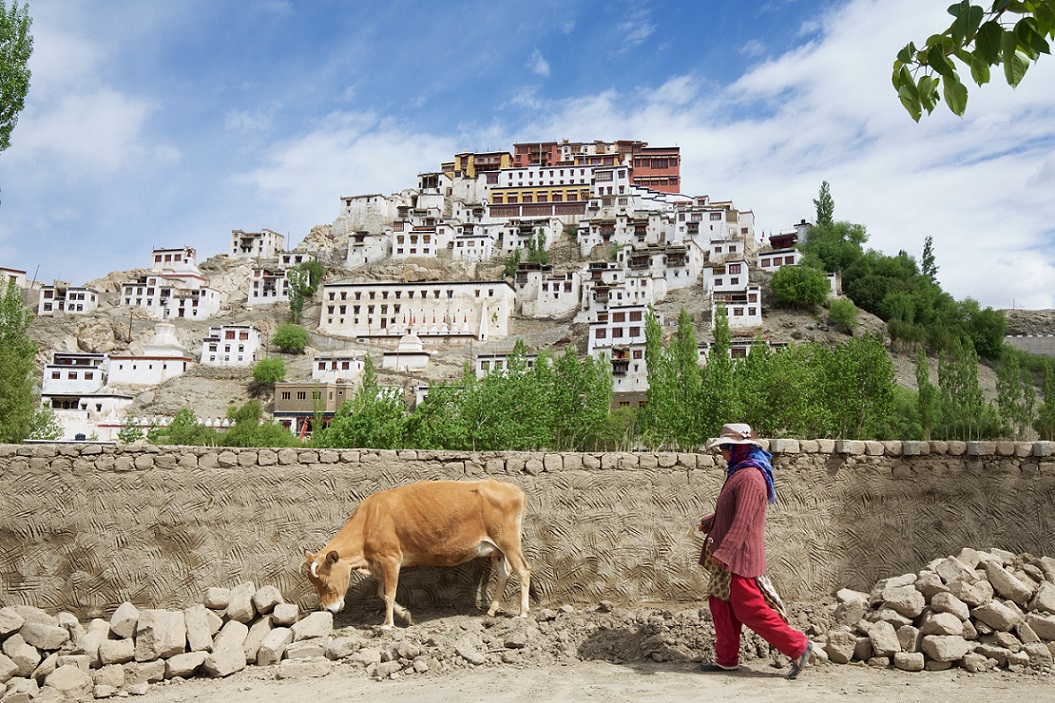 Walking is not the only option for sustainable low-carbon holidays. My own preferred method of taking a safari is riding on horseback. One can get so close to wildlife and of course, horses can reach many off-grid locations that 4x4s cannot.

Cycling holidays are so exciting. This is a fabulous for those seeking and active adventure, and staying fit whilst being amongst wildlife. 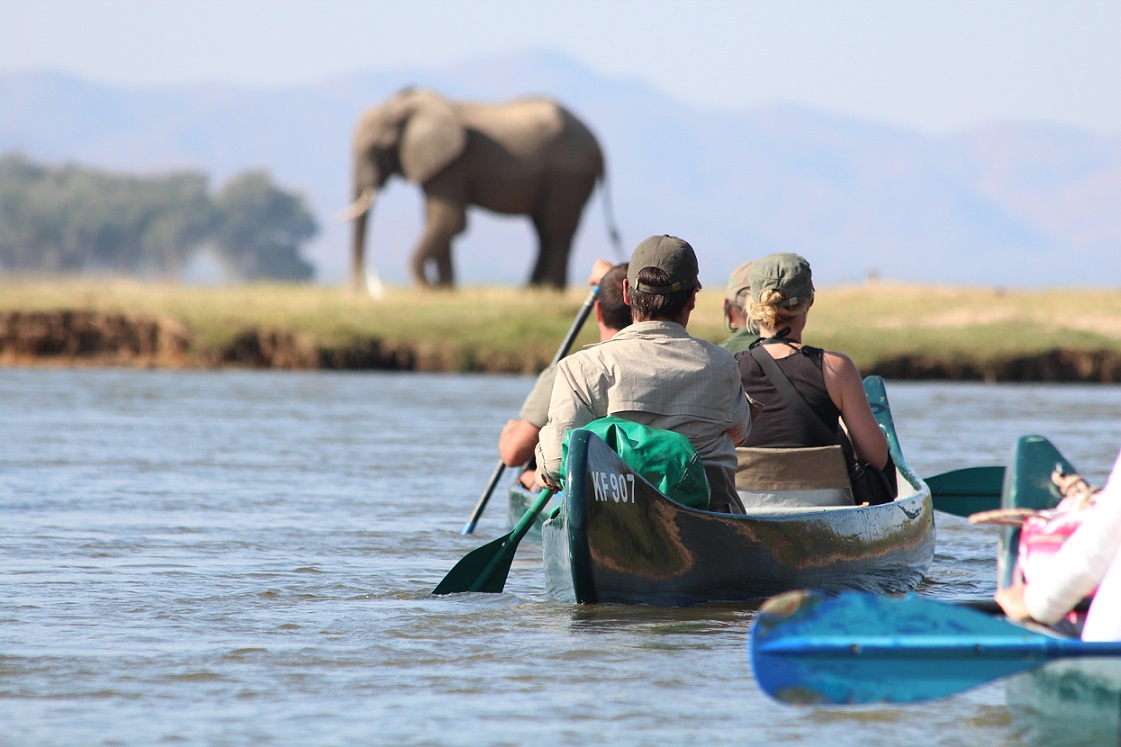 Glide along the waterways in a canoe safari

The best canoeing safaris take place in Zimbabwe, in the Mana Pools region. It is fabulous to be paddling on Canadian kleppers down the Zambezi River, kilometres wide at certain points, with elephant and buffalo grazing along the water’s edge. Tents are erected on various islands along your route, and you intersperse the paddling with walking to explore the surrounding wildlife regions.

If you are interested in a low-carbon safari or holiday to Africa or Asia, please do feel free to get in touch for more information. The Explorations Company’s charitable arm Philanthropy Plus also supports various charities that run climate and environmental initiatives if you would like to make a difference. Or, if you would just like to dream for now, you can do so at our Video Library.

Images and videos used by kind courtesy of: