This African University Is Reclaiming Conservation for Africans 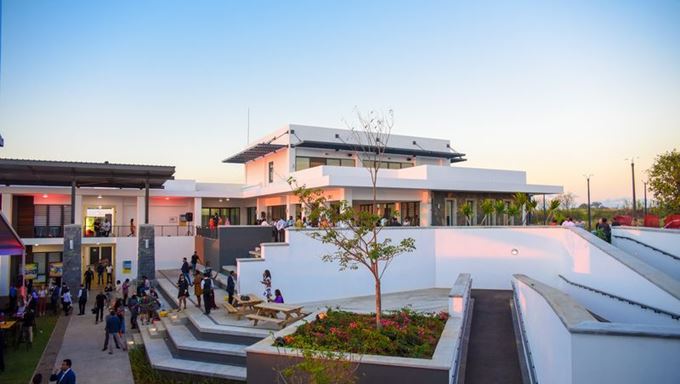 Fred Swaniker, a former McKinsey & Co. consultant and Stanford business grad, isn’t your conventional eco-warrior. But he’s radically reshaping the strategy to preserve Africa’s wild expanses through his African Leadership University, where the curriculum’s key tenets include environmental investment and conservation as business.

His rapidly growing for-profit schools have 2,000 students at campuses in Rwanda and Mauritius and co-working spaces in Johannesburg and Nairobi, Kenya. After raising $30 million in a Series B round led by Danish retail billionaire Anders Holch Povlsen, Ghana-born Swaniker will open a flagship in Rwanda’s capital, Kigali, in September that will bring the student body to 5,000. Two new micro campuses, called ALX, also will open next year in Lagos, Nigeria, and Casablanca, Morocco.

Instead of the usual setup, in which a professor lectures a room of desk-bound young minds, classes can include student-led workshops and visiting master classes and online modules taught by Oxford and MIT professors. Students at ALU choose entrepreneurial “missions,” rather than majors. Annual tuition ranges from $8,000 in Kigali to $15,000 in Mauritius.

Students can enter an income-based repayment program, in which they pay 10% of their post-graduation salary for five years. At the end of the period, the loans are forgiven. A master’s in conservation takes 20 months to complete; a four-year undergraduate degree includes 16 months for internships.

Conservation, Swaniker says, is hindered as much by leadership as it is by fundraising. Most of the stakeholders in this field come from outside Africa; if locals get a seat at the table, his theory goes, their economic self-interest will yield jobs and gains for the environment. “Very little benefit from tourism and wildlife goes to African communities,” he says. “We’re trying not just to help Africans get leadership jobs in these existing enterprises but to become entrepreneurs in their own right.”

By 2030, Africa will have a workforce larger than China’s or India’s. Swaniker sees that as a deadline by which 1 billion young people must be educated and employed. “This is happening on a continent where primary school isn’t a guarantee—never mind a college degree,” he says. How that problem is resolved, he adds, could be “a powerful agent of change or a total disaster.”

“Africa isn’t looking for aid, it’s looking for empowerment,” says Nicola Shepherd, who owns the philanthropic travel outfit The Explorations Co. In this regard, she says, “Swaniker is in a league of his own.”

Perhaps the most revolutionary part of his plan is how scalable the universities are. With each new ALX campus, the necessary outlay and operational costs decrease; a site can be up and running with as little as 60 days’ notice and $100,000 in capital. “We have to embrace conservation as a pillar of growth,” Swaniker says, “not a casualty of it.”

More Big Ideas in Conservation—and How to Get Involved

ALU may be unique in its ambition, scale, and disruptive model. But it’s hardly operating in a vacuum. Here are three more ideas that are changing the face of African conservation in 2020, including some that travelers can support on their bucket list trips to the continent.

If you’ve ever been on safari, you’ll likely have noticed that local women are rarely spotted in the field. They can be hired to cook, clean, and help work the front-of-house—yes—but guides and trackers are almost exclusively men, no matter where in Africa. In South Africa’s Eastern Cape, the SA College for Tourism trains unemployed Africans—particularly women—from rural backgrounds to work in those very roles. In the coming year, the school is also launching wellness and culinary tracks for those who prefer to aim for jobs in spas and restaurants. Want to support its trailblazing alumnae? Roar Africa plans trips that focus on safari lodges with experienced female guides—and even visits the college on its Women’s Empowerment Retreat itineraries.

Zimbabwean Beks Ndlovu, founder of African Bush Camps, has been pushing for African leadership in conservation since creating his safari outfit in 2006. “When I got started as a guide more than 25 years ago, I had no idea that a whole industry existed beyond the fences,” he said during a keynote address at the African Resilience Summit in Johannesburg this past July, referring to his upbringing outside Hwange National Park. “Now I am driven by how many people I can take forward with me.”

By next year, with the opening of Migrations Expeditions Camp in Botswana, Ndlovu will be running 16 properties—fully staffed by locals—even in managerial roles. Simultaneously, his ABC Foundation, which Shepherd calls “groundbreaking,” funnels roughly half a million dollars toward educational initiatives in communities bordering national parks each year. Among them: an internship program that provides pathways for full-time employment in hospitality.

The Rhino Impact Bond is slated to debut in the first quarter of 2020—the first financial instrument of its kind. Run by the London Zoological Society and Conservation Capital, with backing by European institutions Credit Suisse and UBS, the $50 million fund supports species management through gender-inclusive livelihood development, employment, and community resilience programming in Kenya and South Africa, says project manager Helena Newell.