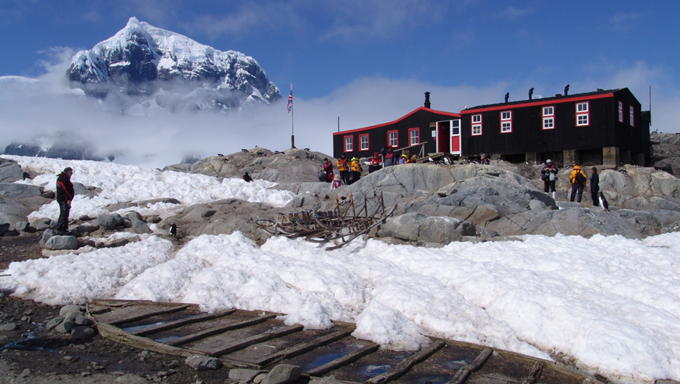 Send the ultimate postcard from the old British Antarctic Survey base at Port Lockroy, now a museum and a post office nestled amongst a colony of gentoo penguins.

Probably the most unusual stamp your friends or family are likely to ever receive. Expect to be back home before your mail is though as the post goes via the Falklands whenever the next ship passes! Port Lockroy was a former British Antarctic research base until the 1960s and was then refurbished in the late nineties. It now operates as a fascinating museum and post office by the UK Antarctic Heritage Trust. The staff there also gathers data on the impact of human activity on the resident colony of nesting gentoo penguins in order to understand better this pristine environment. It is noted that this long-term project has not detected any adverse effects from the presence of tourist visitors on the island.