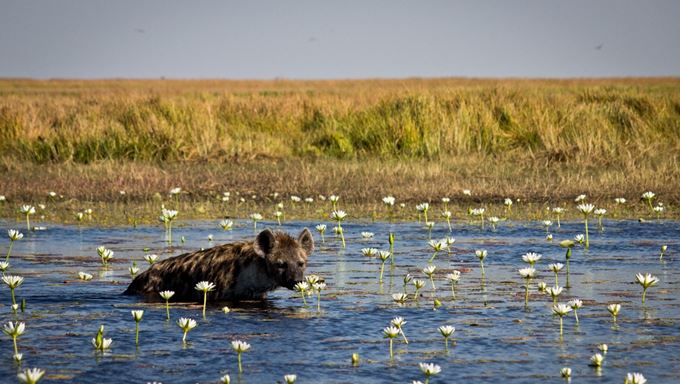 When one talks about sustainable travel achieving a low impact on a national park or area of natural importance, one park that defines this is the Liuwa Plains in the far western side of Zambia. Roughly the size of Wales, the park has only one tourism lodge (Time + Tide King Lewanika) within it which caters for a maximum of 12 guests in an area spanning 360sq.kilometres.

Time + Tide King Lewanika Lodge sits within the Liuwa Plains National Park and has been built with an emphasis on having a low impact on the surrounding environment as well as a reduced carbon footprint.  The whole lodge has been sensitively built so that it can be entirely deconstructed leaving a virtually zero footprint.

On entering the lodge, one is greeted by this breath taking, expansive view. The whole area is light and airy, with enormous thatched rooves and open sides, allowing views in at every angle.

There is a hammock, several sitting areas with sofas and chairs where one can find a private space.

The villas are enormous! Each boasts a wooden verandah where one can sit and look out across the plains, as well as an indoor bathroom and an outdoor shower and deck. They have several semi aquatic landcruisers for negotiating the pans which are filled with water during the wet season, from November through to April.

On our second day, when I was here recently in May, we went out for a walk. We found fresh lion tracks which we followed, which in turn led to drag marks of a large antelope for over 1 km!

The lioness had cubs and we followed them as far as we safely could into the thicket. Other days we saw lion as well as large herds of buffalo, zebra, oribi and steenbok. There are no elephant in this park.

African Parks have taken over management and are working hand in hand with the Zambian National Parks Department. They are also working with conservation organisations such as the Zambia Carnivore project and governments to support the Plains.

The goal is to reverse any negative impacts made on the park in the past, with an emphasis to restoring the wildlife back to its former glory. It is fabulous to see that their efforts are having a positive effect and the park’s wildlife is growing exponentially.

The long-term positive change that has already been achieved within the past few years is wonderful. On my recent visit to Zambia, I was enthused by the great herds of wildebeest, and cheetah numbers rising, whilst the recent reintroduction of a new male lion (from Kafue) will hopefully bring more genetic variation into the pride. The two younger sister females are in their prime and looked in exceptionally good condition.

African Parks is applying effective management plans so that local communities can benefit, as well as the wildlife itself. It is important to balance the environmental measures, future sustainability of the plains and the well-being of the local communities within and surrounding Liuwa.

To date the conservation strategies and management plans are minimising any negatives and are making plenty of positive changes.

The increasing numbers of wildlife are adding value and this all works together to maintain the cultural honour of the local people through increased tourism and rejuvenation of the landscape. Sustainable tourism in action to which, by simply visiting the Plains, you make a direct contribution!

The increased flights to nearby Kalabo bring further benefits to the town and increased wildlife in the park benefits tourism. This in turn creates employment for local people in the park, be it focused on anti-poaching, working in camps and even sales of local crafts, just as they have in Kalabo right now.

There are two villages one can also visit. This is fascinating as it is home to the Losi people who have traditionally been subsistence fishermen.

You can visit the village in a sensitive manner, where the curiosity exists on both parts, and they, as much as you, can learn via your translator, about the comparisons of life in the western world with their simple lives.

Learn about their traditions and folklore and share your own backgrounds with them.

Visitors have plenty to see here - Liuwa is simply wonderful! With 330 recorded bird species and 23,000 wildebeest annually migrating through it, this park is for purists who are looking for the unusual and for space almost beyond comprehension.

Liuwa fulfils a desire to see a pristine Africa devoid of tourists but replete with wildlife.  One can drive for hours and not see another person or vehicle, just wildlife dotted across the plains.

But in addition, it is travel in an intelligent and sustainable manner, whereby one is supporting African Parks, which is probably the finest (and certainly most progressive) NGO charity existing in Africa, who are proclaiming many defunct parks and restoring them to their former grandeur whilst uplifting the communities surrounding them.

When the annual flooding arrives, you can sit on the verandah with your feet in the water amongst thousands upon thousands of water and vlei lillies, amassed in yellows and pinks before you.

This is a birder’s paradise too – resident crowned and endangered wattled cranes strut across the plains.

My favourite bird was the pelican doing their flotilla fishing dance across the dambos. Kitlitt’s plover, Fulleborn’s longclaw and thousands of red winged pratincoles can be seen on the plains, a birders idea of heaven.

The apex predator by far is the hyena and packs are particularly large here. Each evening on Kate’s October visit, she sat at a hyena den waiting for the families to emerge.

Slowly the adults came out, stretched and then flopped down. Then little black cub heads popped out and started venturing to her vehicle. One little cub started chewing on the tyre flaps before going off to find something more tasty!

Scenically Liuwa is stunning – there are feathery sways of thatching grasses which change colour from blonde to caramel and are home all year round to a variety of wildlife and birds.

The pans are  trimmed with a plethora of colours, green marshes and floating grass, yellow tops and some purple tops too (shrubs). Brilliant white game trails stand out against the plains and veld, leading through the grasslands, past black conical termite mounds to the grey and blue dambos.

This is definitely a park to visit before it is discovered by the masses.

Get in touch with us today to learn more about Zambia vacations and holidays!

All images courtesy of Time + Tide

Lion and hyena family image courtesy of Time + Tide and copywrite to Will Burrard-Lucas.

Headline image of hyena with lilies and image of local fishermen on boat courtesy of Time + Tide and copywrite to Noeline Tredoux. 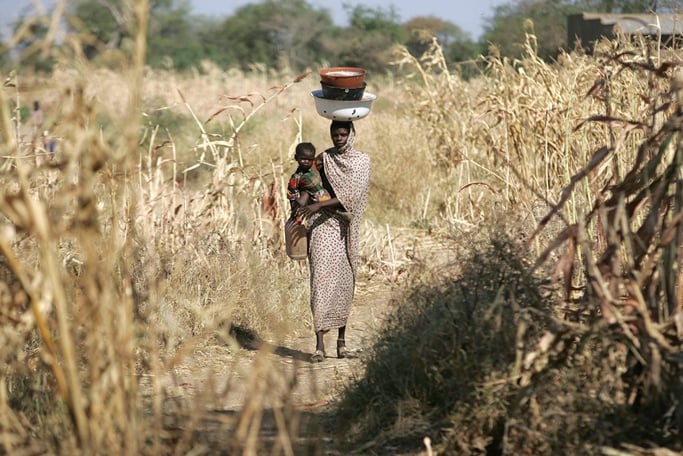 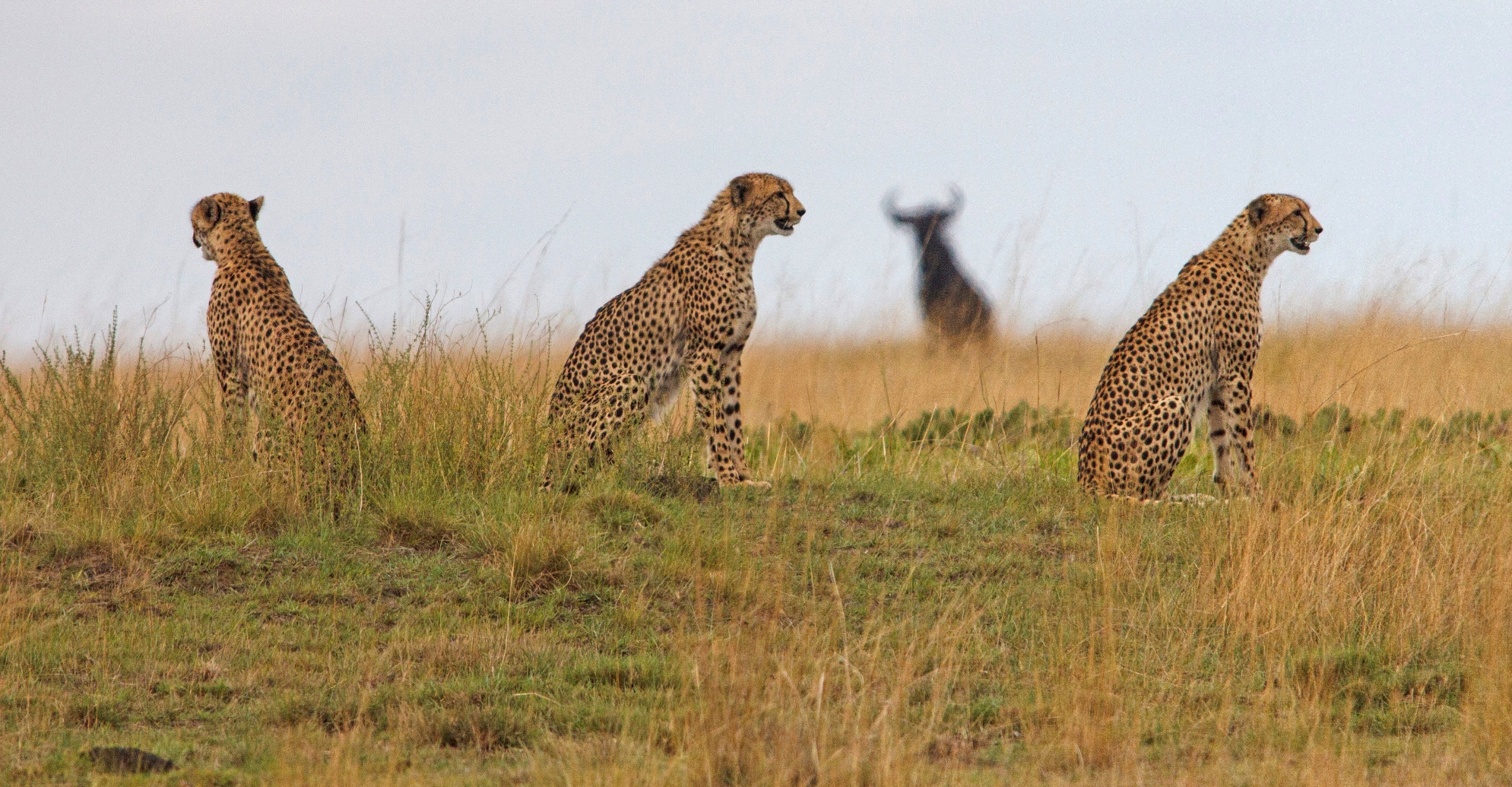 The ultimate, get away from it all, chic, luxury safari, perfect for somebody searching for a pristine, untouched Africa with five star luxury accommodation. Start your safari adventure exploring a completely beautiful and pristine wildlife area –the magnificent Liuwa Plains National Park, run by the fabulous NGO African Parks who are saving the last bastions of wilderness in Africa, restoring them to their former glory.