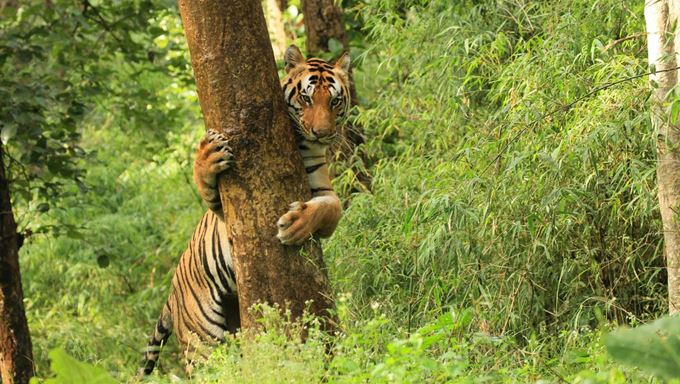 India is making great strides in conservation. The subcontinent is home to the largest population of wild tigers, whose worldwide numbers dipped to just over 1,400 in 2006. But with new reserves and better education, those numbers are expected to top 3,000 when the next Bengal census is released later this month.

For travelers, that means sightings have gone from being unreliable to almost guaranteed — particularly in Madhya Pradesh, an 80-minute flight from Mumbai. Not only does the state have more protected parks than neighboring Rajasthan, but it’s also less crowded. And new mobile camp experiences promise to take guests deep into the wild: Kaafila Camps sets up plush outposts in underexplored swaths such as Kuno-Palpur in the northwest and Kalinjar in the northeast, so you can track real-life Shere Khans in areas that look untouched by human hands.

When to go: If you have to pick a single month, make it February, when both wildlife sightings and cultural events abound. (Otherwise, any time between November and March will do.)

When not to go: It starts getting warm in mid-April, and the national parks are closed during monsoon season, from June to October.

Whom to call:  Chinmay Vasavada of the Explorations Company