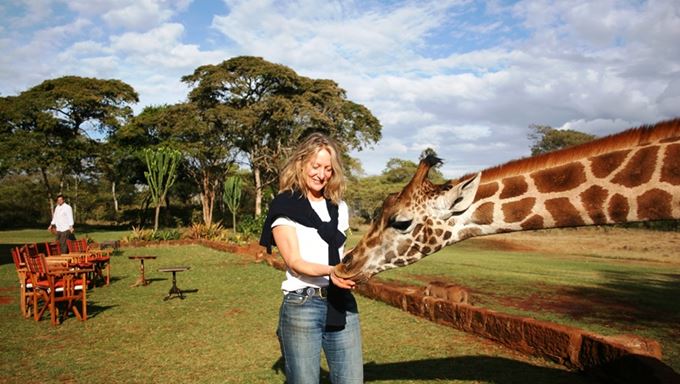 The trailblazers—from architecture to politics—who are challenging the status quo. If you’re anything like us, thoughts of the deteriorating environment have permeated your consciousness. Reading recent studies on the alarming effects of plastic pollution and the distressing news about climate change, we can’t help but want to do something, even if just in a small way.

Here, we spotlight one of five people whose professional ventures are focused on finding solutions to pressing environmental issues. These eco warriors are pioneering new paths that we hope will influence and inspire other entrepreneurs, government officials and concerned citizens of the world alike and even pave the way for holistic change. From a French politician who is championing laws to reduce fashion’s carbon footprint to an architecture firm that is building the world’s first energy-positive hotel, these industry leaders are dedicated to finding new ways to lessen our environmental impact.

Nicola Shepherd is an unusual sight in a boardroom. Dressed in white jeans and a green suede jacket, with colorful African beaded jewellery around her wrists and neck and a thick pair of boots climbing halfway up her calves, she looks more world traveler than Wall Street exec. And truth be told, she is: The founder of the Explorations Company, a UK-based travel outfitter that specializes in exclusive safaris and other once-in-a-lifetime trips throughout Africa, Asia and parts of Latin America, is more comfortable taking clients on unforgettable journeys—from the villages of Annapurna in Nepal to the wildlife sanctuaries of little-known Ngamba Island—than she is talking investments with suits. But here in New York, Shepherd has come to conduct serious business.

“Of course it’s daunting, sitting in this austere, spartan environment on the 54th floor of some skyscraper,” Shepherd says with a laugh. “These people have never been to these places I am talking about, so not only do I have to ignite and capture their imagination, but I have to educate them, too, which is quite a formidable task.”

What Shepherd is selling to the clients of some of New York’s biggest wealth advisers isn’t a mere holiday—it’s an investment in the future. As the next generation of wealth comes of age, the business of philanthropy is changing: Young heirs are less engaged in the family foundation and often inspired to chart a charitable course all their own—but where to begin? With so many organizations and worthy causes, how does one make the most meaningful impact? The Explorations Company - a for-profit business that promotes experiential philanthropy (that is, the combination of charitable acts with monetary donations)—works with these clients to determine where their altruistic efforts can have the biggest bang for the buck.

Shepherd’s guidebook of more than 50 handpicked charities around the world ranges from the Giraffe Conservation Foundation  of Namibia and the Mara Elephant Project in Kenya to organizations devoted to a variety of causes: female empowerment in Madagascar and Malawi, education in Tanzania and India, land and ocean conservation in Kenya and South Africa, improving healthcare in Zambia, and saving rhinos, pangolins, gorillas, chimpanzees and other endangered species worldwide. Name an interest, and Shepherd—who grew up in Africa and India and spends more than three months of every year traveling in those regions—has done the due diligence on the top organizations making progress in it.

After individual consultations with her clients, who are often referred by the major investment banks with which she has partnered, Shepherd makes tailored suggestions for project donations and even partnerships. “It’s a case of talking to the family and finding out exactly where their interests lie and what resonates with them from a philanthropic perspective,” she explains. But connecting would-be donors to these well-vetted organizations is far more than transactional; it’s emotional, too. Her clients travel to actually see their dollars in action—and, in many cases, lend hands-on help to make their vision a reality, whether it’s building a school in Malawi or a lifesaving sand dam in Kenya.

Shepherd has helped clients donate millions to elephant conservation; she’s arranged rhino relocation expeditions in Kenya and microchipping in South Africa, which assists with poaching prevention and the ultimate preservation of the rhino species; and she’s aided clients in bringing light—via solar power—to remote villages for the first time. With every philanthropic endeavor, she says, the results are eye-opening. “I think there’s a sea change happening,” says Shepherd. “It’s a very slow wave of people wrapping their heads around just how much change they can actually create. And when you see that potential, and you see the difference you can make, you’re changed forever.” JACKIE CARADONIO