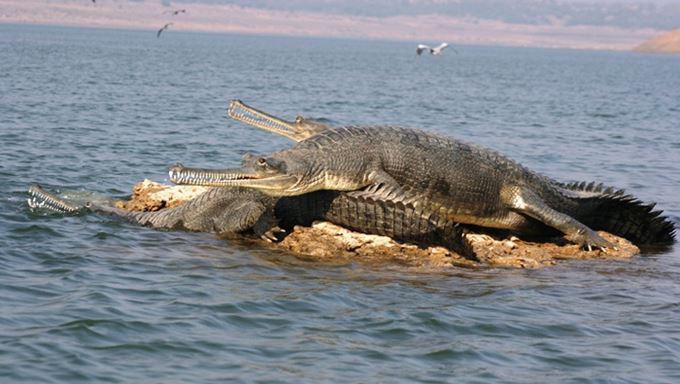 A mere hour's drive from the Taj Mahal, in the heart of the Chambal Valley, lies an oasis of tranquillity nestling in sprawling acres of reclaimed woodland. Mela Kothi – The Chambal Safari Lodge. A warm and welcoming haven for the eager explorer and weary traveller alike. Come prepared - this land will mesmerize you.

Ancient Indian texts refer to the Chambal as the Charmanyavati - originating from the blood of thousands of cows sacrificed by the Aryan King Rantideva. Its ‘unholy’ origins have certainly helped the Chambal survive, and thrive, untouched and unpolluted, and it remains one of India’s most pristine rivers.

Jarar has been the main seat of the family since 1472. Rai Saheb Ch. Suraj Pal Singh, the Zamindaar of Jarar, built the Mela Kothi in the late 1890s. Nestling amidst acres of woodland and pasture, the Mela Kothi was ideally located to serve as a camp office for the family’s bi-annual cattle fair (Mela).

The fair was a source of great pride and prestige for the family, with traders coming from as far afield as Maharashtra and Orissa. However, by the 1990s, the numbers dwindled, and the Kothi and its grounds fell into disrepair.

With a rich heritage stretching back many millennia the Chambal Valley has much to offer and the Chambal Safari helps visitors discover the many facets of this ancient land. Accompanied by experienced local guides and naturalists, guests may explore the Chambal Valley at their own pace: on boats, jeeps, camels or on foot.

Set against a stunning backdrop, framed by the ravines and sandbanks, the calm waters of the Chambal River are best explored on boats. The gentle pace of the River Safari is designed to provide spectacular sightings of the gharials, muggers & turtles basking in the sun; the many migratory and resident birds flying sorties; the occasional glimpses of the Gangetic river dolphins breaking surface.

The Chambal Ravines hide many a secret within their folds, and camels are the ideal means for seeking them out. Be transported back in time as these haughty beasts carry you along long forgotten trails and pathways leading to the citadel of Ater.

Once a valued stronghold and at the forefront of numerous battles between the Rajput, Maratha and British armies, the magnificent ruins of Ater bring alive the romantic glory of a bygone age. The Archaeological Survey of India (ASI) has embarked on an ambitious project to restore the Fort. Visitors can see the work in progress, as they wander unhindered through the many fine pavilions and courtyards. The Ramparts afford some breath-taking views of the Chambal valley.

The Sarus Crane Conservation Reserve starts around 30 km from the Chambal Safari Lodge, extending to about 100 km. It is a widespread wetland area, interspersed by cultivated fields, where large numbers of the Sarus Cranes breed. Although not a protected area, since 1999 the Supreme Court of India, recognising its importance as a habitat has designated the area a reserve with restrictions on development. Several species of wetland birds and raptors are also found along the course of this safari.

The Blackbuck jeep safari heads southwest towards the countryside between the Chambal and Yamuna ravines, for excellent sightings of Blackbuck deer and numerous dry land birds including the Indian Courser. It is also a fascinating journey through remote hamlets and habitations; a world that is strangely as connected as it appears removed from modern India.