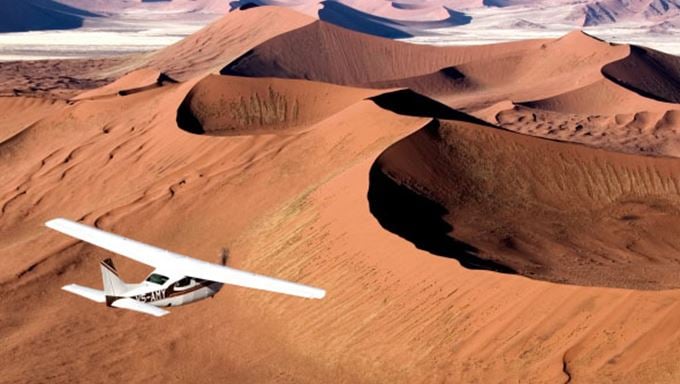 As you fly over the Skeleton Coast, privileged visitors experience not only the magnificent dunes, beaches and salt stretches but when you land and explore by vehicle, you can meet and learn about the OvaHimba tribe. It’s one of the finest experiences in Namibia and the best way to do this is to take a private Skeleton Coast safari, flying with incredibly competent and knowledgeable pilot guides.

John Henry Marsh first used the name Skeleton Coast when recording the Dunedin Star shipwreck and the name has since become synonymous and is even used on maps and is also the official name given to the reserve. 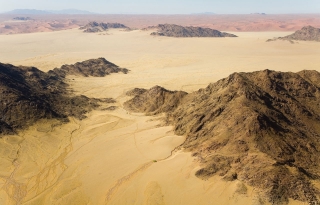 Stretching from the south of Namibia up into Angola, the Skeleton Coast and its hinterland is a landscape of haunting beauty. It’s a vast area of rolling sand dunes, expanses of uninhabited desert plains, fossil beds, unique geological formations, desert-adapted animals and strange vegetation. 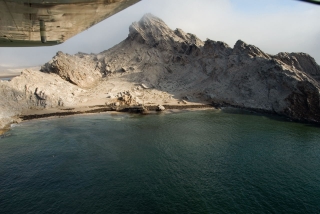 Local Namibian Bushmen call it ‘The land that the creator made in Anger’ – it is a difficult and challenging environment indeed.

During the course of a Skeleton Coast safari, one experiences a fascinating bird's-eye view of numerous shipwreck remains along the coast, diverse and ever-changing geological formations and the refuges of desert-dwelling animals such as the endangered black rhino and desert-adapted elephant.

One can also be taken on excursions by Land Rover and be introduced to the scenic and ecological aspects of the environment with its wide diversity of flora and fauna and to see Bushmen rock art or engravings.

It is a breathtaking and extraordinary experience and quite unique. In our opinion, no holiday to Namibia is ever complete without incorporating a skeleton coast safari which is for a minimum of three nights and extends to five nights. The longer safari starts off at Walvis Bay and takes you into the Namib Desert.

Flying over some of the beaches almost at sea level is exhilarating particularly if it includes flying below the fog banks that often roll in. You get awe inspiring views of the beach below and also of the cliffs and high dunes. 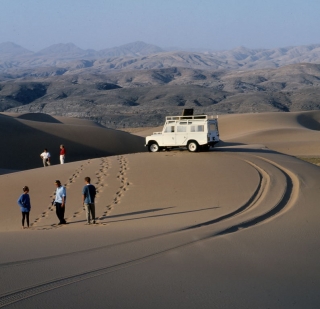 The dense fog is formed from the cold Benguela current and is much needed as the annual rainfall is no more than 10 millimetres. The water from the fog is life giving and feeds desert plants which in turn insects feed upon. Here you can often see chameleons, snakes and lizards and there is large wildlife here too – desert lion and brown hyena. In a remote oasis in the sand dunes you may be lucky to see desert rhino and elephant - how they survive here seems a miracle.

Accommodation on the safari consists of three fully equipped, comfortable yet down to earth, tented desert camps that blend into the natural environment.

The first of these is in Damaraland, the second in Kaokoland and the third on the north-western Namibian border overlooking the Kunene River and Angola. The areas could not be more different and the entire region is brought to life by your expert guides who unravel the mysteries and harsh beauty of this breathtaking region, completely devoid of tourists.

Contact us for first hand experience of a skeleton coast safari.

For other experiences on offer in Namibia, visit Namibia - the best value luxury safari holiday in Africa for 2016.