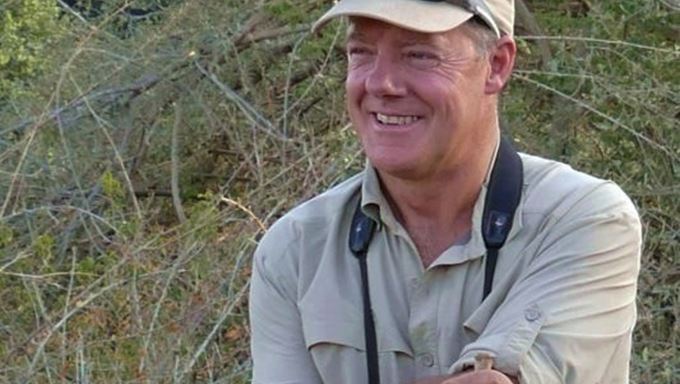 I have known Graeme since the early 90’s when I worked in safari camps in Botswana and Graeme used to bring some of his clients to our safari camp.  With an infinite knowledge of Africa’s wildlife, a cheeky sense of humour and a professional Zimbabwe guiding manner, he is highly sought-after for guiding in specialist areas across Africa.

How can you Explore the most remote areas of Ethiopia with Graeme Lemon?

I was recently lucky enough to travel in Ethiopia with Graeme as my guide, visiting the Omo Valley, the Bale Mountains and the Gheralta region. If you too would like to gain a deeper understanding of Ethiopia, it’s wildlife, people and cultures, (as well as other fascinating areas of Africa) I would highly recommend a fabulous and unusual itinerary which Graeme could lead you on, such as the below: 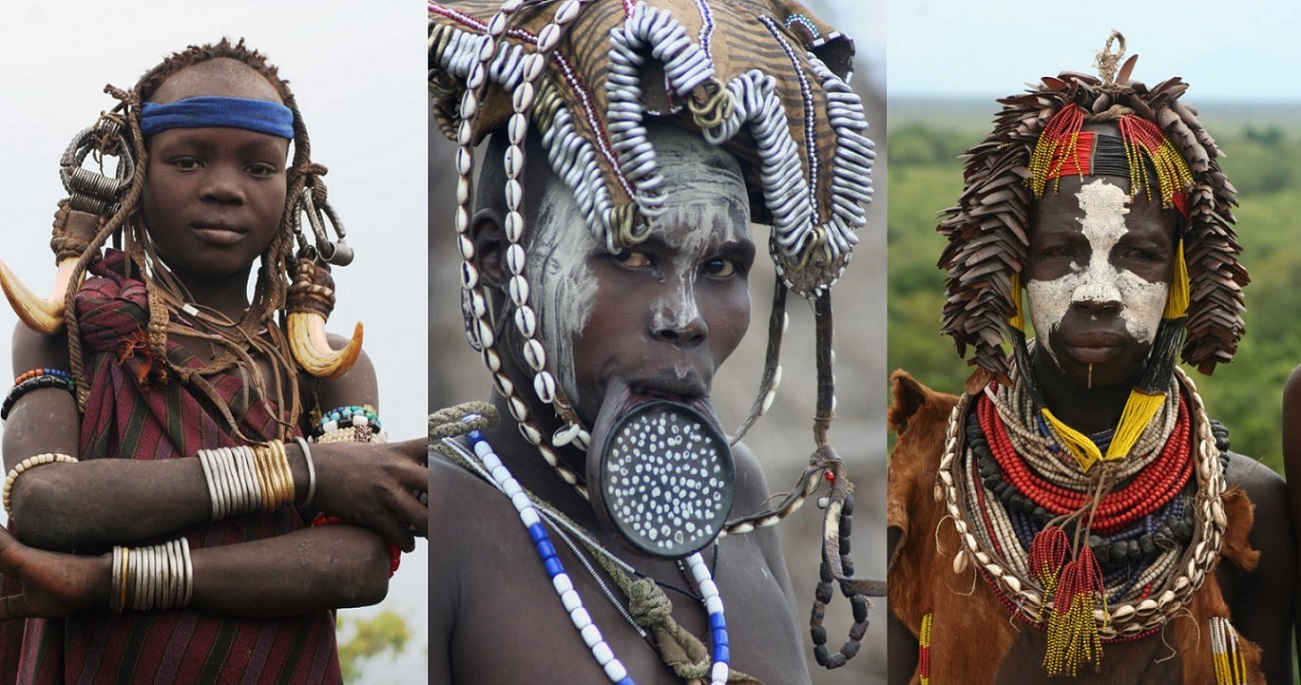 Beginning in Ethiopia, fly to the remote Omo Valley to spend time with remote tribes who have not yet absorbed western ways. My own journey in the Omo Valley was fascinating, immersive and moving, allowing an insight to the day to day lives of tribes who have only recently begun to welcome a select-few travellers to their villages.

Many tribes adorn themselves with spectacular head-dresses, body paints and beading or practice body modifications such as scarification and lip plates. These often are used to signify important life events such as marriage or men becoming warriors or elders. Other modifications or adornations however are simply for decoration according to individual preferences. Wildlife spotting is also possible in this area and we saw Pel’s fishing owls and fabulous bird life. 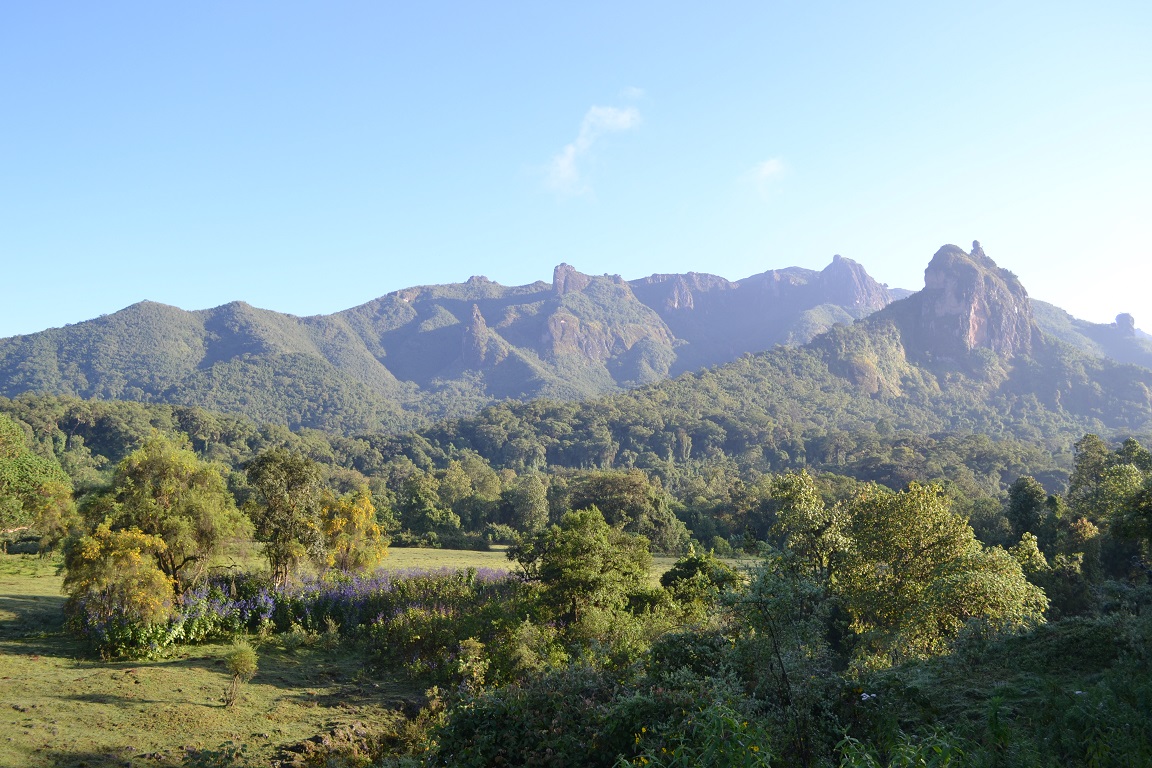 Then fly to Bale Mountains where one can walk with Graeme guiding you through the most extraordinary and  beautiful landscape. The Bale Mountains have fascinating endemic species through four distinct ecoregions including plains, woodlands, montane grasslands and woodlands and montane forests. You can stay here in Graeme’s own Webb Tented Camp, or, if you would prefer something a little less rustic, the wonderful Bale Mountain Lodge is a great place to stay while you’re exploring the region.

Walk in the beautiful Harenna Forest, one of the few remaining natural forests in the entire of the country. You will also visit the Sanetti Plateau which has an elevation of over 4000m and is home to the largest population of endangered Ethiopian wolves in the world. As you are exploring you will see Mount Tullu Dimtu towering at 14,360 ft, the fourth highest mountain in Ethiopia. 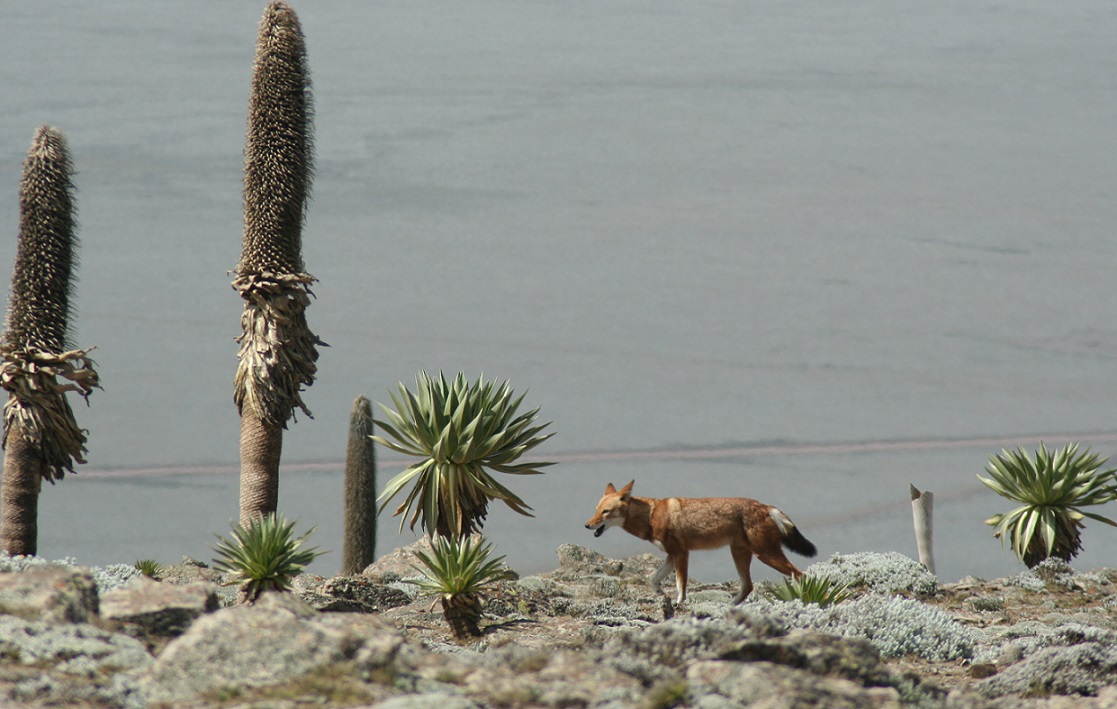 Then on to one of Graeme’s favourite places in Ethiopia, going super-remote and way off the beaten track to Chebera Churchura National Park.  Covering 1,250 km2 the valley has montane woodlands, grasslands dominated by elephant grass, as well as riparian forest.

Many travellers do not expect to see classic safari wildlife in Ethiopia yet here there are elephants, hyena and even lion! Even better, a safari to Chebera Churchura is one of Ethiopia’s best-kept secrets and you are not likely to see anyone else.  This is true escapism from your daily lives, from a rustic mobile camp set up especially for you. 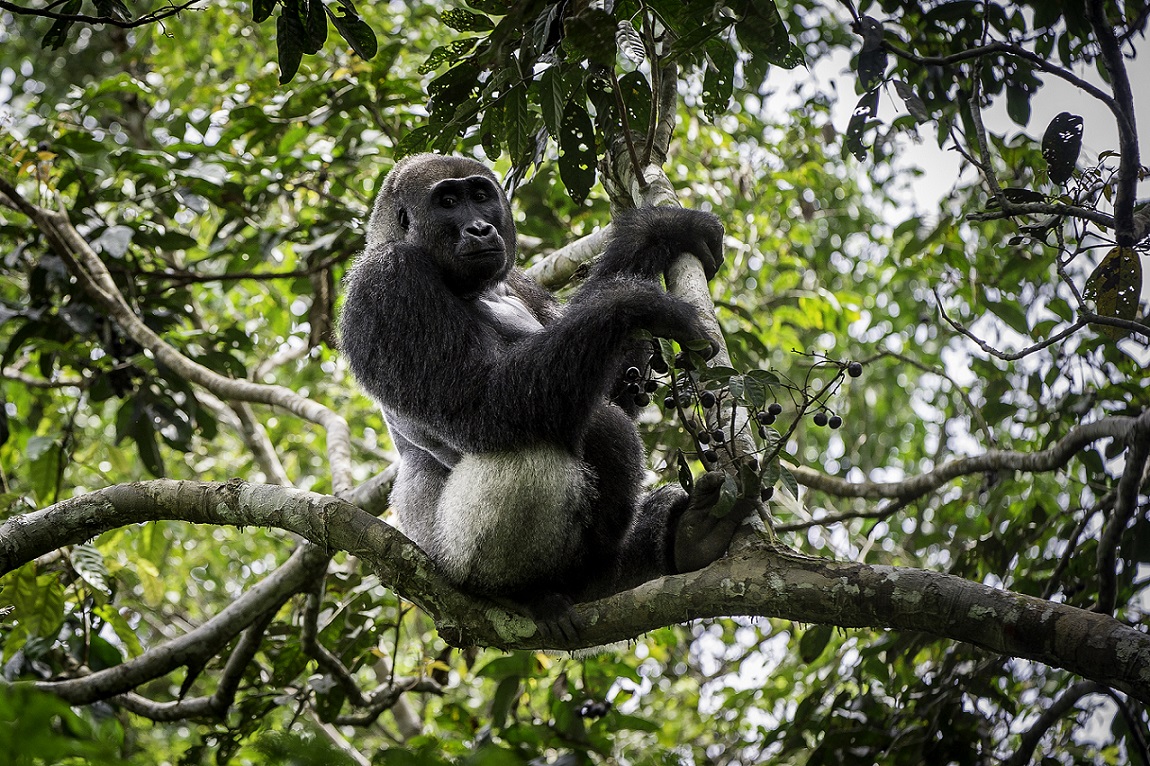 Next fly to Brazzaville in the Republic of Congo and on to Odzala-Kokoua National Park, one of the most incredible places I have ever been to! Spend time tracking the western lowland gorillas before an extraordinary adventure through the bais, spotting red river hogs, sitatunga, and forest buffalo with their fringes ears - and much more besides!

Finally finish with a safari in the remote south of Tanzania’s Ruaha or Selous National Parks. Very few visitors travel here, instead favouring the Serengeti and the Ngorongoro Crater in the north, yet Ruaha is home to 10% of all of Africa’s lions. With far fewer safari camps, one can explore on foot and by vehicle, drinking in those iconic African plains views – with no other tourist in sight! 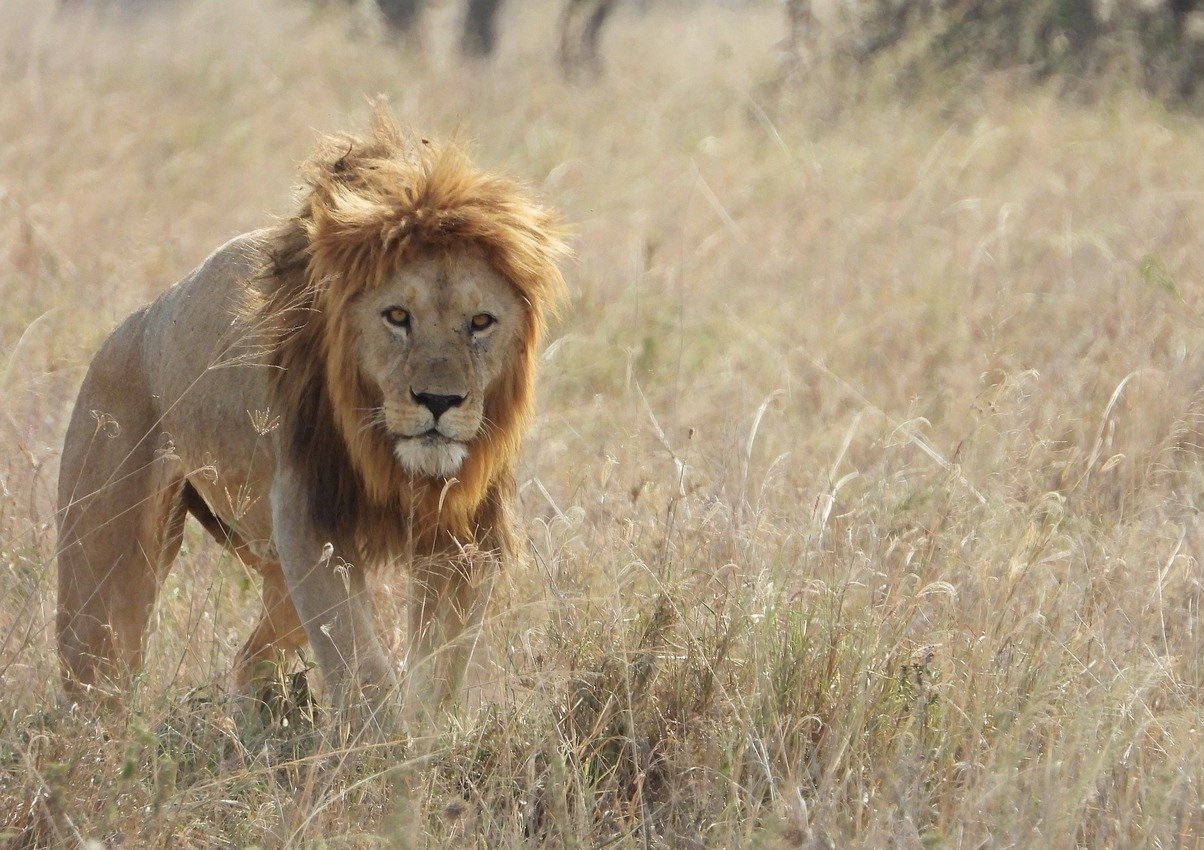 I truly believe that this itinerary gives one the most unique and extraordinary explorations of Africa in regions that are completely off the beaten track. The wildlife to be seen is highly specialised and the areas that you visit are varied in landscape, vegetation and scenery.

Why is Graeme Lemon one of the best private safari guides in Africa?

Graeme has spent all of his life adventuring and exploring in Africa with a personal focus on the wildest, most remote areas of the continent. Below is an overview of Graeme’s background, in his own words:

“I was given my first canoe when I was 6 years old, living on the shores of hippo and crocodile infested Lake Kariba. I think I was always destined to follow a path of adventure!

I became a canoe guide on the Zambezi River in 1987, when the industry in Zimbabwe was in its infancy. The early years there were extremely exciting and I wasn’t the only guide who had his canoe bitten in two as we sought to paddle the wildest sections of the river. Being a product of the renowned Professional Guides licensing system in Zimbabwe, I started doing walking safaris in 1990.

By 1991, I had established a small company offering tented camps and backpacking trails in the Matusadona National Park on the Southern shores of Lake Kariba. The Park offered everything for fantastic walking safaris and we had the big five in abundance then.

Sadly the rhino were victim to a vicious poaching wave that saw them all but wiped out by 1994. I was fortunate enough to spend time with the Park’s department on their de-horning and collaring of rhino program in the park, and with a few scouts and a helicopter in support, we got to know every inch of that park. 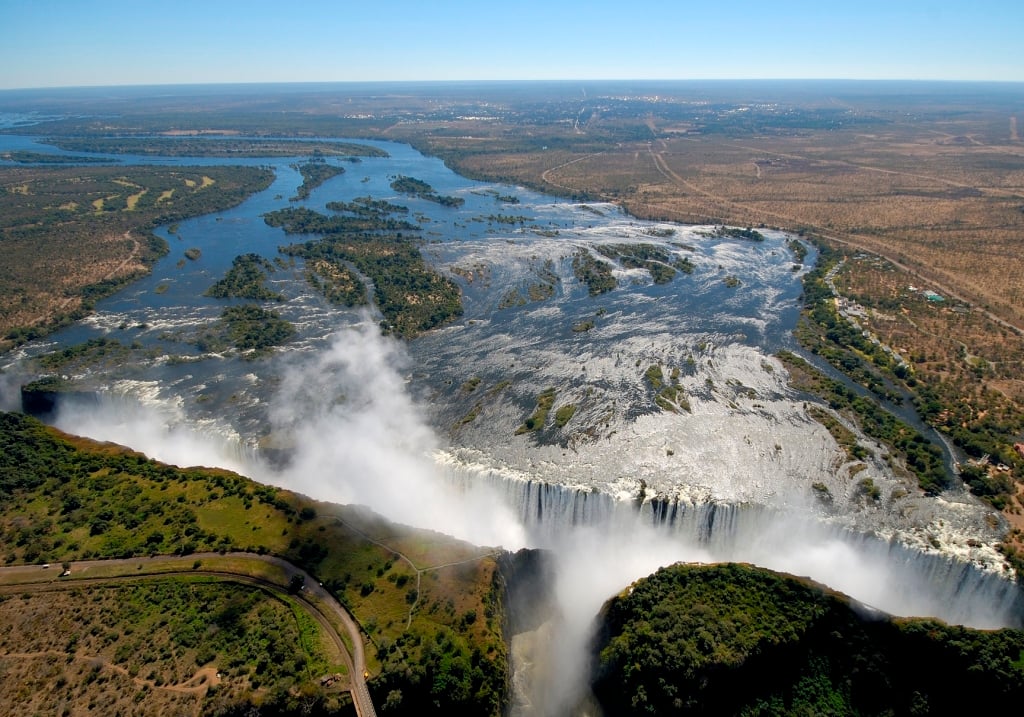 I dabbled with a company doing white water rafting in Victoria Falls for a brief period in the early nineties, but my heart lay in walking safaris and the most remote places to explore, so it wasn’t long before I was back in my recognised stomping ground of the Zambezi Valley.

I got involved in the CAMPFIRE project (Communal Areas Management Program for Indigenous Resources), which was fairly ground-breaking at the time, to try and allow local communities to benefit from tourism in their areas. In the mid-nineties, it ran with tremendous success and small owner-run lodges were springing up throughout the country.

At this point, my then partner and I bought a 12-bed lodge in a remote bay on Lake Kariba and established walking safaris on a wild concession in a communal area which was a good 7 hour drive to the nearest town! 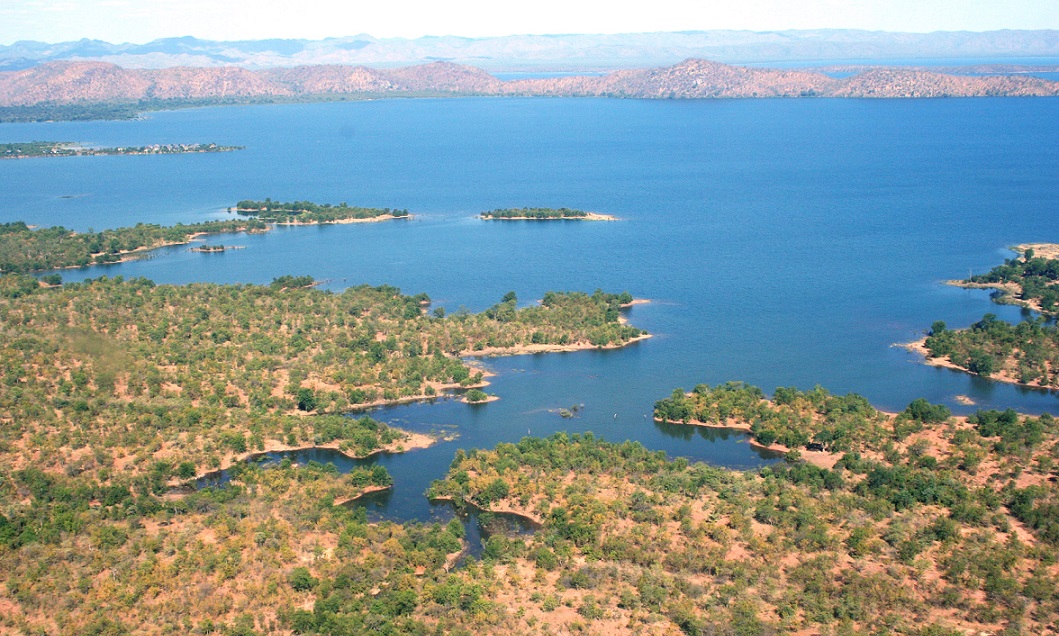 Sadly Zimbabwe’s tourism industry crumbled in the early 2000’s, so I chose to go elsewhere to try guiding and was able to discover the rangelands of Western Australia, before embarking on a mountaineering course in the Canadian Rocky Mountains.

I passed this course with distinction and on the back of that, spent a season guiding up in the far northern wilderness of Canada. Spectacular scenery, bears, wolves, moose and wild rivers will always make this spot an all-time favourite of mine with incredible experiences with those game enough to experience it.

I returned to Africa in 2011 and found myself in Ethiopia, setting up camps in some of the more remote border regions. I found the country absolutely fascinating and like nothing I’d ever experienced further South in the continent. It wasn’t long before I was back in the tourism circles and running trips throughout this incredible country. 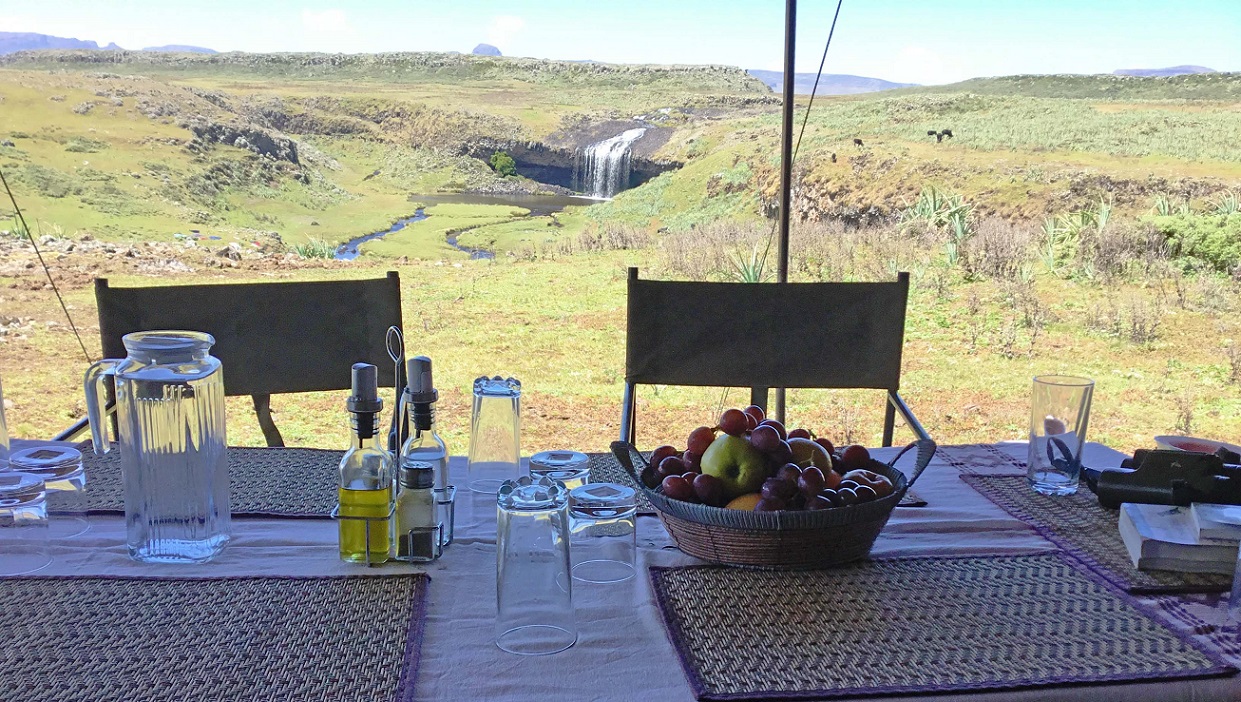 We set up the first luxury mobile camps in Ethiopia, partly because general accommodation was so poor then, but again, because this gave me opportunity to explore the remote side of the country and meet with people and cultures that absolutely fascinated me.

Although wildlife has always been my main interest, in Ethiopia, it became a part of a wider story, not the primary focus. Endemic flora and fauna abound in the country though and it has been a whole new learning experience. 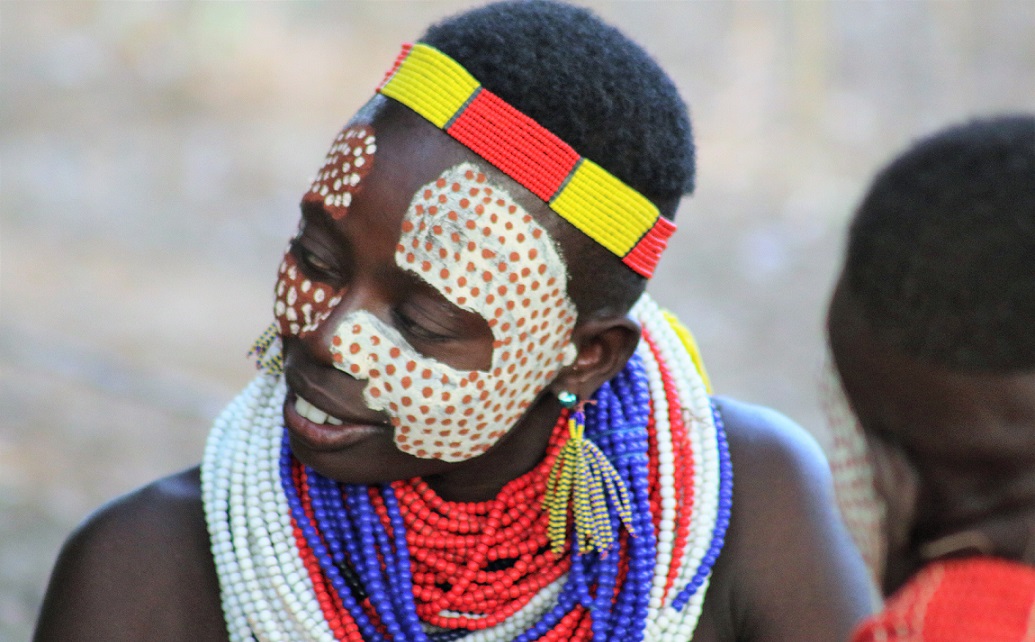 The band of countries in the North and East of Africa now have my full attention. From Chad in the West, to Eritrea in the East, there are some absolutely beautiful destinations to explore and discover. Ethiopia is where I choose to be, but the whole region is where I choose to explore. With unbeatable cultures, history and wildlife, this region is any guide’s dream destination.’’

If you would like more information about unique, exclusively guided travel in Africa with specialist, expert private guides then do please feel free to contact me directly or at the Explorations Company.