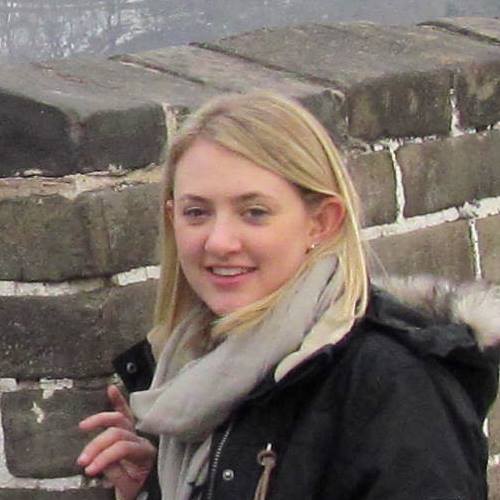 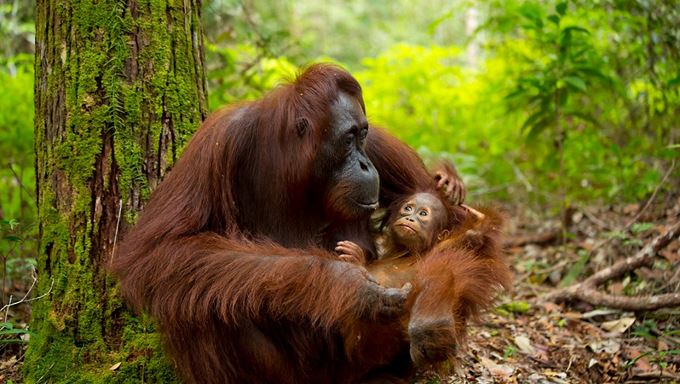 The majestic orangutan is one of the most well-known species of primate in the world and plays a vital role in maintaining the health of Borneo's rainforest by acting as gardeners dispersing seeds. To see one swing from tree to tree with ease is an astounding sight to behold, so it is devastating to know that numbers have declined by at least 50 percent over the last 60 years and this number is only increasing; they are now critically endangered and are at extremely high risk of becoming extinct in the wild.

Habitat destruction is one of the biggest risks to the orangutan due to the large swathes of rainforest that are currently being converted to agricultural and plantation land. 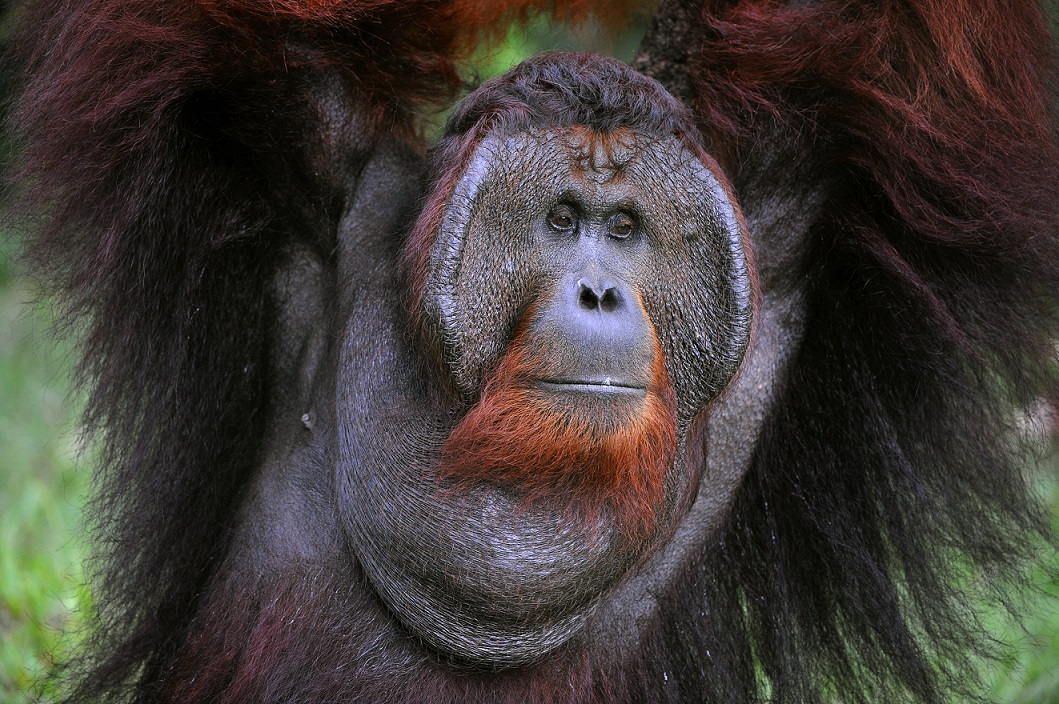 However they face a complex situation; they are also easy prey for hunters and poachers, who either kill them when they move into agricultural areas to search for food, or capture them to be sold. Females are the most sought after and those with offspring are the most highly prized; the young are often sold as pets whilst the mother is killed and her bones sold to be used in traditional medicine.

There are many more species at risk in Borneo too. The pygmy elephant, the smallest and least understood subspecies of Asian elephant, is classed as endangered. These endearing creatures are having their boundaries restricted more and more as logging, agriculture, palm oil plantations and increased population are encroaching into their habitats and pushing them to the edge. This is having dire effect and an estimated 20 percent of pygmy elephants have sustained injuries from illegal snares. 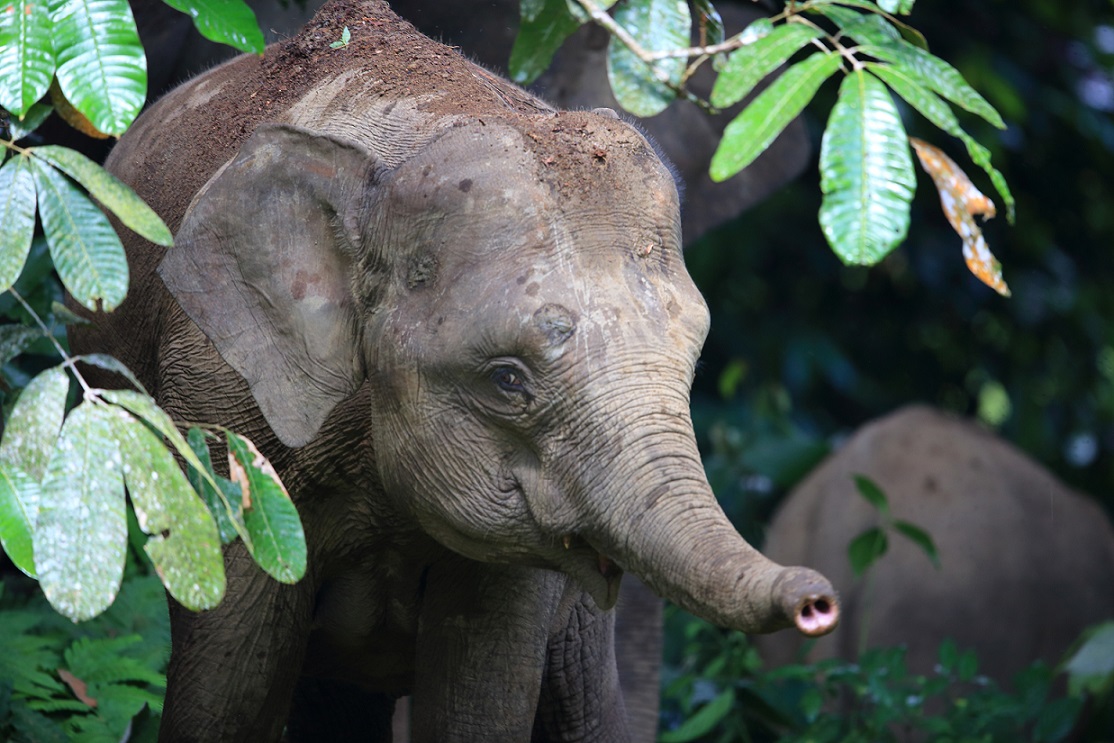 The unique proboscis monkeys, with their oversized noses and bulging bellies, are endemic to Borneo and co-exist with orangutans. Like the orangutans their habitat is being destroyed at an alarming rate.

These are just a few of the most well-known animals that are at risk but these rainforests, which hold a wealth of biodiversity, are being destroyed at a rate of 1.3 million hectares per year threatening unique and precious species of plants, animals, insects and birds. However, all is not hopeless and there are a few wonderful organisations who are doing amazing work conserving the rainforest and its inhabitants, which you can support as part of your holiday to Borneo.

The Kinabatangan River, the longest river in Sabah at approximately 560km, brings down an enormous amount of nutrient-rich sediment that supports a rich floodplain ecosystem in riparian forest.  Much of this forest has been logged for vast swathes of palm oil plantations, but the Kinabatangan Sanctuary remains as a thin ribbon of forest on either side of the river, pressed in on all sides which forces the wildlife into this man-made wonder. 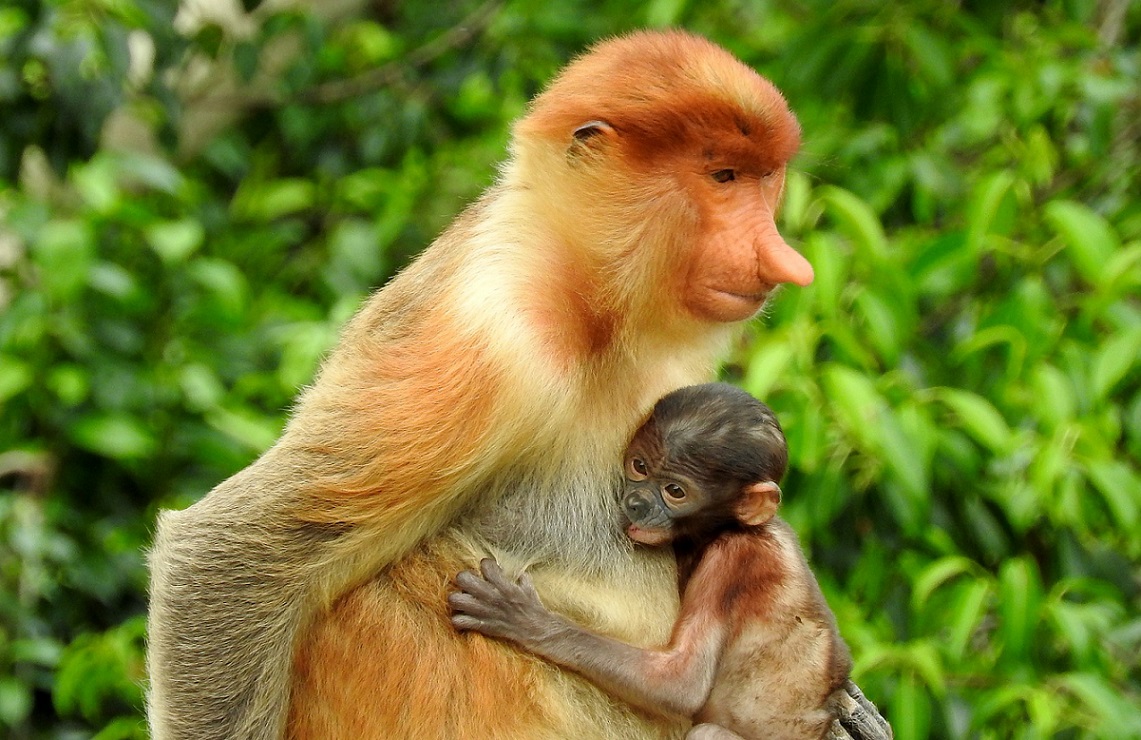 The sanctuary supports a population of about 200 Bornean pygmy elephants as well as orangutan, Bornean gibbons and a high density of endemic proboscis monkeys. Other species here include: 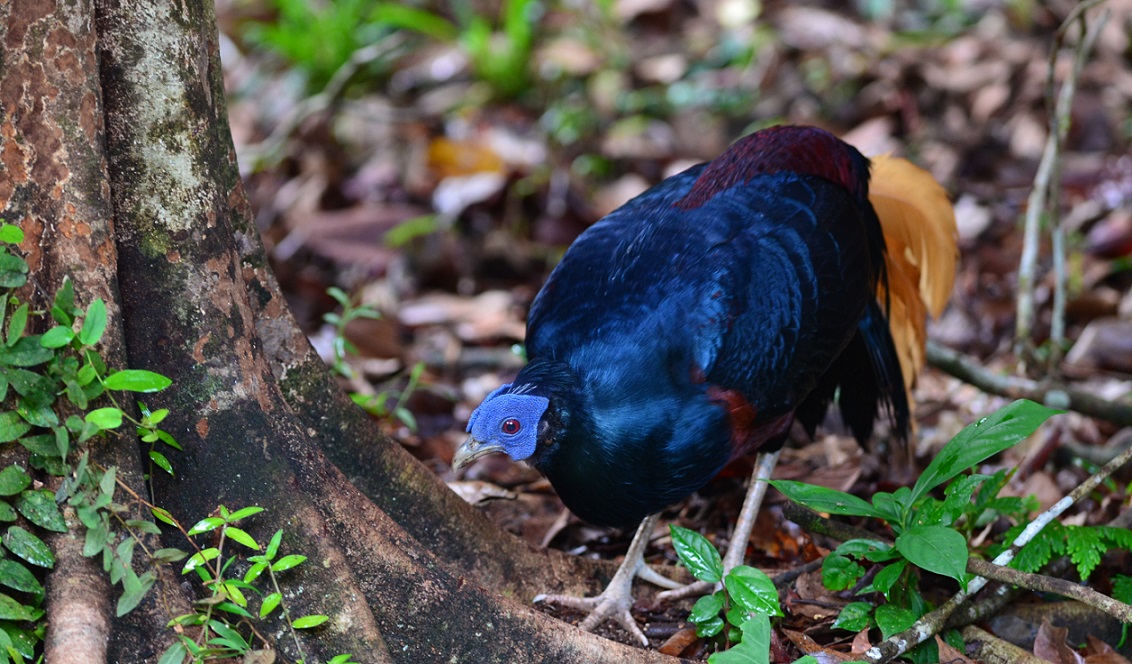 Perched on the banks of the Kinabatangan, this lodge has an ideal location from which to get out and see the magnificent creatures in the Sanctuary. One of 25 National Geographic lodges worldwide, Sakau Rainforest Lodge is an eco-lodge that is 100% self-sufficient on water, has banned single use plastic and contributes to local community and conservation projects through its profits.

Twice daily boat safaris with knowledgeable guides are carried out from Sakau Rainforest Lodge. These take place in the morning and evening which allow for the best chance of seeing the wildlife. 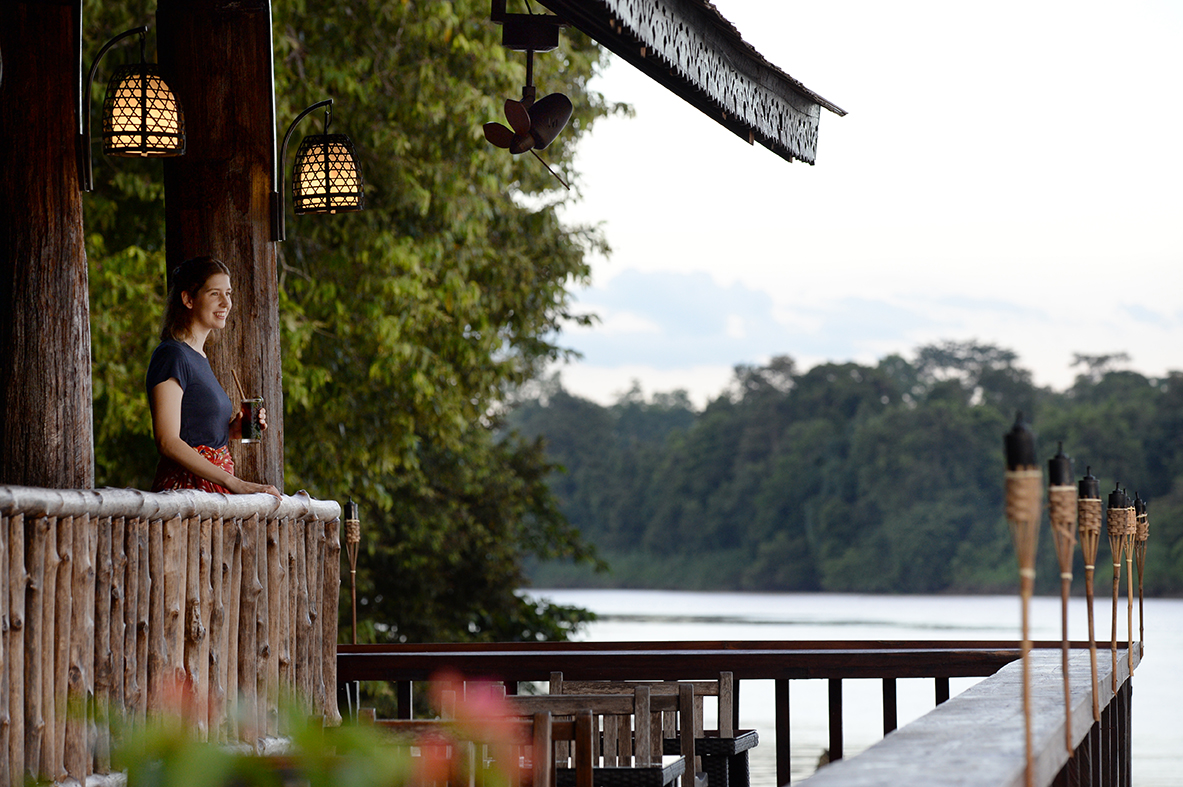 As a result of the support of Sakau, a Borneo charitable project BEST has been able to carry out numerous community and environmental projects throughout Sabah such as providing water tanks for rural communities, support for bee farming, assisting Borneo Land Conservancy as well as many other projects.

Before arriving at Sakau be sure to visit the Sepilok Orangutan Rehabilitation Centre where one can learn about the plight of these splendid creatures and see first-hand their conservation efforts. If you arrive by 10:00 you will also be lucky enough to see the feeding of the orangutans first-hand. 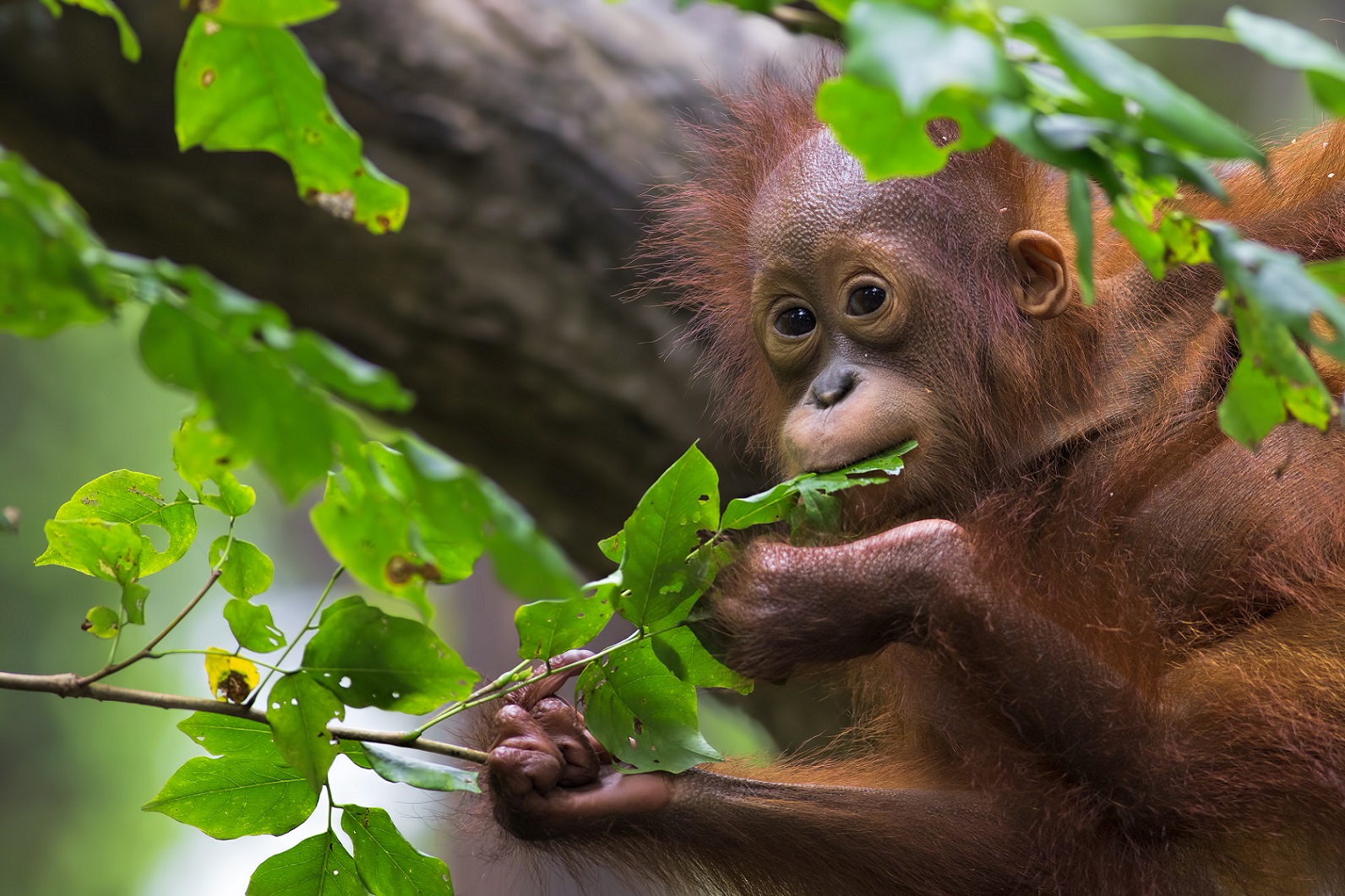 Here they rescue orphaned orangutans who, in the wild, would spend 5-6 years with their mothers and just like a human baby cannot survive alone. The centre helps to teach the orphans how to survive and at the same time closely monitors their health to ensure they have the best chance of thriving. Over time the orangutans become less dependent on their carers and eventually voluntarily return to the forest to live in the wild.

It is also possible to visit the Sun Bear Conservation Centre to learn about conservation of the world's smallest bear, which has earned the nickname ‘honey bear’ for their love of honey. These adorable little creatures are the only bear indigenous to South East Asia and are suffering in the wild. 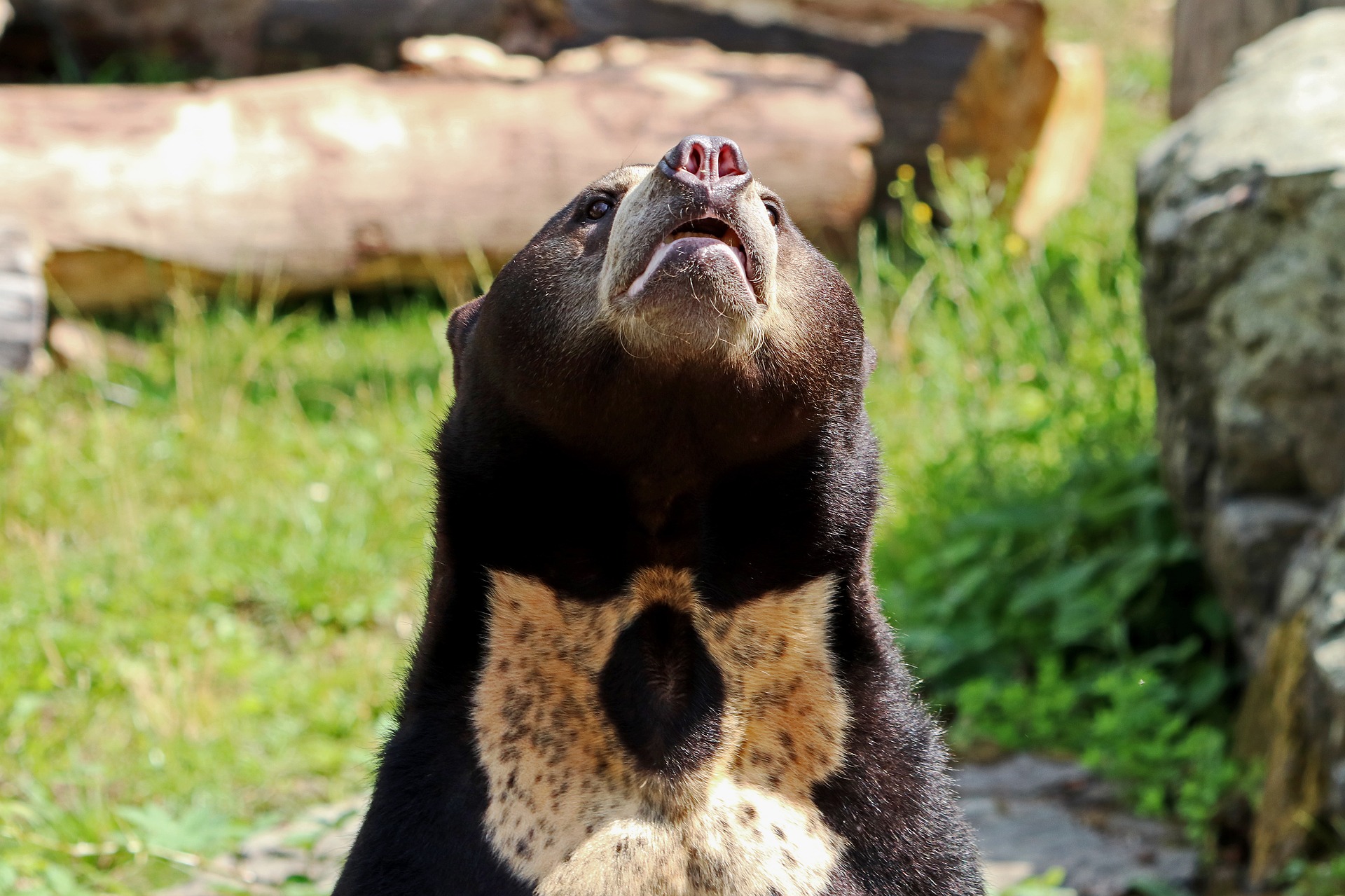 Their prized cubs are often captured and sold as pets and the adults are killed and body parts used for traditional medicines. The centre provides a natural environment for rescued bears that have been liberated from captured conditions, and facilitates their rehabilitation so that they may return to the wild.

If the Kinabatangan is the lifeline of Borneo then the Danum Valley is surely the beating heart. It is one of the greatest remaining ancient rainforests at an estimated 130 million years old; considerably older than the Amazon rainforest and only just beaten in age by the Daintree Rainforest in Australia!

The Danum Valley, some 438 sq. km of predominantly lowland rainforest, is home to some of the world’s rarest flora and fauna. Although this area is protected the surrounding region is under constant threat from the ever-expanding palm oil industry that is taking over much of South East Asia, as well as from habitat destruction and poaching. 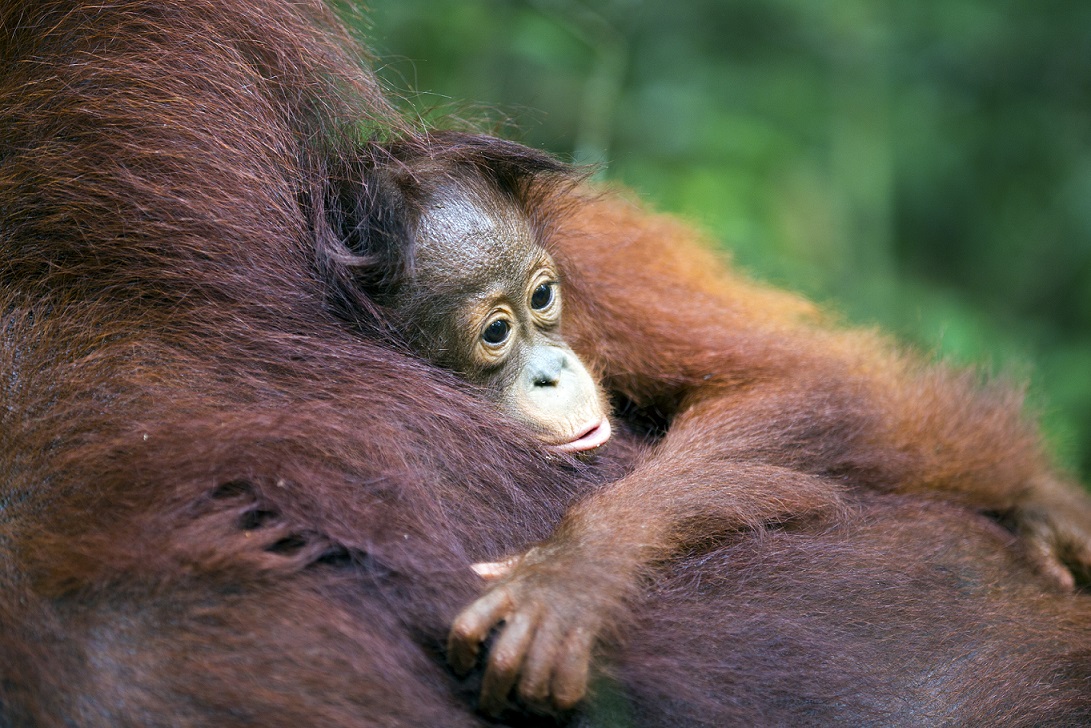 It is estimated that in the last 20 years, 3.5 million hectares of Indonesian and Malaysian forest have been destroyed. Despite an increase in global awareness of just how important preserving the rainforests and wildlife is, not nearly enough is being done to stop illegal deforestation and legal palm oil and rubber plantation industries.

The conservation area and its surrounding forest is an important habitat for orangutan and has a rich diversity of other large mammals including the Bornean pygmy elephant, banteng, Malayan sun bear, clouded leopard, bearded pig and five species of deer. Danum Valley also provides one of the last refuges in Sabah for the critically endangered Sumatran rhino. 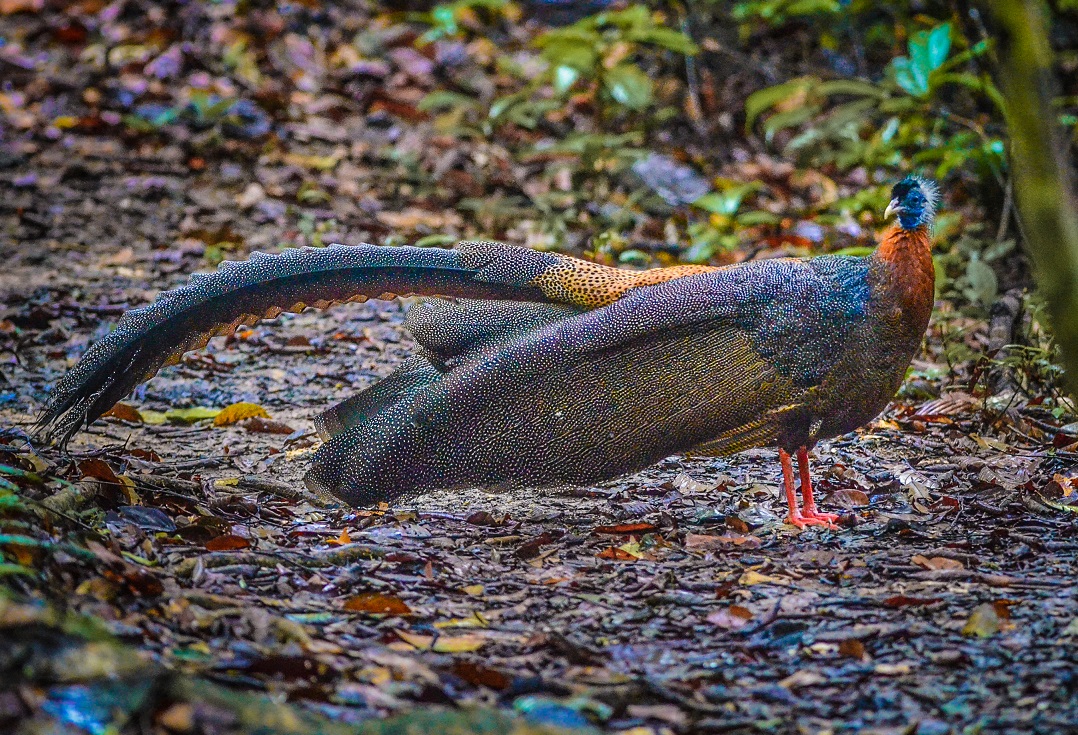 Bird diversity is very high and over 300 species of bird have been recorded, including the Bulwer's pheasant, seven species of pittas, the Borneo bristlehead and all eight species of hornbill native to Borneo. The rare Wallace flying frog, soft shelled turtles, skinks, vipers, more than 40 species of fishes and a profusion of butterflies, such as the spectacular Rajah Brooke, can also be seen.

The Danum Valley Conservation Area is one of the forests that is managed by Yayasan Sabah or the Sabah Foundation – a quasi-governmental organisation that is tasked with two functions;

It may sound Utopian but it operates in a sensible and practical way. The Borneo Rainforest Lodge is their biggest such project. 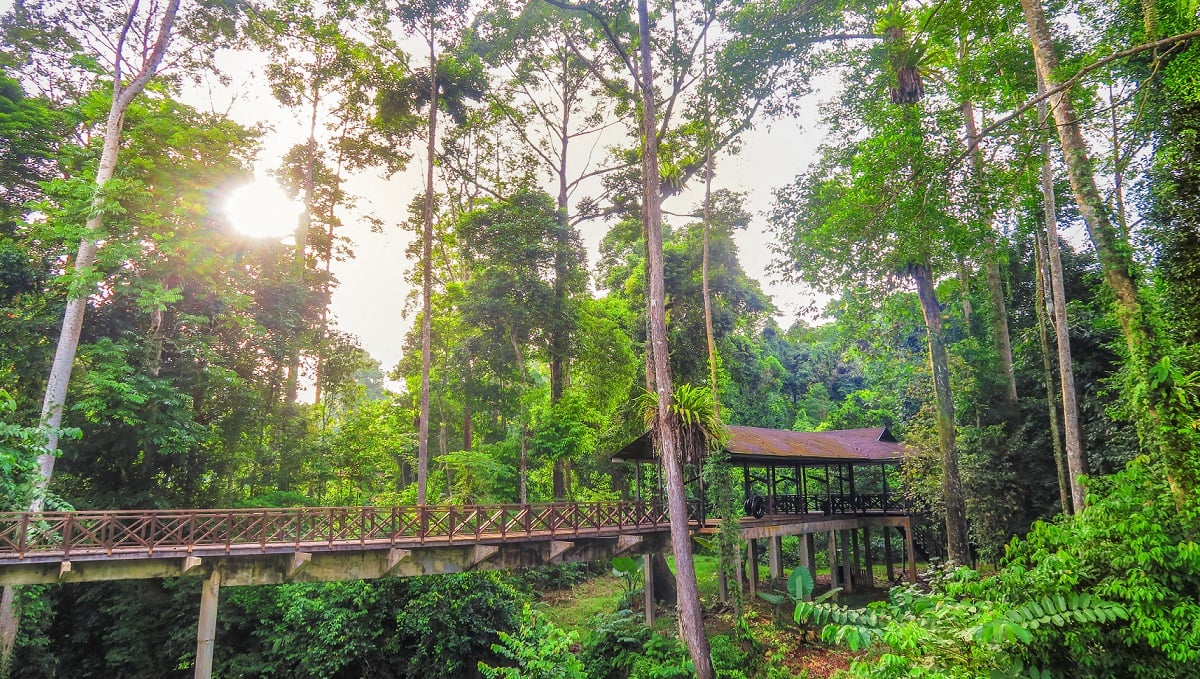 The Borneo Rainforest Lodge is strategically located in the heart of the Danum Valley Conservation Area, near the Sabah Foundation’s research centre. There are over 320 species of trees found in just one hectare of jungle, with many rare and endangered animals among its habitants, and the lodge is a true paradise for bird watchers, with more than 275 species of bird recorded so far.

Encounters with mouse deer, lizards, butterflies and several species of monkeys are quite common. One can frequently see the orangutan or a herd of elephants roaming around in the jungle. During a stay here one ventures out on morning and afternoon excursions with the aim to see as much wildlife as possible.

The loss of rainforest, jungle and grassland not just in Borneo but also worldwide is a worrying trend and despite increased knowledge and awareness not nearly enough is being done to preserve these vast areas for generations to come. These organisations are working hard to conserve the wildlife and ecosystems in Borneo. If you would like more information please do feel free to contact me. 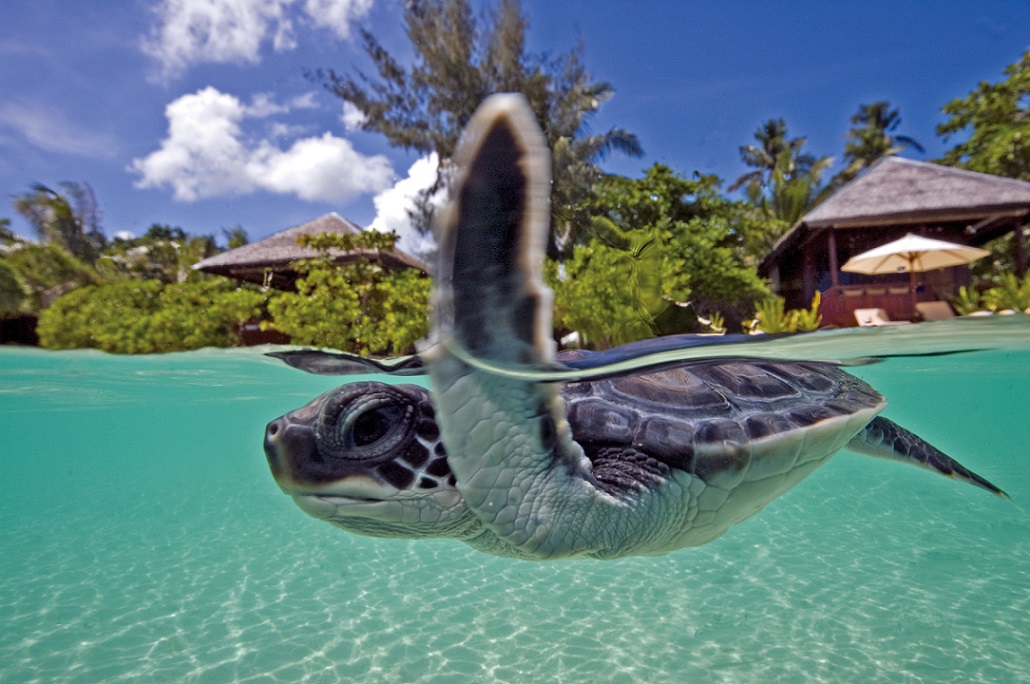 Why is Indonesia a great destination for active family holidays?

Families are always looking for unique adventures to make the travel experience active and fun for the whole family. ‘Fly and flop’ holidays are a thing of the past as families look for ways to turn their holidays more educational, healthy and exciting. 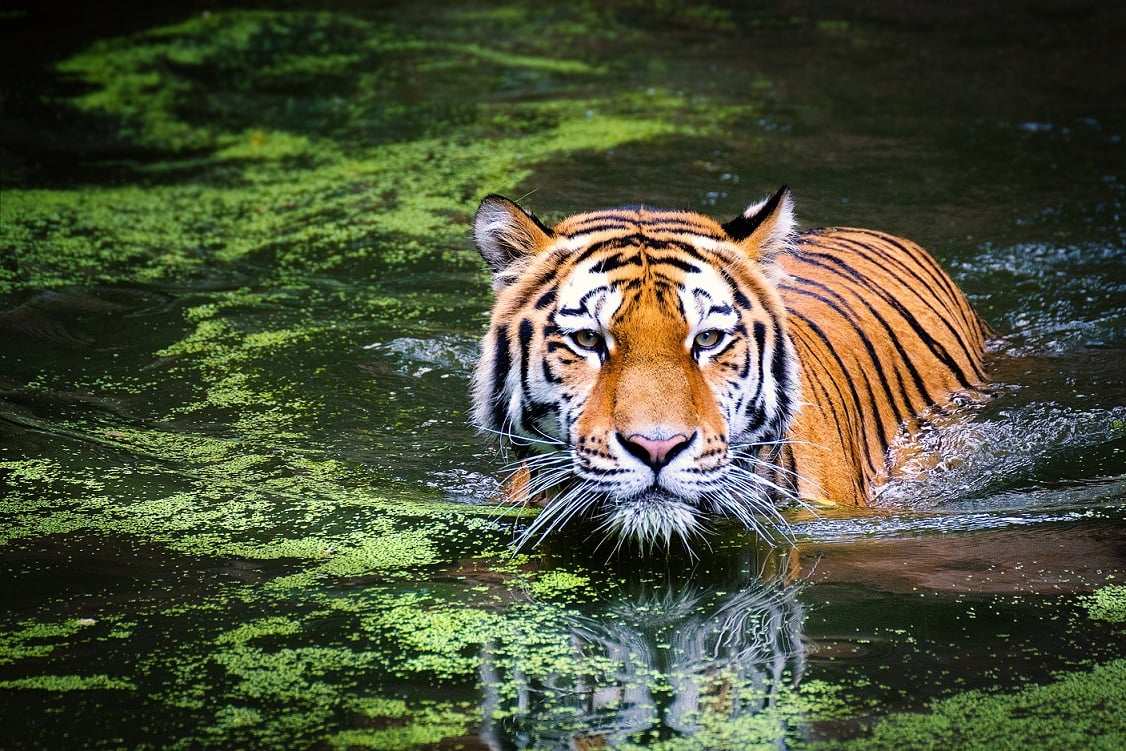 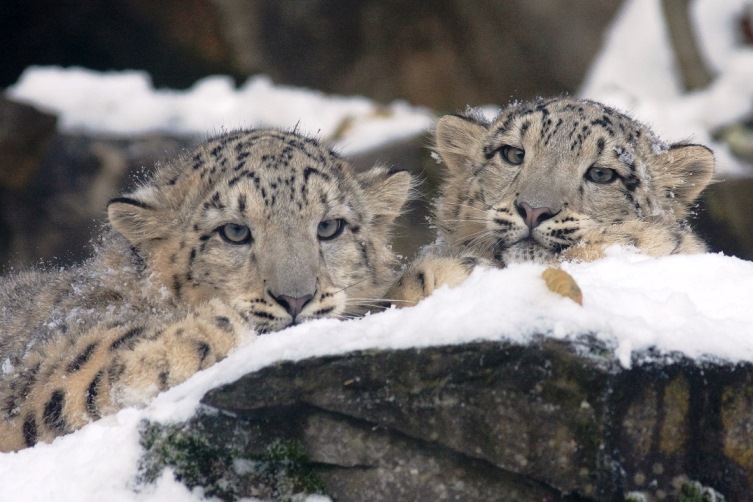