The Most Epic Motorcycle Ride Across Antarctica

A New Journey of a Lifetime

We are extremely proud to have been organisers of Royal Enfield’s successful 2021 attempt to ride two “Himalayan” single cylinder 410cc adventure motorcycles to the South Pole, inter alia celebrating the 120th anniversary of the founding of this wonderful marque in considerable style.

The team, with the assistance of our Polar logistics partners, rode in to the Pole on 16th December 2021 after an arduous journey that included severe blizzards and deep cold. We offer our hearty congratulations to Royal Enfield and the two riders with whom we have worked tirelessly for the last two years to turn a fantastic idea into reality. 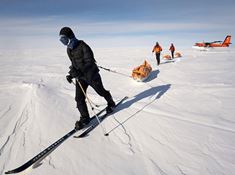 If you’ve a taste for more extreme adventures, then we can arrange some breathtaking experiences from private expedition cruises, flying to remote emperor penguin rookeries or skiing the last miles to the South Pole.

Experience the sight of icebergs the size of tower blocks floating past and the thrill of seeing your first humpback whale off the bow of your ship or your first penguin colony on a shore landing. 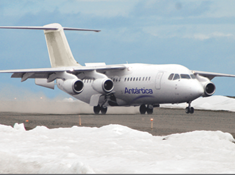 Maximise your holiday time in South America by choosing to fly across the Drake Passage to the Antarctic Peninsula, saving you four days of voyaging by sea across the ‘Drake Shake’. 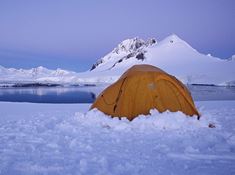 Set up a tent at your overnight camp on the ice under the midnight sun. You could also try sea-kayaking, snowshoeing, climbing or diving, getting you close to the marine wildlife such as seals and penguins. 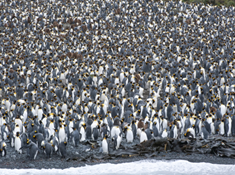 If you have the time for a longer voyage, head to the islands north of the Antarctic Peninsula for the most incredible sight of a vast colony of king penguins and many species of marine mammals and sea birds.

After organising a huge preparation programme, including testing on European glaciers, we shipped the bikes from the UK to South Africa and onward to Antarctica. The team, including filmmakers and two highly experienced guides, travelled to Cape Town where they spent time in isolation before flying under strict bio-protocols from Cape Town to Novolavarevskaya Station in Antarctica.

Here they spent four days acclimatising, loading supplies and checking the equipment and motorcycles. From Novo the team then set off in two vehicles to cover an overland distance of more than 3000 km, braving extreme climatic conditions and temperatures. Their aim was to reach the far side of Antarctica at the edge of Ross Ice Shelf, in the extreme south of Antarctica, before starting the ride to the Pole.

Nearing the top of the Leverett Glacier, not far from Ross, an unexpected and severe storm forced the team to alter course with the result that they started riding back towards the South Pole from a point at 87 degrees South. Despite adverse conditions and physical difficulty, the expedition team completed the quest on December 16, 2021, creating a moment of history.

For this expedition, the two Himalayan motorcycles were suitably modified in-house by Royal Enfield, although they were deliberately left as near “stock” as possible. The motorcycles were ridden on a pre-existing compacted supply track, reducing drag (and therefore emissions) to a minimum. During the entire expedition it was ensured that nothing was left behind in Antarctica except wheel tracks which will have quickly been lost to snow drift.

It has been a great pleasure and an honour for the Explorations Company to create and oversee this successful expedition, especially for such a venerated and long-established brand as Royal Enfield.

Our trip to Belize was wonderful! Thank you very much for the effort and thought that you put into it which made it such a pleasure and relaxing trip.
Family Holiday to Belize

The Explorations Company provides the kind of service that I simply didn't know still existed!!
A holiday to Ecuador

Once again, Nicola, your guides were wonderful. So kind, fun, knowledgeable – he made the tour fun for all of us – especially the kids. Finch Bay is BEAUTIFUL.
A holiday to The Galapagos Islands

We really had an amazing time, thank you for organizing such a nice trip. We look forward to our next one!
Family Holiday to Peru

It was a great surprise to find wine chilling in our room which we drank with our friends as we watched the sunset over the ocean, what a great way to spend a birthday!
A birthday treat in Costa Rica

From touches like staying in some incredible places that we would have never know about with help from Louise, to a fun packed day for our daughter’s 11th birthday (zip lining, horse riding & white water rafting).
A fantastic 2-week family adventure in Costa Rica

Thank you so much for organising everything – you have been incredible and I will certainly recommend your company to anyone who will listen!
Family Holiday to Costa Rica

Please accept our sincere thanks for all the work and planning that went into making our trip pleasant & memorable. The organisation and planning was very well done and its execution flawless.
Grand Tour of Chile, Argentina & Ecuador

I wanted to take a moment to say thank you for an absolutely fabulous vacation to Ecuador and Galapagos islands.
Family holiday to Ecuador & Galapagos

Take the first step on this extraordinary journey