A Gift Guide for Billionaires 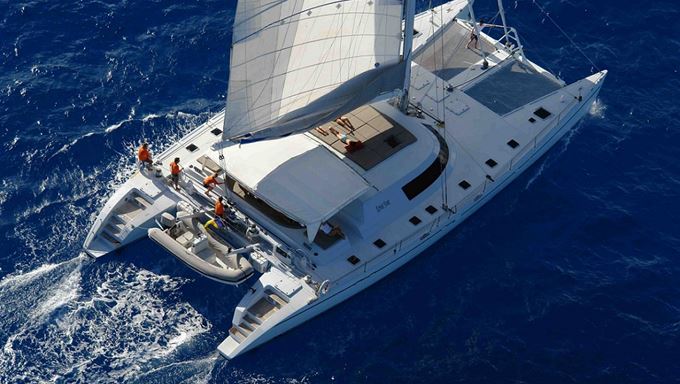 Billionaires, am I rite? They didn’t get to where they are by wasting money on frivolous things, which means the task of buying a present for one can feel especially fraught.

Luckily we’ve spent the past year covering the cream of the luxury crop in food, travel, real estate, art, style, and sports and came up with gifts any mega wealthy macher would appreciate. Because when money is no object, true titillation is more about the exclusivity, experience, and return on investment—and yes, sometimes a really, really big beach.

A Chance to Discover a New Sea Creature

Hiring a photographer to Instagram a vacation is so 2016. The accouterment of choice these days is a marine biologist.

In the less frequented of Indonesia’s 18,000 tropical islands, Rascal Voyages is outfitting its 30-meter boats—newly built renditions of traditional wooden phinisi, minus the sails, with super cushy above-deck cabins—with researchers from Conservation International, whose projects involve everything from counting turtles to tagging hammerhead sharks with spear guns in the Banda Strait. Meanwhile, off the East African coast, Explorations Co.’s lovely catamaran hosts scientists tracking whales and dolphins. They use the data they collect to protect ocean wildlife.

“You’re gonna have great cocktails,” says Rascal founder Stephen Ebsworth, “but you’re gonna have a positive impact.” There’s even a chance researchers may discover new species of marine creatures, like the “walking sharks” they found in 2013. Who knows? With the right amount of charm (read: foundation money), your billionaire may even get a sea creature named after them.

Cost: Rascal Voyages charters run $12,000 a night for the whole five-cabin ship, with typical voyages lasting 5 to 10 nights (price includes full board and all activities but, sadly, not alcohol); Explorations Co.’s 75-foot catamaran is €79,000 ($89,600) per week for up to six guests, plus a €5,000 donation to the marine biologist’s employer (price includes activities but not meals)