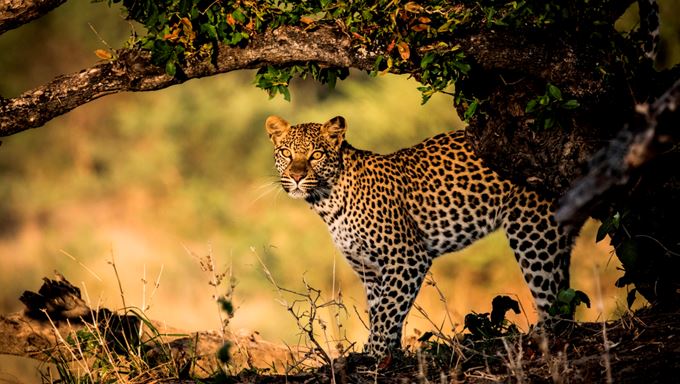 With a magical location among the endless wildlife-rich plains of the Moremi Game Reserve, Little Mombo Camp should be on every safari enthusiast’s bucket list. A top-to-toe rebuild has elevated the camps to the highest sustainable standards and a style that doesn’t scrimp on luxury.

Renowned as “the Place of Plenty,” the enormous number and variety of wildlife around Little Mombo makes it a hugely sought-after wildlife-viewing destination.

Rebuilt in 2018, Little Mombo is a celebration of conservation and, together with Mombo, is the spiritual home of the Botswana Rhino Reintroduction Project. It combines luxury and service excellence with the amazing natural splendour that is the Mombo wildlife area.

The Mombo Concession comprises 45 000 hectares (111 000 acres) and is located on Chief’s Island – the largest land mass that lies slantwise in the central Okavango. In the interior, mopane woodland is interspersed with belts of Kalahari sand and acacia. Towards the edges of the island, regular seasonal flooding creates shallow floodplains dotted with wild date palm islands and riverine forest.

The Mombo Concession is more familiar to those who dream of the Africa of wildlife documentaries with open grassland plains dotted with acacia trees and thickets. Ancient floodplains, long since dried up, form permanent savannah divided by swathes of dense mopane and acacia woodland. Raised, tree-covered islands ranging from a single termite mound to large landmasses are common. Trees such as real fan palms, sycamore figs, jackal berry and mangosteen characterise these island communities separated by open grassland and fragrant wild sage.

The sheer numbers and diversity of wildlife surrounding Mombo Camp all year round ensure that you have a breath-taking big game viewing experience: from herds of buffalo to the diminutive steenbok (a pretty dwarf antelope), to elephant, southern giraffe, impala, blue wildebeest and Burch ell’s zebra.

Many prides of lion and leopard are found there; and even smaller predators like serval and side-striped jackal are occasionally seen. Specialist carnivores like cheetah and wild dog are also regularly seen in this productive area.

Where is Little Mombo located?

Both Little Mombo and Mombo Camp are situated on Mombo Island, Botswana, an extension of the north-western end of Chief's Island which effectively splits the Okavango Delta into east and west. The whole of Mombo Island and indeed Chief's Island, fall within the Moremi Game Reserve. This zone is also marked for low-intensity safari usage, making both Little Mombo and Mombo Camp incredibly exclusive and remote.

The abundance and variety of wildlife owes much to the Mombo Concession’s positioning on the ecotone between east and west Okavango Delta. To the east lies the ancient Kalahari sands and grassland vegetation and to the west lies the more modern, water-borne sediments and vegetation of the Okavango fan. The annual cycle of flooding also allows large numbers of wildlife to utilise both habitats to the maximum.

What sort of accommodation is available at Little Mombo?

There are three suites that are as spacious as they are stylish. The chalets are open plan. The bedrooms have big beds with nets and mohair blankets, a writing desk complete with guinea fowl feather lamp and silver boxes for pencils. Then, there are large sofas, leather chairs and sherry decanters in the living room. Finally, the bathroom has twin showers with copious hot water, stylish ceramic twin basins, six towels per person, toilet and outdoor shower. A large deck stretches the entire length of the chalet and has sun loungers and tsala (sleeping platform) for the warm afternoons.

The main dining area is rather opulent with library, mahogany dining tables, big bar and viewing platform. There's a small pool and extensive curio shop selling everything from carvings to camera film.

What Activities are available at Little Mombo?