Spying on the Penguins 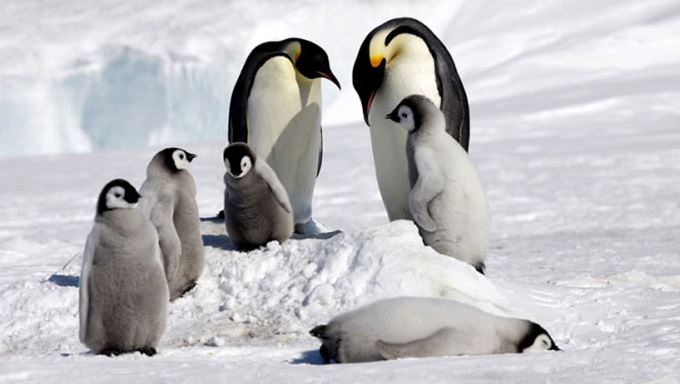 Penguins are one of nature’s most endearing birds with their comical waddle and curious nature. We simply can’t help but anthropomorphise these delightful creatures when we see their cheeky antics. But BBC1’s recent series ‘Penguins: Spy in the Huddle’ has been revealing that in fact they really are surprisingly like us in many ways.

Having been lucky enough to walk among numerous penguin colonies in Antarctica and Chile, I have loved watching the unique perspectives from ‘Eggcam’ and various other carefully disguised camera equipment in this series capturing the partnerships between the birds, which mate for life. The seabird that picked up the egg-shaped camera and flew over the rookery of Humboldt penguins unsuspectingly gave us a spectacular birds-eye view like no other and certainly a first for wildlife filming of penguins. Although I have seen many of these birds in real life and watched them shuffle past my feet on their way to the sea to catch fish, this up-close view of them is just wonderful. And indeed it is fascinating to see their behaviour when they think they are ‘alone’!

For your own close encounter with them, then there are a number of places to head to. To see some of the northernmost species, the Humboldt penguins, you could head to Peru or northern Chile, where the desert meets the ocean. There are even penguins on the Equator in the Galapagos Islands! Of course though, when one thinks of penguins, they are usually in a much colder environment. The ultimate wildlife experience is an expedition cruise down south to Antarctica for the perfect opportunity to see many species of penguins. Take a longer trip that includes not just the Antarctic Peninsula but also the Falkland Islands and South Georgia. This may reward you not just with a sighting of the acrobatic rockhopper penguins with their vibrant yellow brows in the Falkland Islands but also of a vast colony of King penguins, second only in size to their cousins, the Emperors, on South Georgia. Emperor penguins with their beautiful plumage and dramatic trials to raise their young chicks in the harshest of winter conditions are perhaps the most intriguing of these birds, not least because they tend to be found in the most inhospitable and inaccessible spots on the White Continent itself. However, you too can marvel at these stunning penguins from a site on the Antarctic Peninsula accessed from the South American mainland. Fly in from your ship moored in the Weddell Sea by helicopter and spend a couple of days at a remote rookery seeing the chicks and their mothers at Snow Hill. Wherever you wish to go to see penguins and whatever species you want to spot, let us know and we’ll help make your wishes a reality.

Contact us for our expert advice to plan your Antarctica holiday.